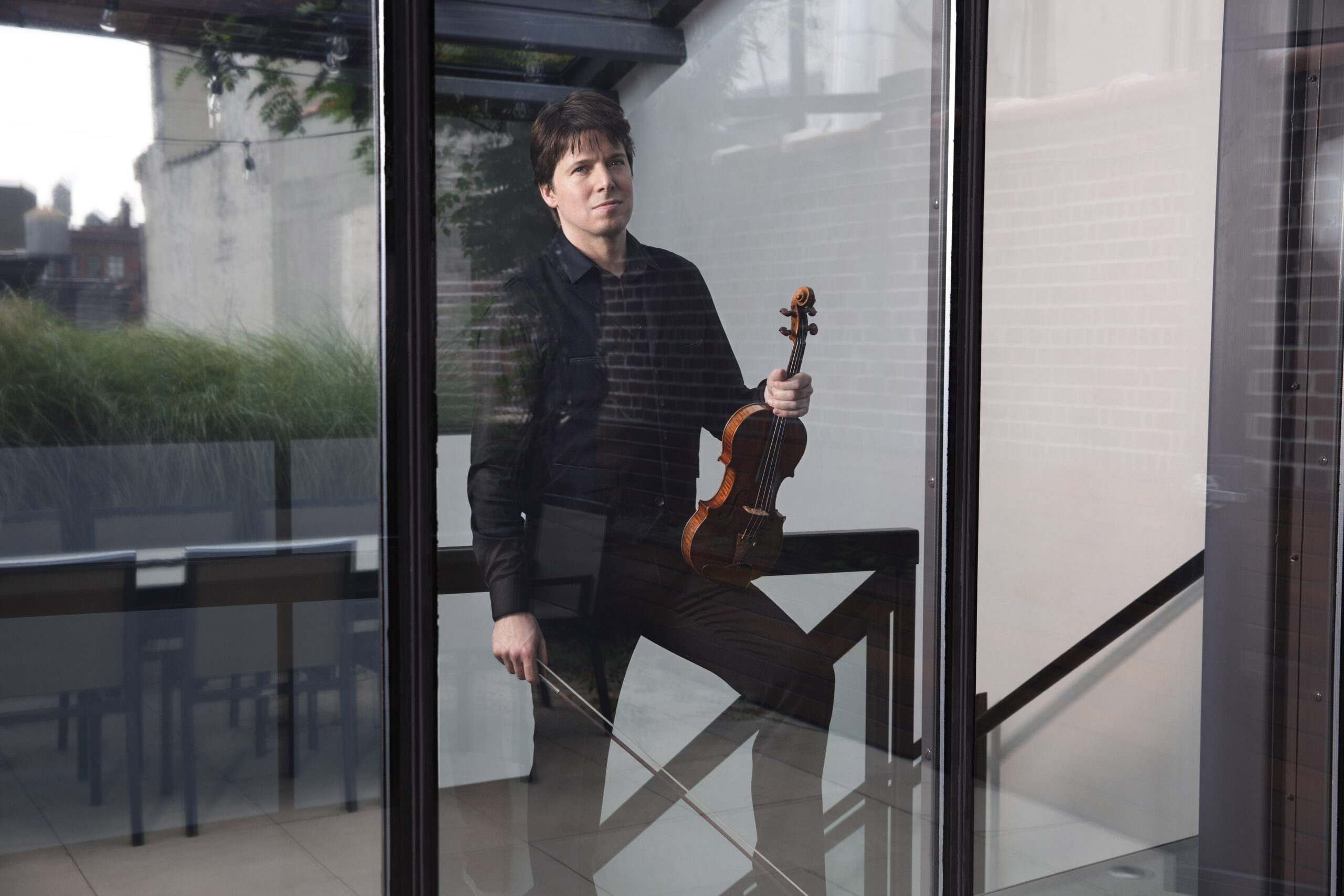 World renowned violinist Joshua Bell told CPR Classical’s Ray White that if there’s a silver lining to the pandemic, it’s that the performance lull has allowed him to take on new projects for which he may not have otherwise made time. He and his new wife, soprano Larisa Martinez present “Voice and the Violin” in Vail this Friday. It's their first concert since the pandemic began, and a creative follow-up to Bell’s successful recording, “Voice of the Violin”.

Friday's performance at Vail's Ford Amphitheater is presented by the Vilar Performing Arts Center in Beaver Creek with support of the Vail Valley Foundation. The limited number of tickets are already sold out, but video of the concert will be available on veeps.com for two weeks with a $20 access fee. Half of the proceeds go to support mental health and prevent suicide in the Eagle Valley.

A Star of Rare Stature

Bell travels to Colorado just as CPR Classical features him during our Summer of Stars lineup. As one of the most celebrated and sought-after violinists of our time, Bell has soloed with nearly every major orchestra in the world and collaborated on countless recordings. Here in Colorado, we’re lucky to have Bell as a frequent visitor, whether he’s soloing with the Colorado Symphony, bringing the Academy of St. Martin in the Fields to Bravo! Vail, or performing his first concert since the beginning of the pandemic.

An Indiana native, and officially an “Indiana Living Legend” as of 2000, Bell began playing violin at just 4 years old, and had a normal childhood playing video games and tennis. He began to really take violin seriously at age 12, when the violin master Josef Gingold agreed to take him on as a student and by age 14, he was making his solo debut with Riccardo Muti and the Philadelphia Orchestra. He’s been nonstop since then.

Perhaps Bell’s most notable venture is as the second music director in the history of the Academy of St. Martin of the Fields, preceded only by its founder, Sir Neville Marriner. The orchestra’s 2013 album, with Bell conducting Beethoven’s Fourth and Seventh symphonies, debuted at No. 1 on the Billboard charts. Bell’s recordings have earned him six Grammy Award nominations and one win for his performance of Nicholas Maw’s violin concerto. Bell has appeared on several movie soundtracks, including a collaboration with film composer Hans Zimmer for Angels and Demons and John Corigliano for The Red Violin, which won the Oscar in 2000 for best score. The violin at the heart of that film is a historical 1720 Stradivarius. Fittingly, Bell plays on an incredible 1713 Stradivarius with its own storied past, and which he essentially test-played at the 2001 BBC Proms before purchasing.

Beauty in the Mundane

While some stars these days get their break from a viral video, Joshua Bell was already long established when he appeared in a now famous 2007 video by the Washington Post, disguised as a busker in a bustling Washington, D.C. Metro station. The question: How would people react to a world-class artist playing a revered work during the hustle of rush hour? In the experiment, Bell plays music by Bach he had played for a packed concert hall only nights before. Of the 1,097 people to pass by, only seven stopped to listen and twenty-seven threw some change totaling $32.17. The main lesson was that we often don’t take time to appreciate the beauty that’s happening around us, even on our daily commute. The Washington Post journalist who covered the experiment won a Pulitzer Prize. Joshua Bell returned to the station, fully advertised as himself and gave one more concert to a much larger crowd.

Here, Joshua Bell once again turns to Johann Sebastian Bach in a virtual “thank you” to healthcare workers during the Covid-19 pandemic.