During this historic election year, Colorado Springs, a longtime Republican stronghold in Colorado, appeared steady and somewhat subdued in the morning hours of Election Day.

Cars and people steadily dropped off ballots and supporters of either presidential candidate, former VP Joe Biden and President Donald Trump, were few and far between early in the day. 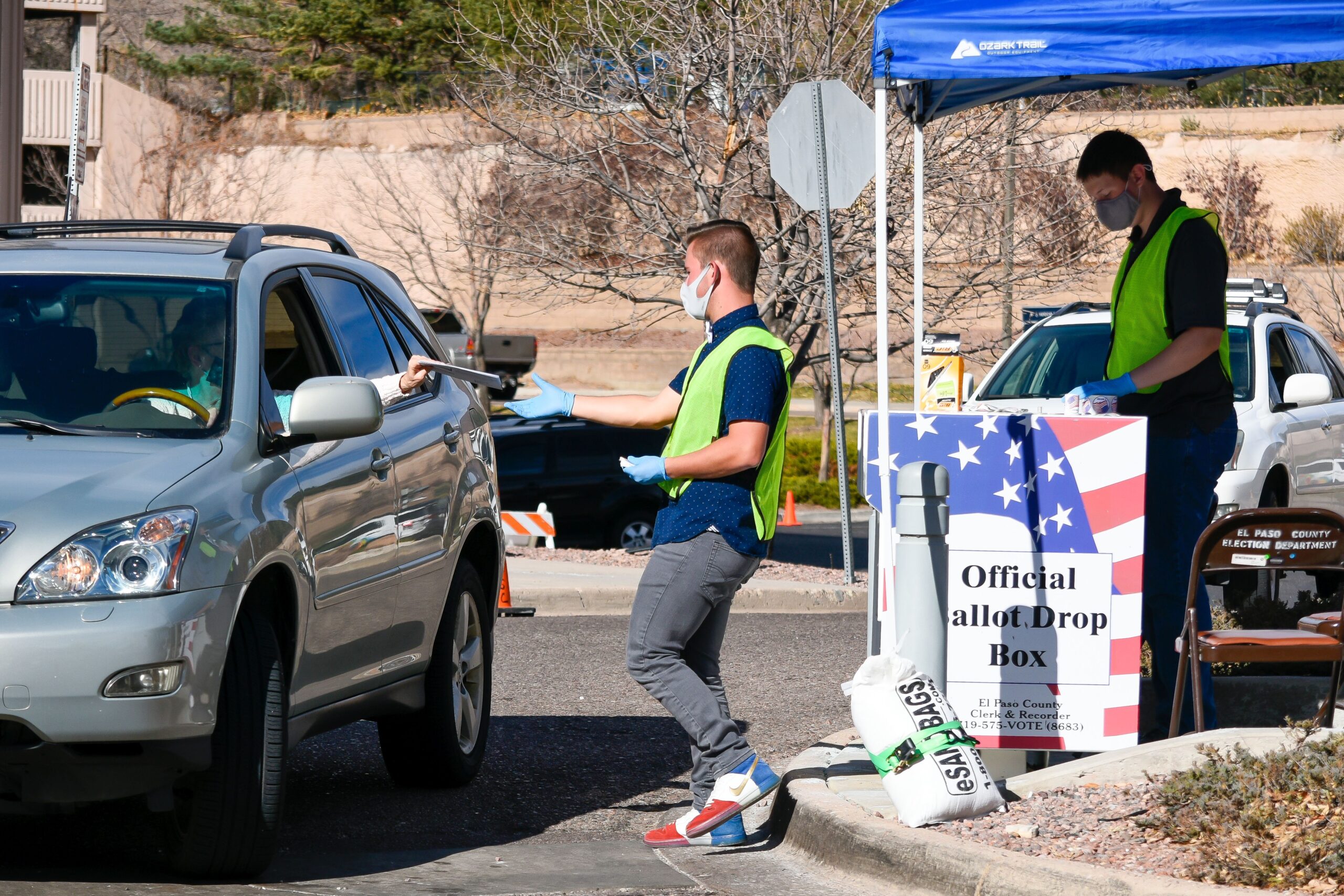 Bryan Oller/KRCC NewsBen Hellen collects ballots at the Citizen Service Center on Garden of the Gods Road in the northwest part of Colorado Springs. A steady stream of vehicles kept them busy throughout the morning. 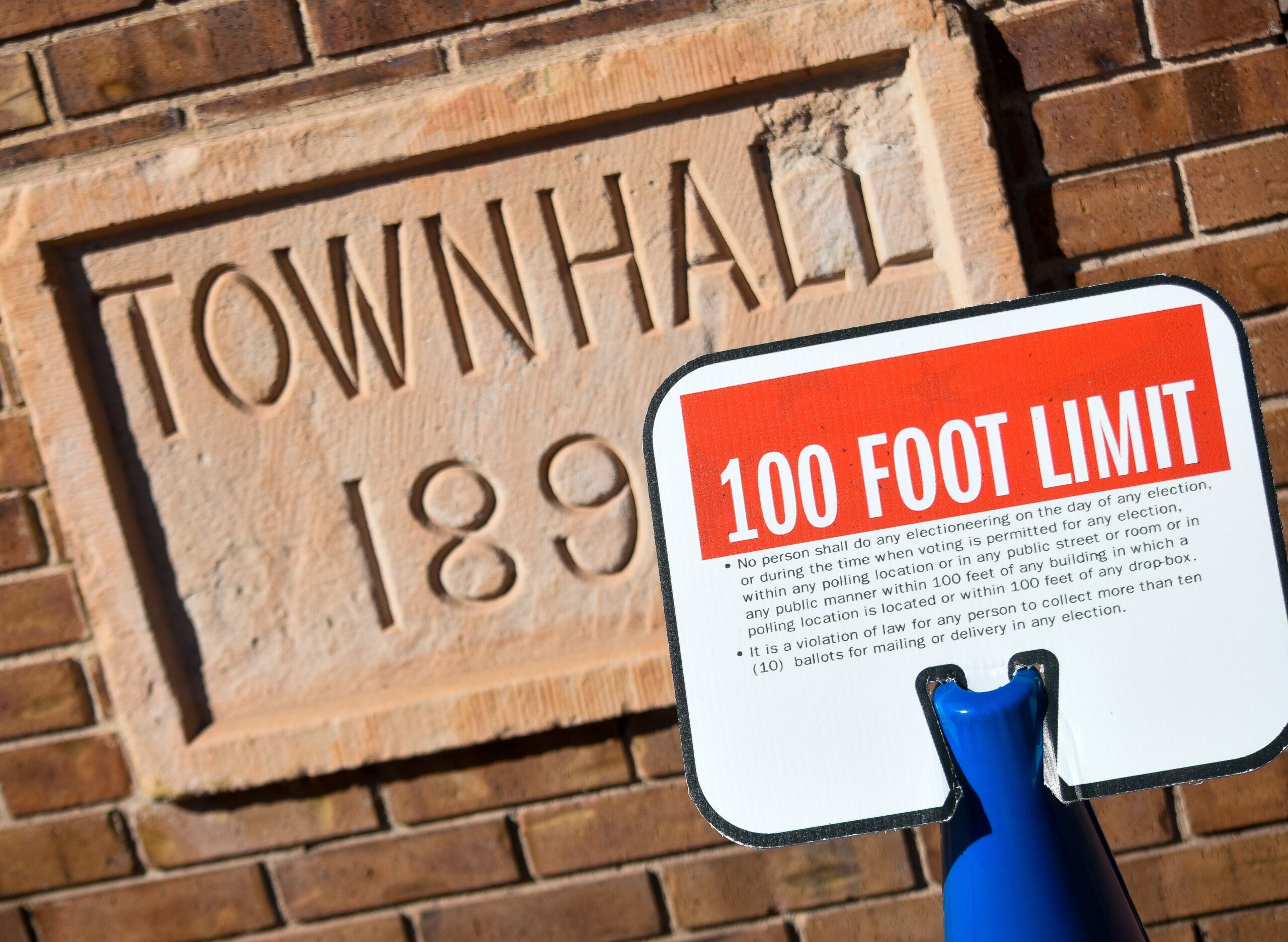 Bryan Oller/KRCC NewsManitou Springs Town Hall is one polling place for the city on Election Day. 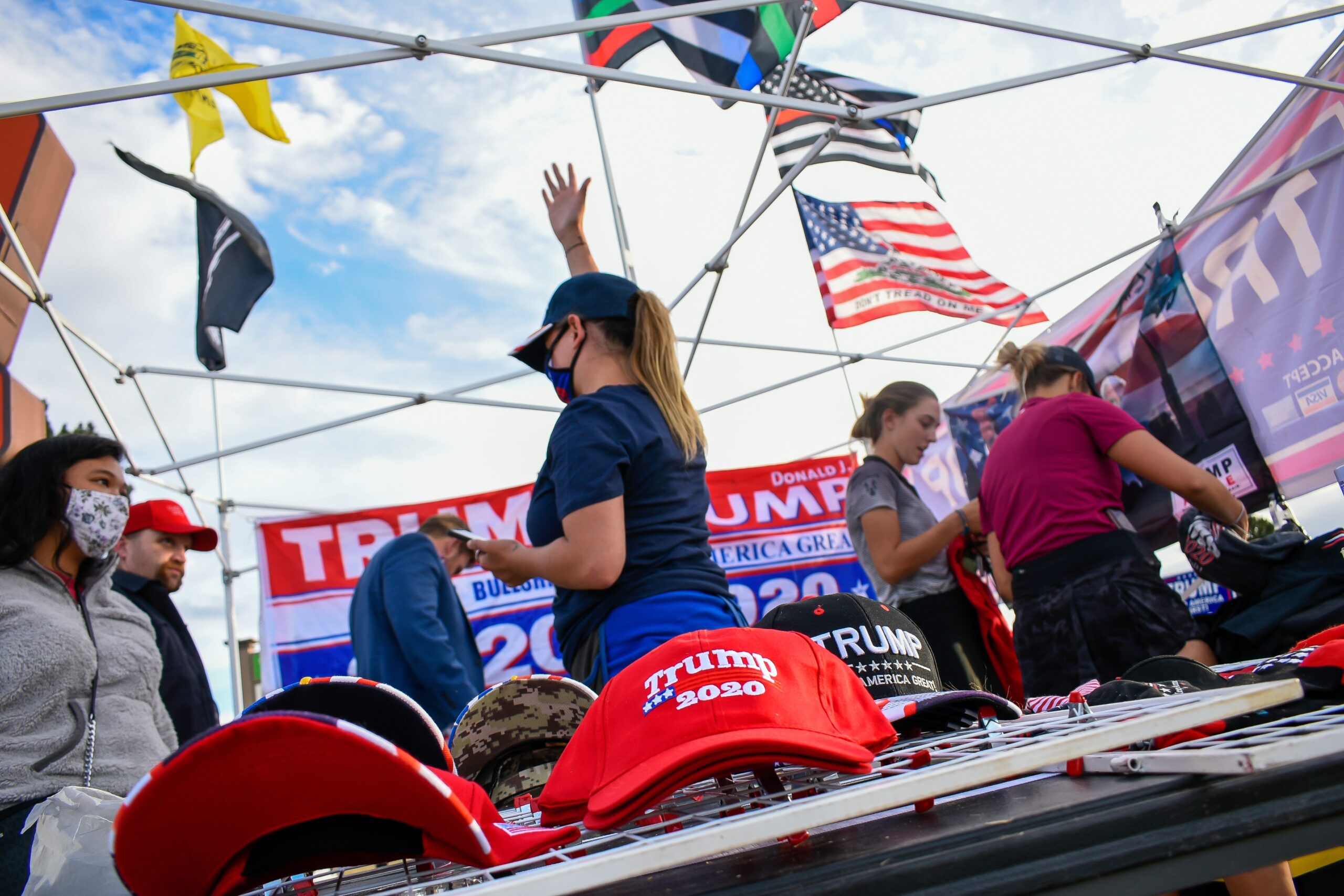 Bryan Oller for KRCCAmanda Lee, straightens up merchandise and talks with customers who shop last minute at the "Trump Store" for President Trump and 2020 presidential election memorabilia. Flags whipped in the late afternoon wind and several Trump and Biden supporters honked their horns. "I just hope after the election we can all remain neighbors," said Lee as she folded a stack of unfolded shirts.. 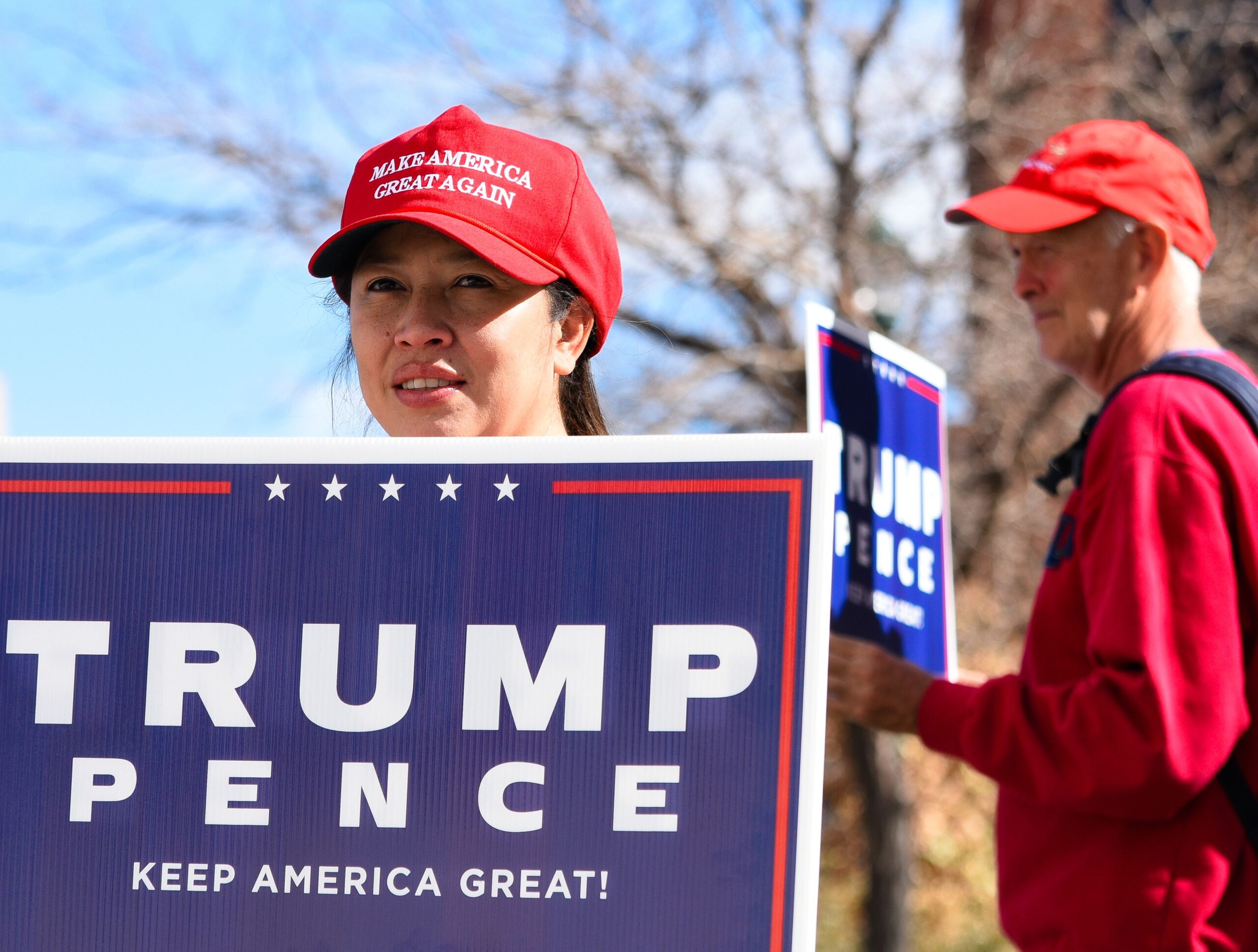 Bryan Oller/KRCC NewsBill Carson and Elena Ajuderlo hold signs in support of Donald Trump at the intersection of Colorado and Cascade Avenue. Carson said they experienced a mix of car honking supporters and detractors during their time there. 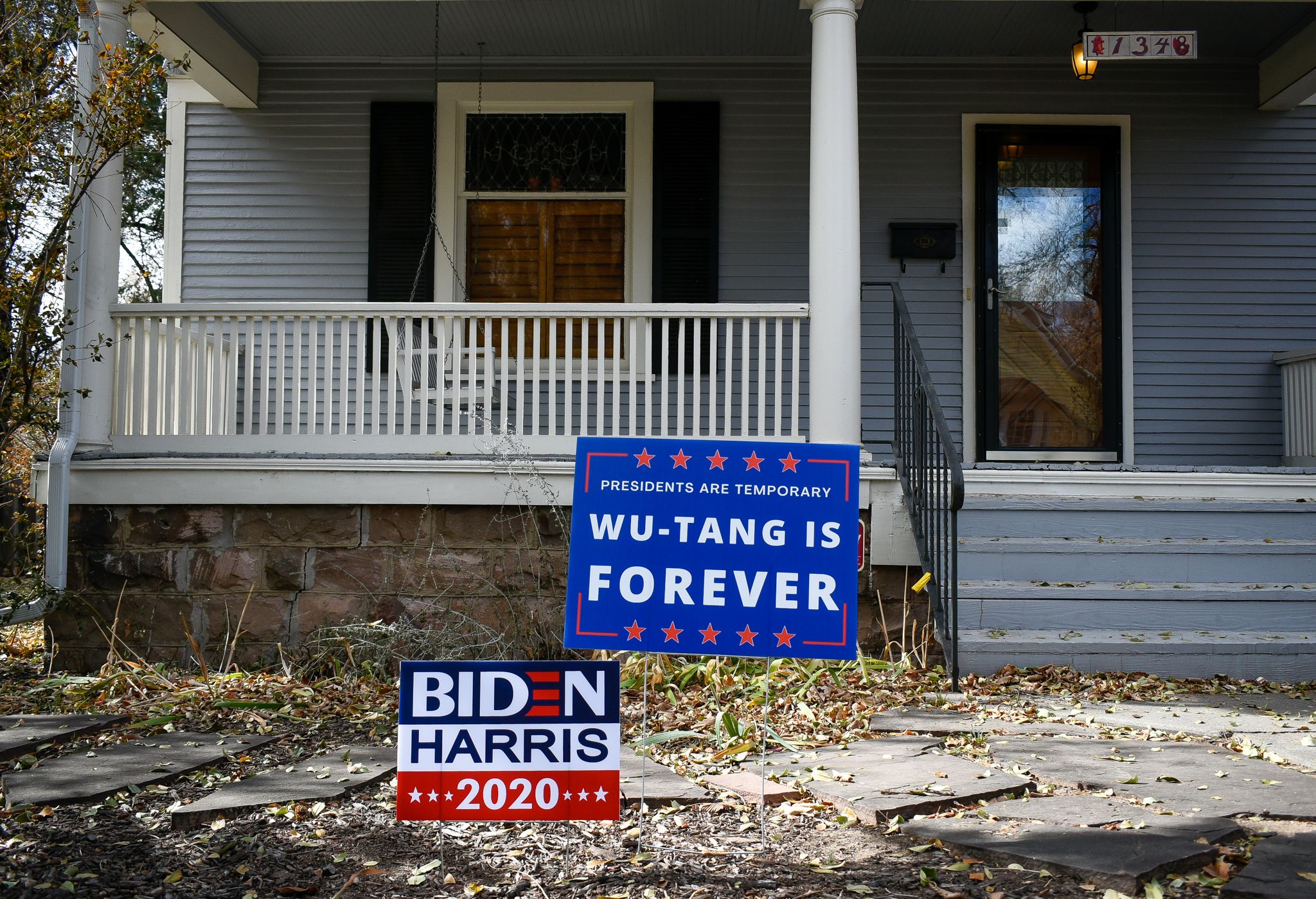 Bryan Oller/KRCC NewsAn array of political signs are planted in yards across Colorado Springs, including these two in front of a home on El Paso St., near downtown.