Teri Leiker’s cheerfulness in bagging groceries and sterilizing carts at Boulder’s Table Mesa Drive King Soopers was so prominent and noteworthy that more than a dozen customers came to her funeral on Friday to pay their respects.

A group of Boulder firefighters knew her too. They always went through her checkout lane while buying supplies for the firehouse because she loved them so much. They parked a fire truck outside the service in her honor.

“After these longest hours,” Gov. Jared Polis, himself a frequent shopper at Leiker’s store, said. “It just seems to feel unfair that life continues to move forward without Teri.”

Leiker’s life was cut short on March 22 while she worked in the self-checkout lane of the store she’d given 31 years of her life to. A gunman killed 10 people, including Leiker, inside and in the parking lot that afternoon around 2:30 p.m. She was 51. 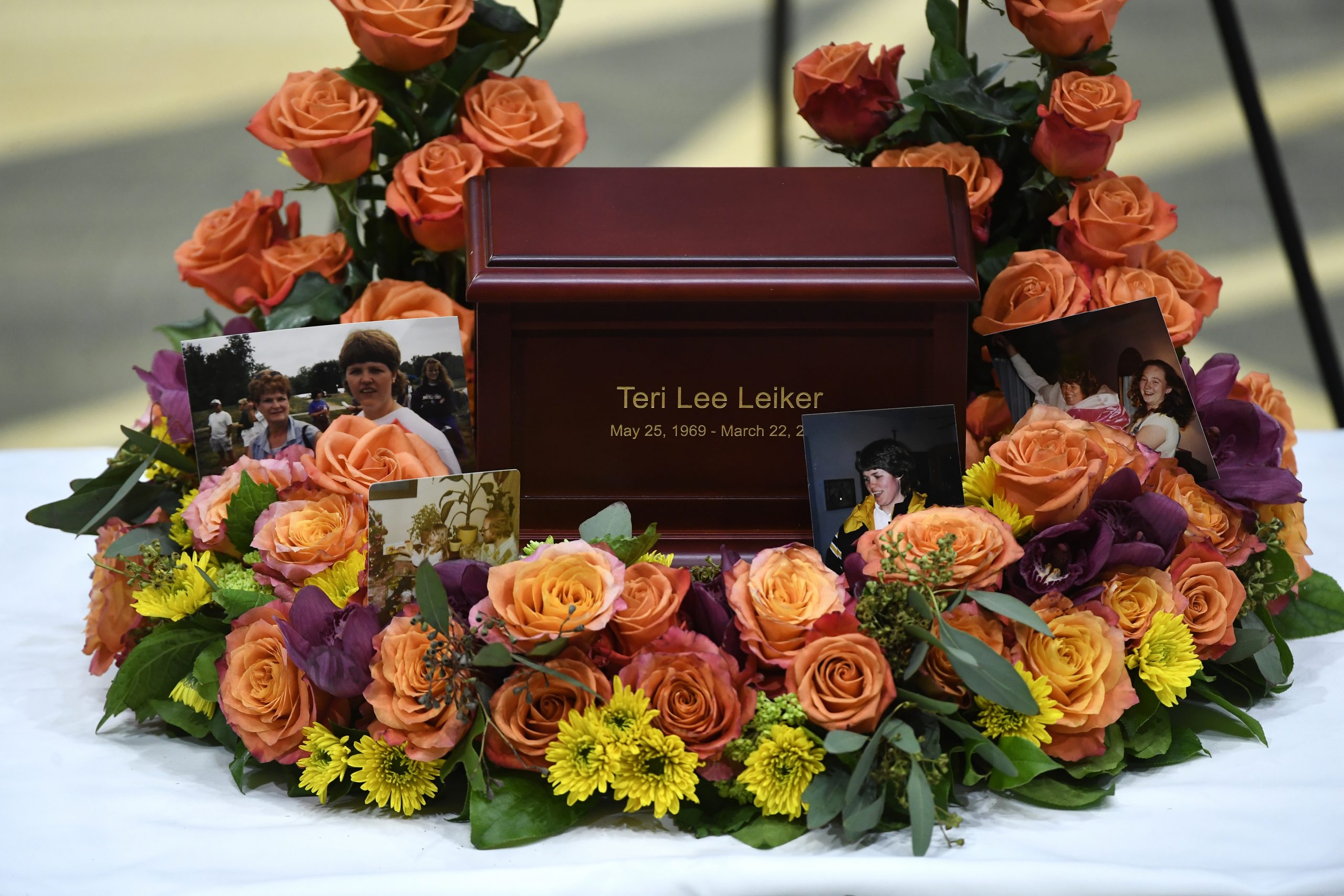 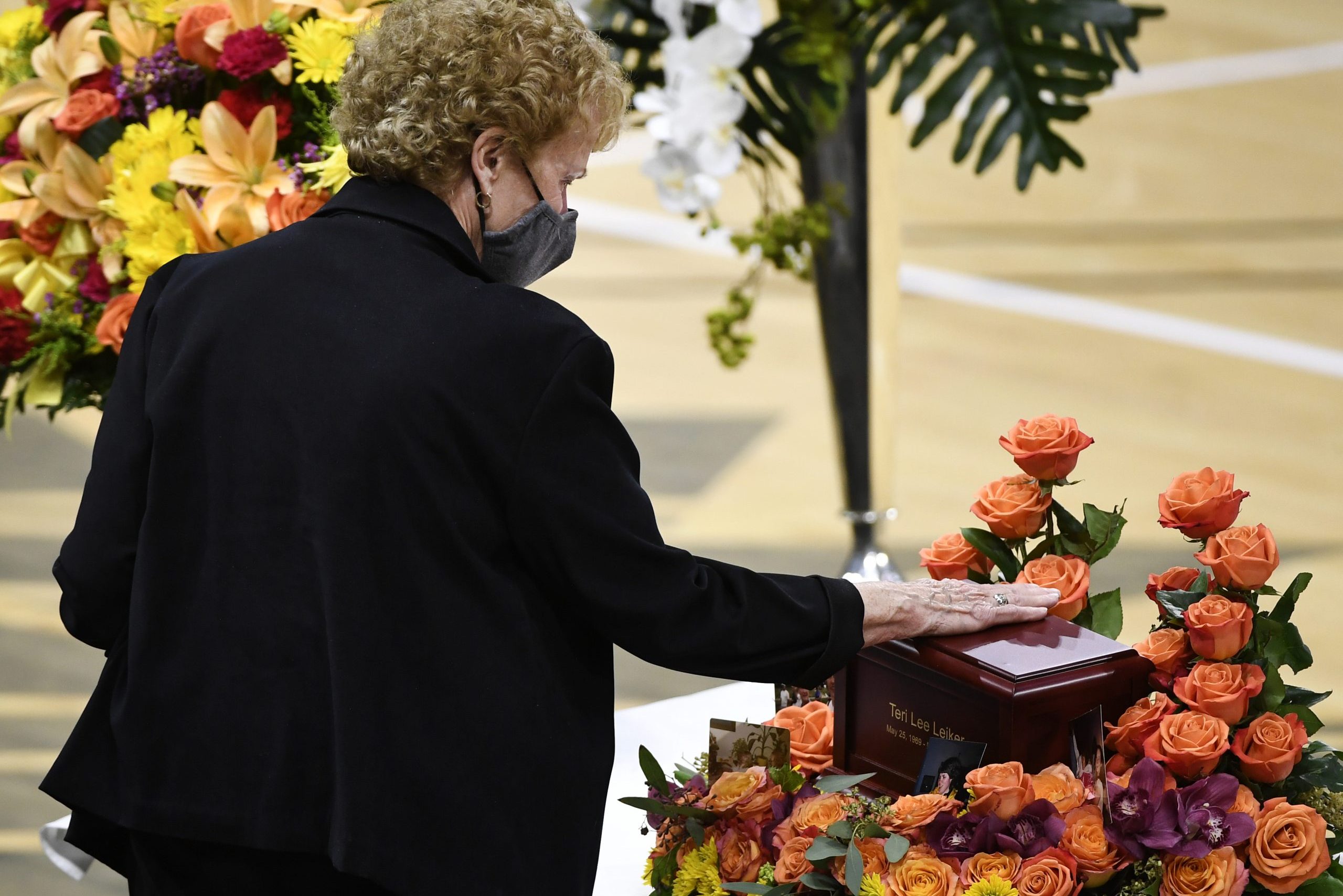 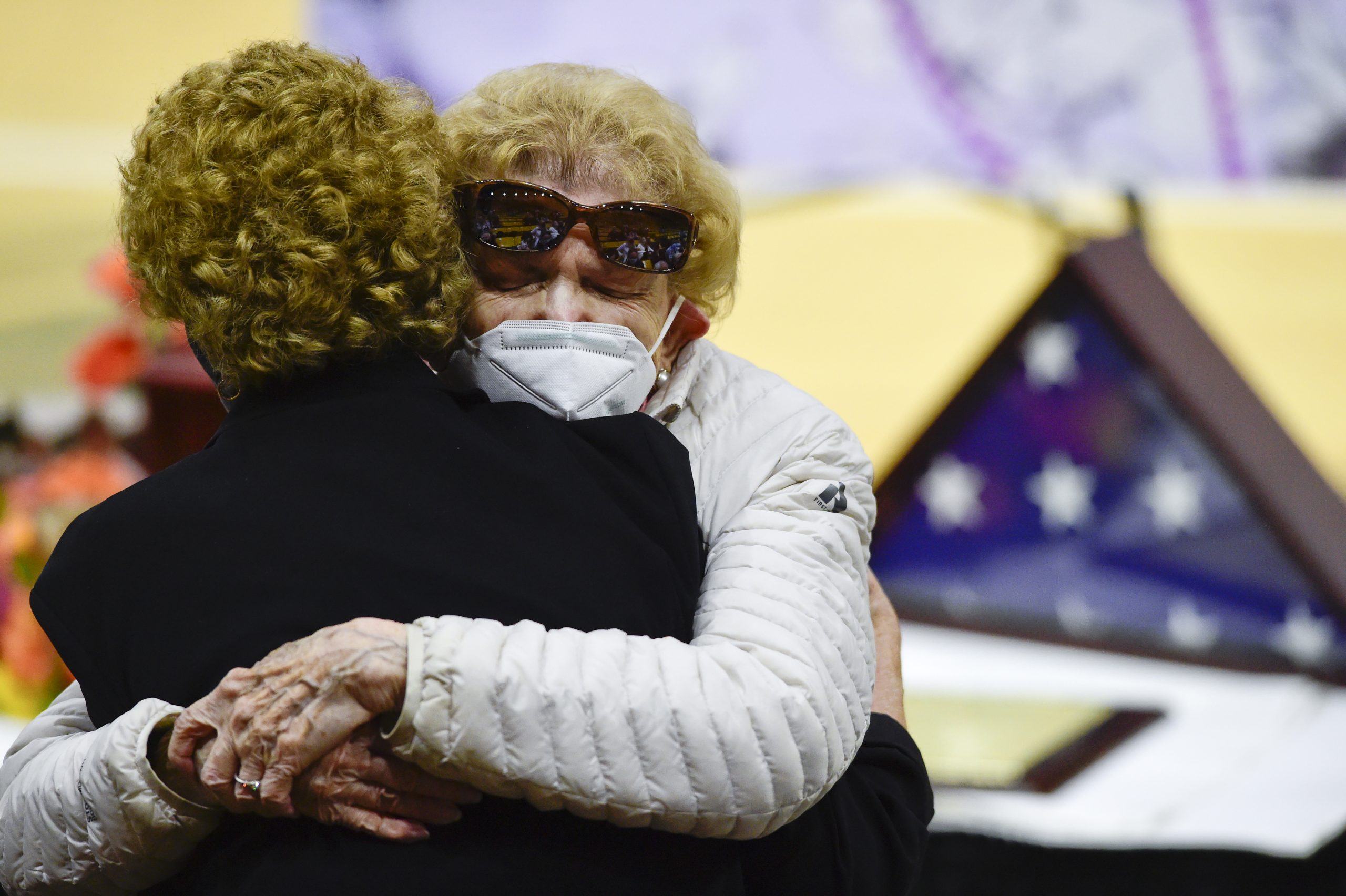 Matthew Jonas/Boulder Daily Camera, PoolFrom left: Margie Whittington, mother of Teri Leiker, hugs a mourner during a celebration of life for Teri Leiker at the CU Events Center in Boulder on Friday, April 9, 2021. 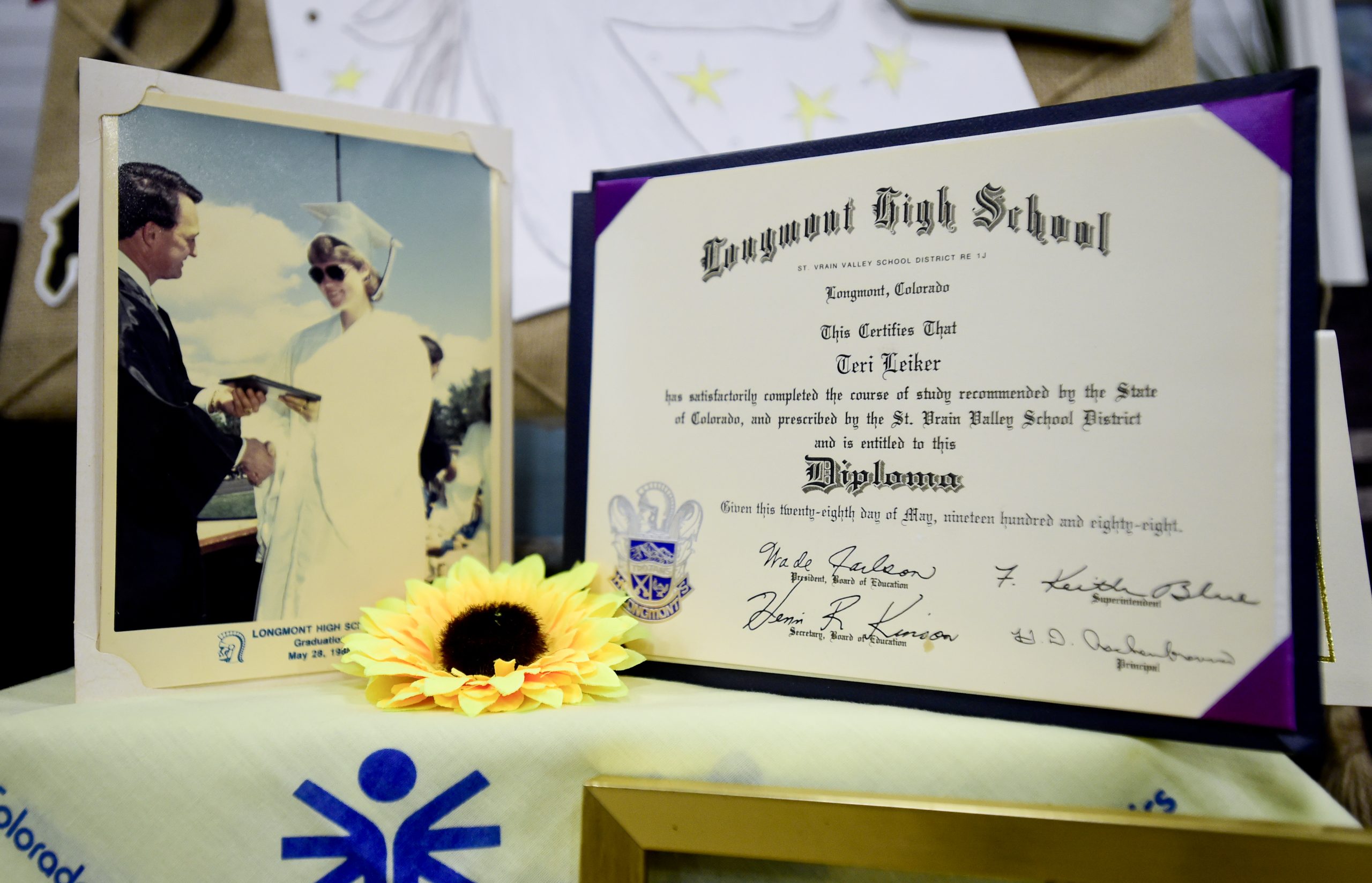 Matthew Jonas/Boulder Daily Camera, PoolTeri Leiker's Longmont High School diploma and graduation photo is seen on display during a celebration of life for Teri Leiker at the CU Events Center in Boulder on Friday, April 9, 2021. 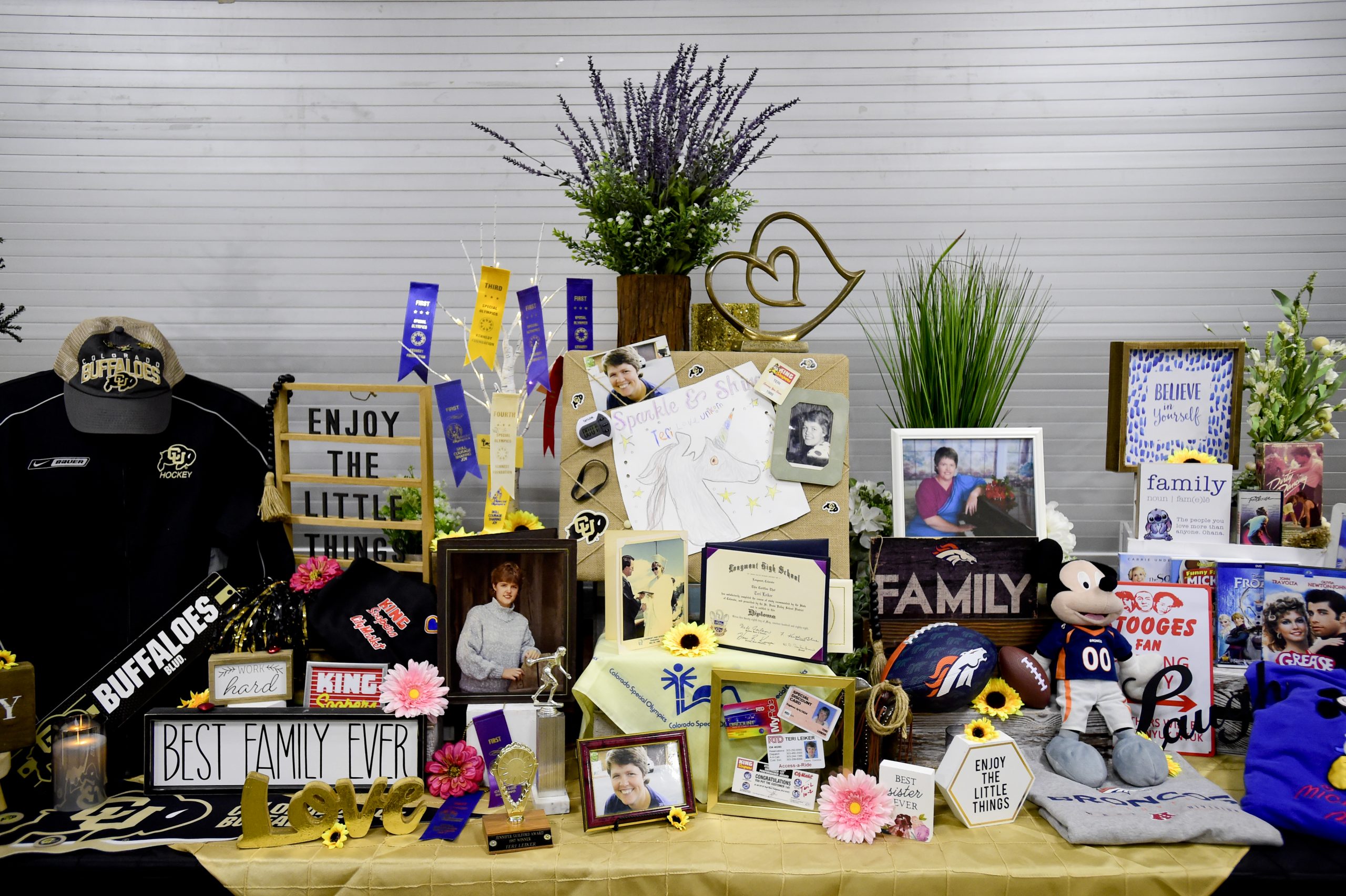 Matthew Jonas/Boulder Daily Camera, PoolA large display of memorabilia is seen during a celebration of life for Teri Leiker at the CU Events Center in Boulder on Friday, April 9, 2021. 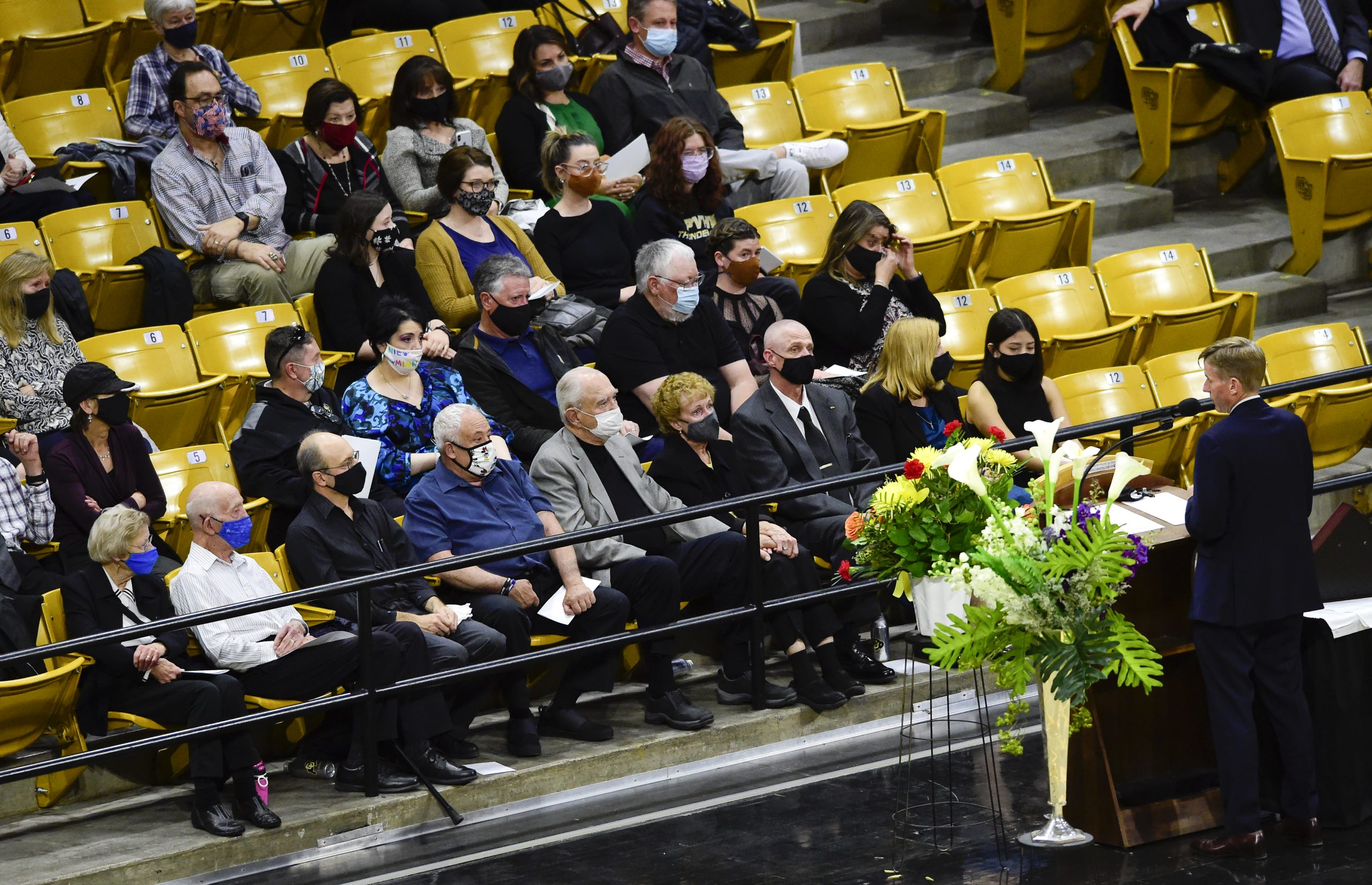 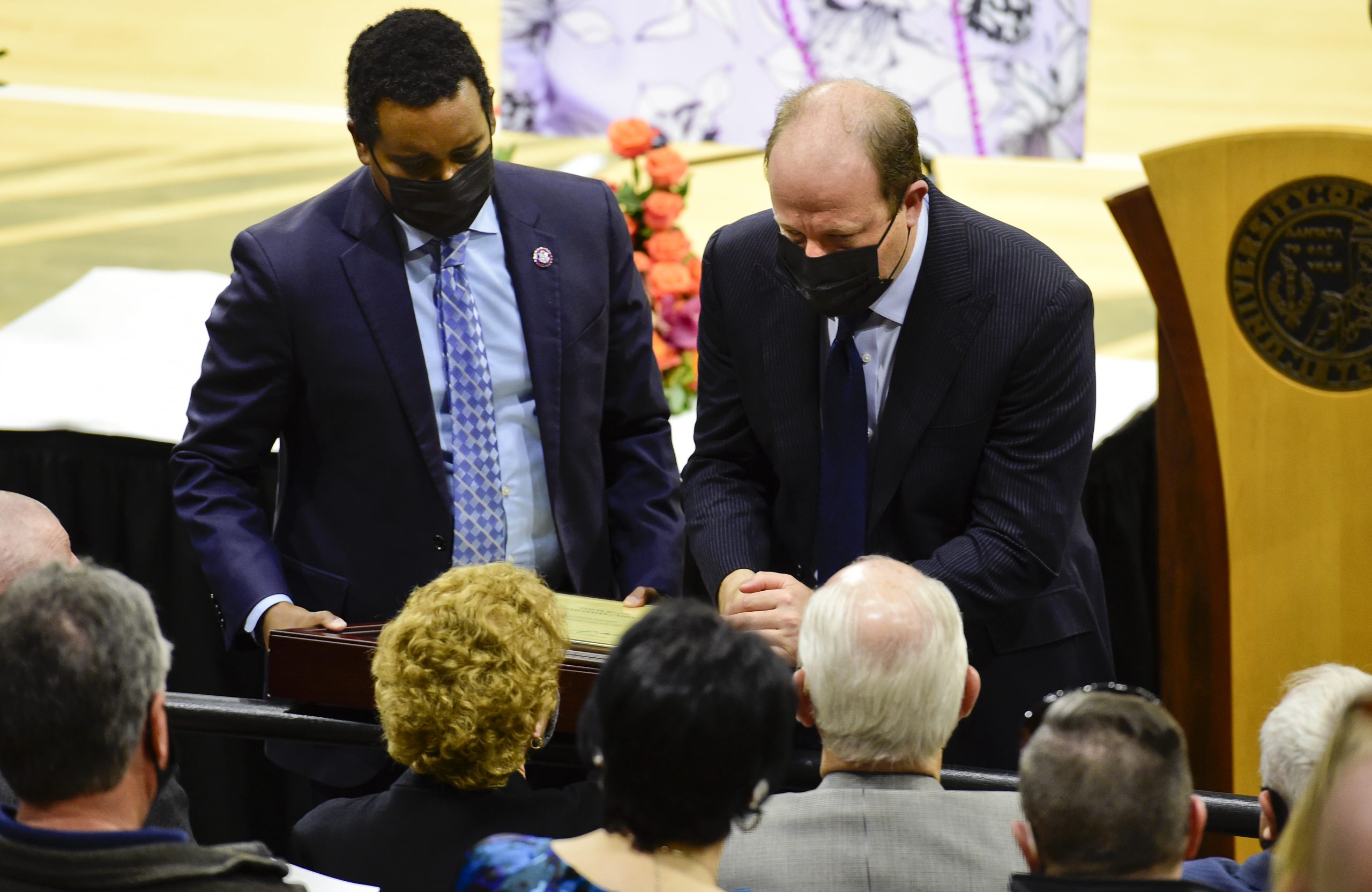 Matthew Jonas/Boulder Daily Camera, PoolFrom left: U.S. Rep. Joe Neguse and Gov. Jared Polis present a flag and a plaque to the parents of Teri Leiker during a celebration of life for her at the CU Events Center in Boulder on Friday, April 9, 2021. 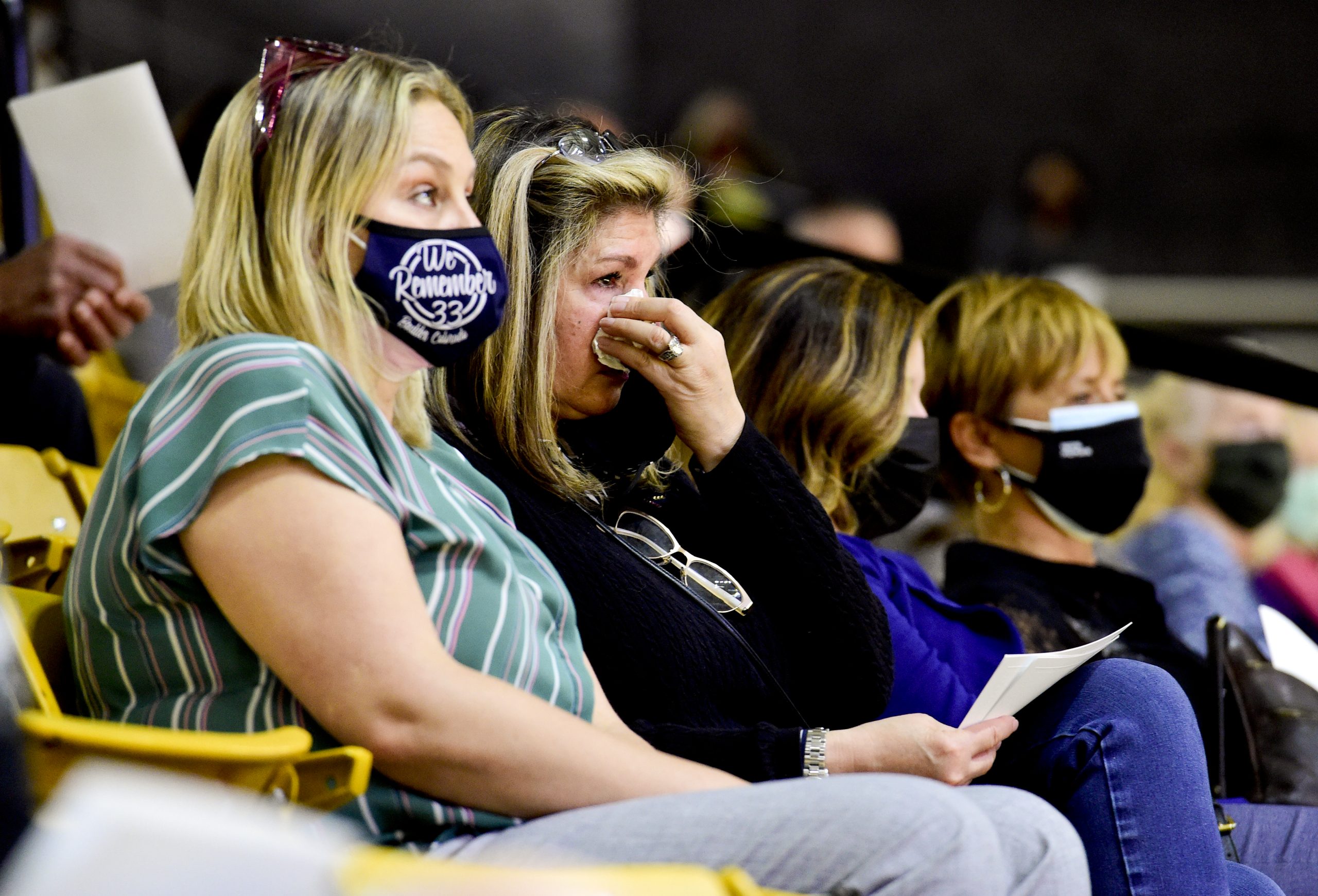 Matthew Jonas/Boulder Daily Camera, PoolA mourner wipes tears from her eyes during a celebration of life for Teri Leiker at the CU Events Center in Boulder on Friday, April 9, 2021. 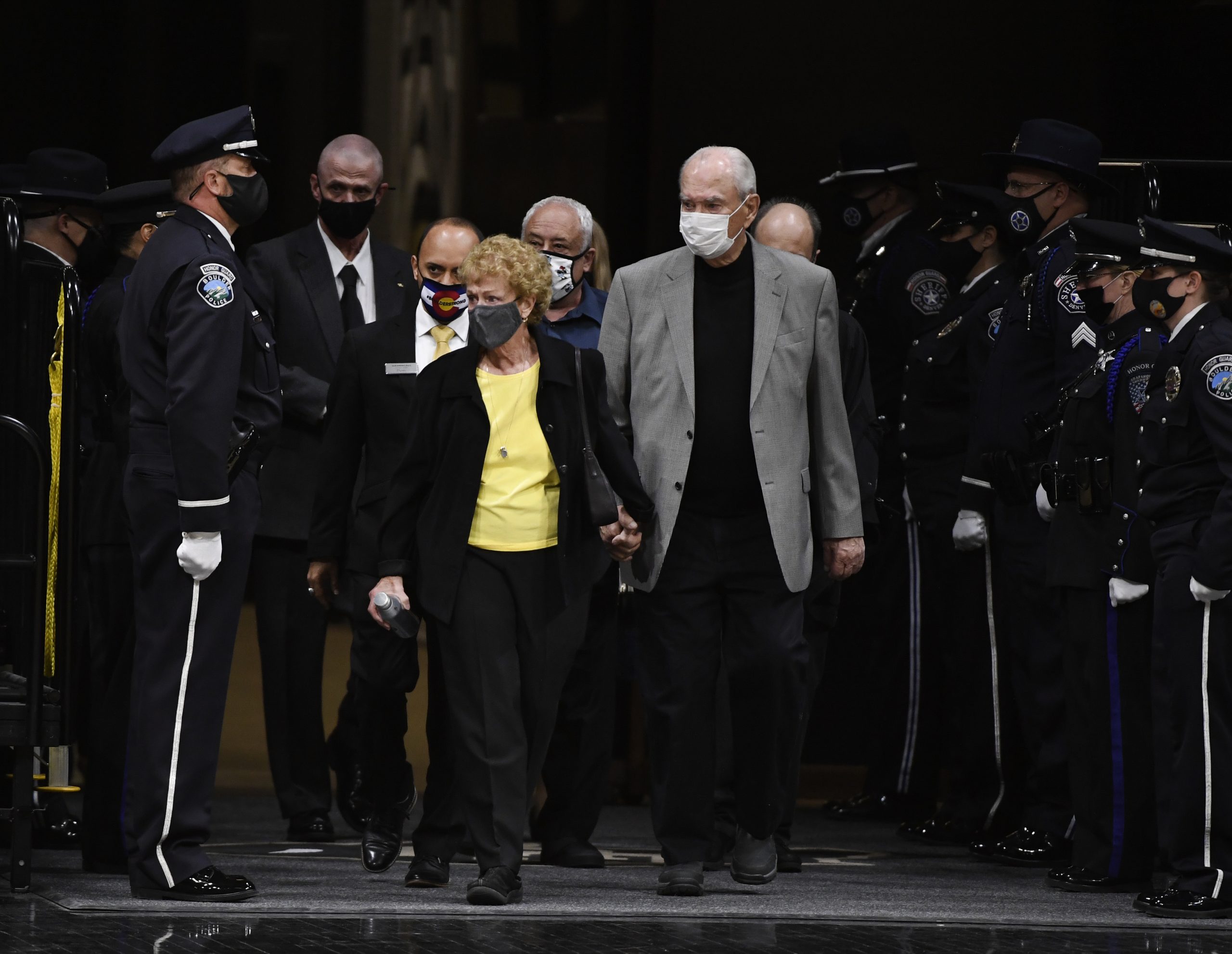 When she turned 21, she was determined to live alone and so with the help of her parents and some disability advocacy programs, she moved out.

To pay the bills, she got a job at the South Boulder King Soopers as a courtesy clerk. In 2007, she saved enough money and with the help of a housing program, she bought her own condo. Her beloved space was kept impeccably clean. It often smelled like laundry detergent, a dryer humming. She had various decorations that changed with the seasons and holidays.

She also loved sports. She competed in the Special Olympics and earned 32 medals in track, cross-country skiing and softball.

Leiker was known for talking to customers — sometimes for lengthy periods of time — about the University of Colorado Buffaloes football team, where she loved going to games.

Her memorial service was held at the CU Events Center and one of the speakers joked that Leiker would have loved to see her own picture on the jumbotron. The CU fight song was printed inside the program at the service.

She was one of Boulder’s “weavers” — what Boulder Police Chief Maris Herold described as a person who builds connections in communities, someone integral to the fabric of making places what they are.

Boulder District Attorney Michael Dougherty said the King Soopers meant so much to the community because of people like her.

“Every morning she would arrive and she would yell, ‘Sherri, I’m here!’” Bosman said, tearfully. “This all feels like a nightmare. I’m so heartbroken and sad.”

Mourning In The Wake Of The Boulder Shooting

Leiker took some vacations — she loved cruises and went to Alaska and Mexico. She also was known to show up at the Boulder bar, Dark Horse, to sing karaoke.

Leiker called her mother every single day after she got off work and got back to her condo, just to tell her she was safe.

“She was never defined by her disability,” said Fred Hobbs, of Imagine Colorado, a disability advocacy and support organization. “She had a job and her own place and many friends and family who loved her. She was a success story.”