Hundreds were gathered to rally behind reproductive rights and protest a new Texas law that bans abortions after six weeks since the patient’s last menstrual period.

“I am here to show my support to all the women in our country and other countries that have the right to choose over their bodies, and we need to respect that,” said Rudeca Zuniga, who attended the rally with her 81-year-old mother and two small children. “Whatever we decide to do with our bodies is our decision and women should have the right to a safe abortion if they wish.”

The rally was organized by the Women’s March Denver, but the march portion was cancelled. Representatives from Planned Parenthood of the Rocky Mountains, the Interfaith Alliance of Colorado and the ACLU of Colorado spoke on the Capitol steps.

Colorado abortion providers prepared for an influx of patients from Texas before the new law went into effect. And so far, that prediction has come true here and in other states. 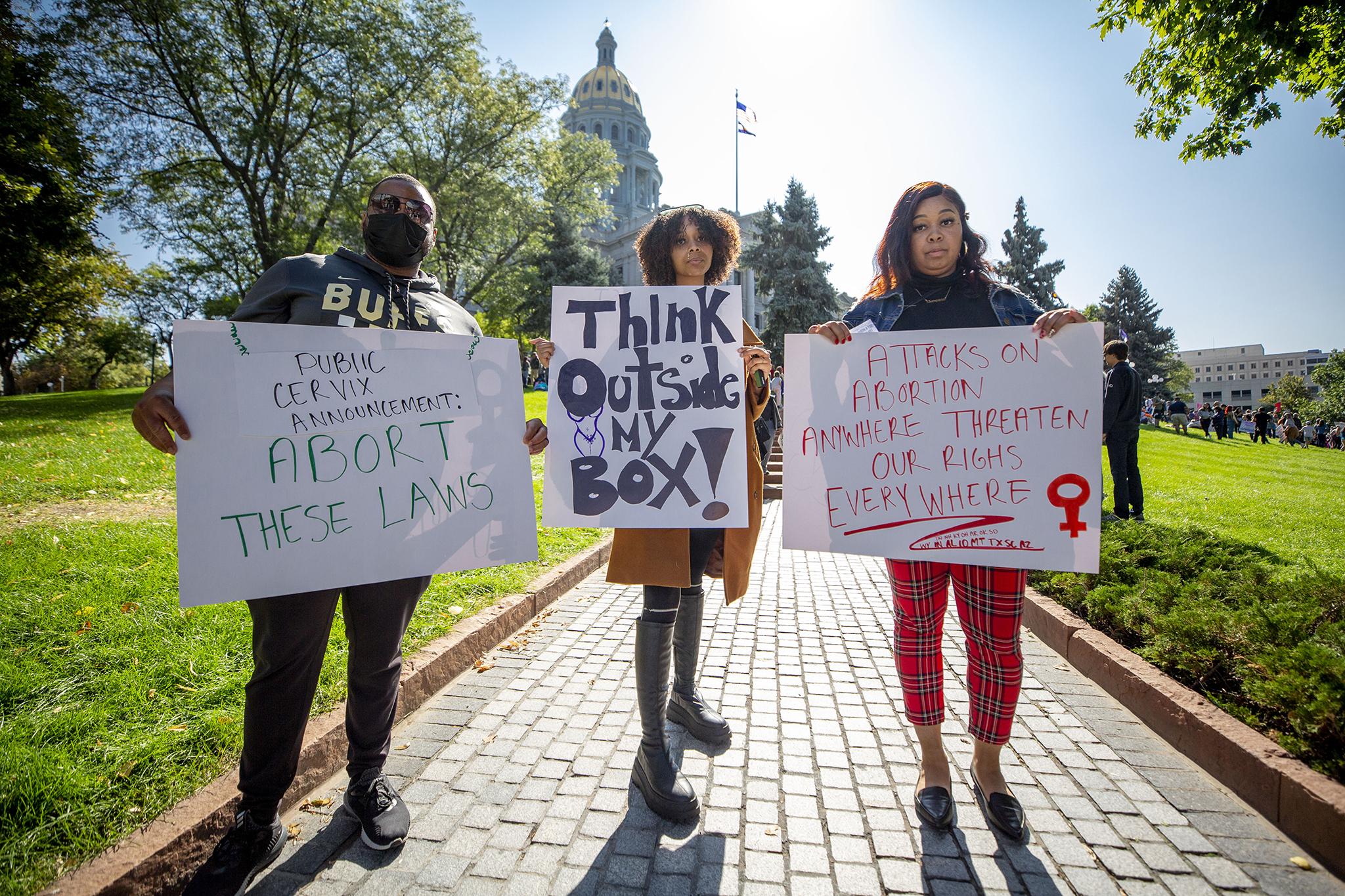 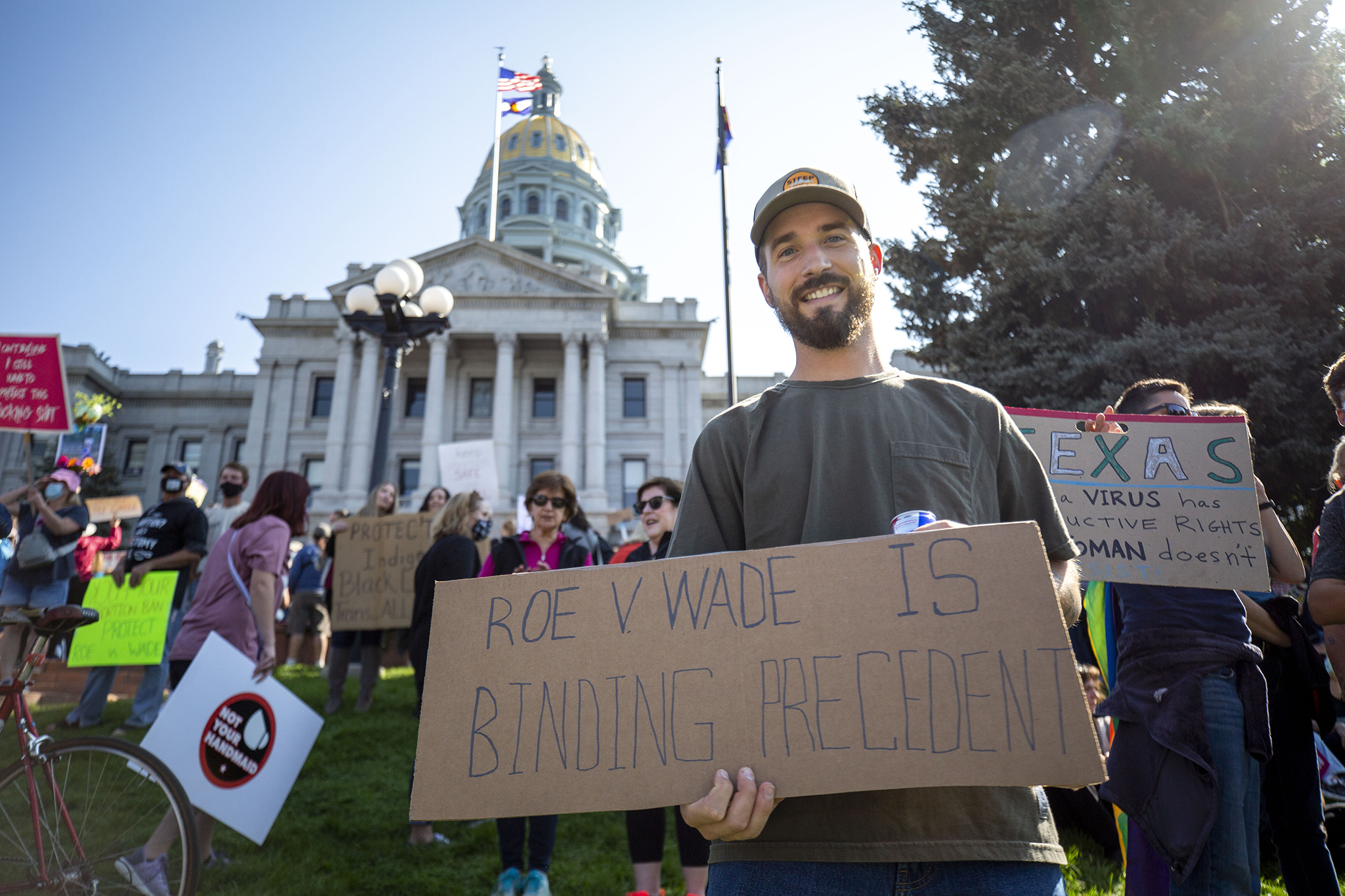 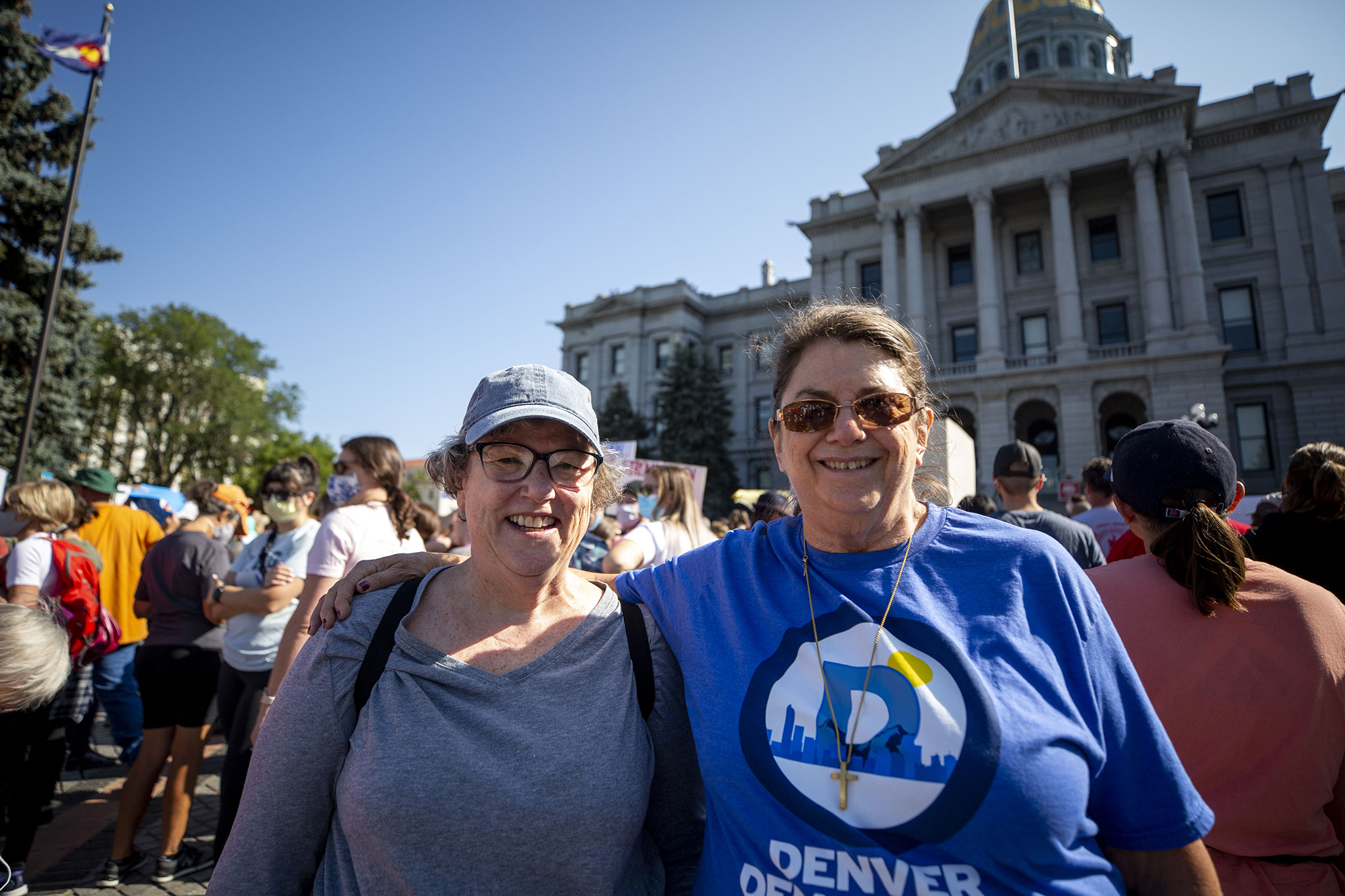 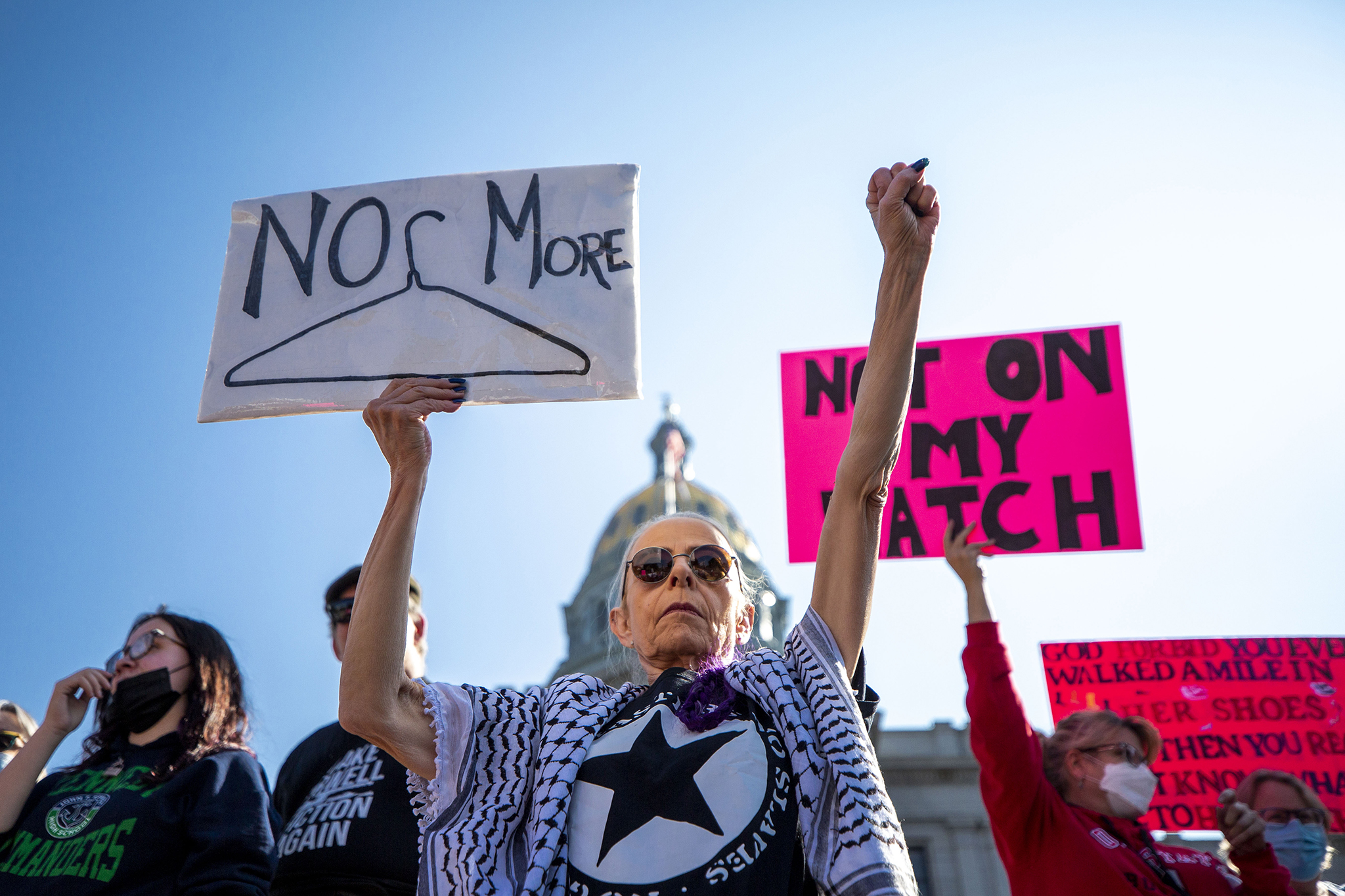 Kevin J. Beaty/DenveriteJan Strain holds up a fist during a rally for women's reproductive rights at the Colorado State Captiol in lieu of the annual Denver Womxn's March. Oct. 2, 2021. 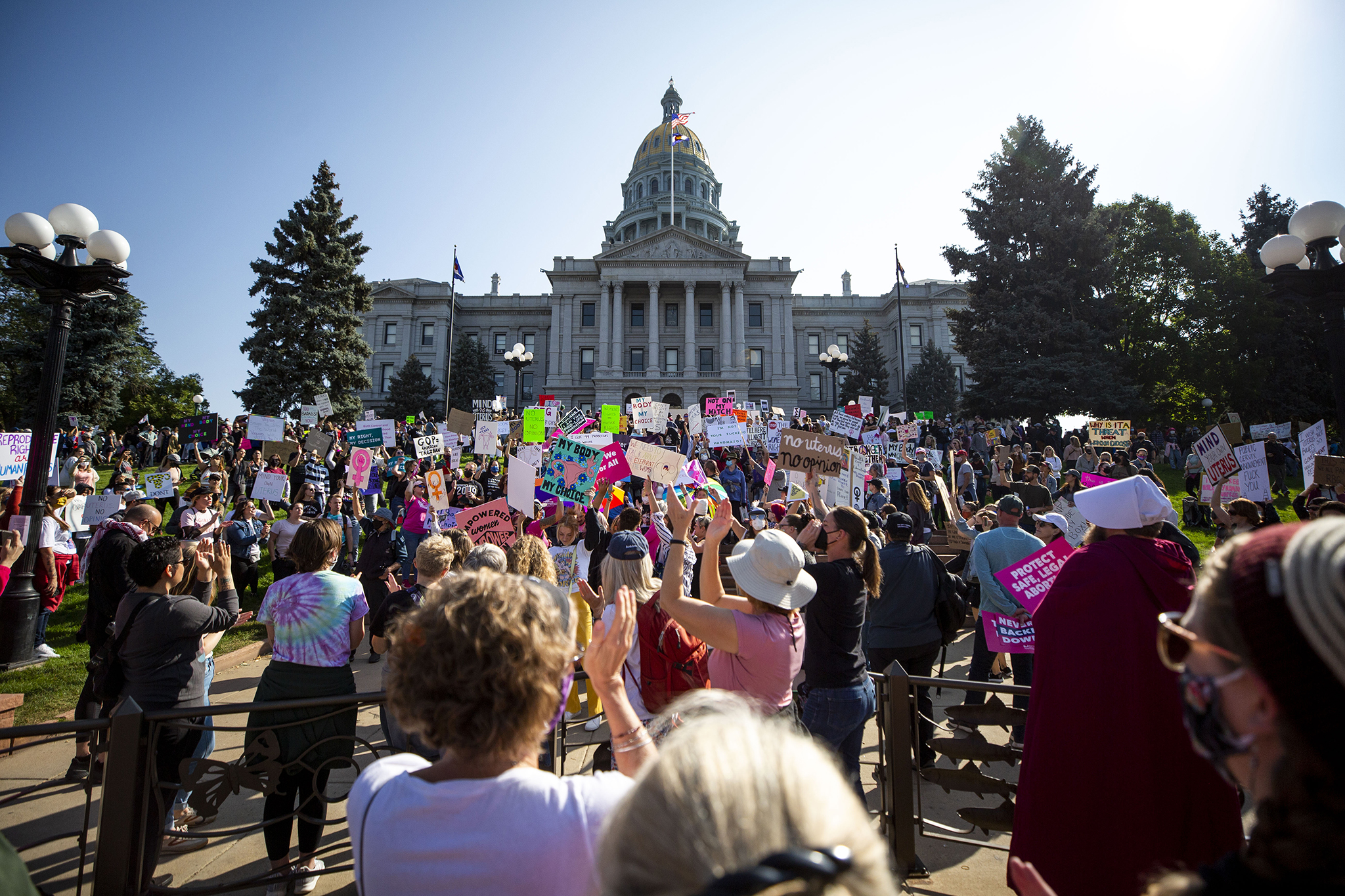 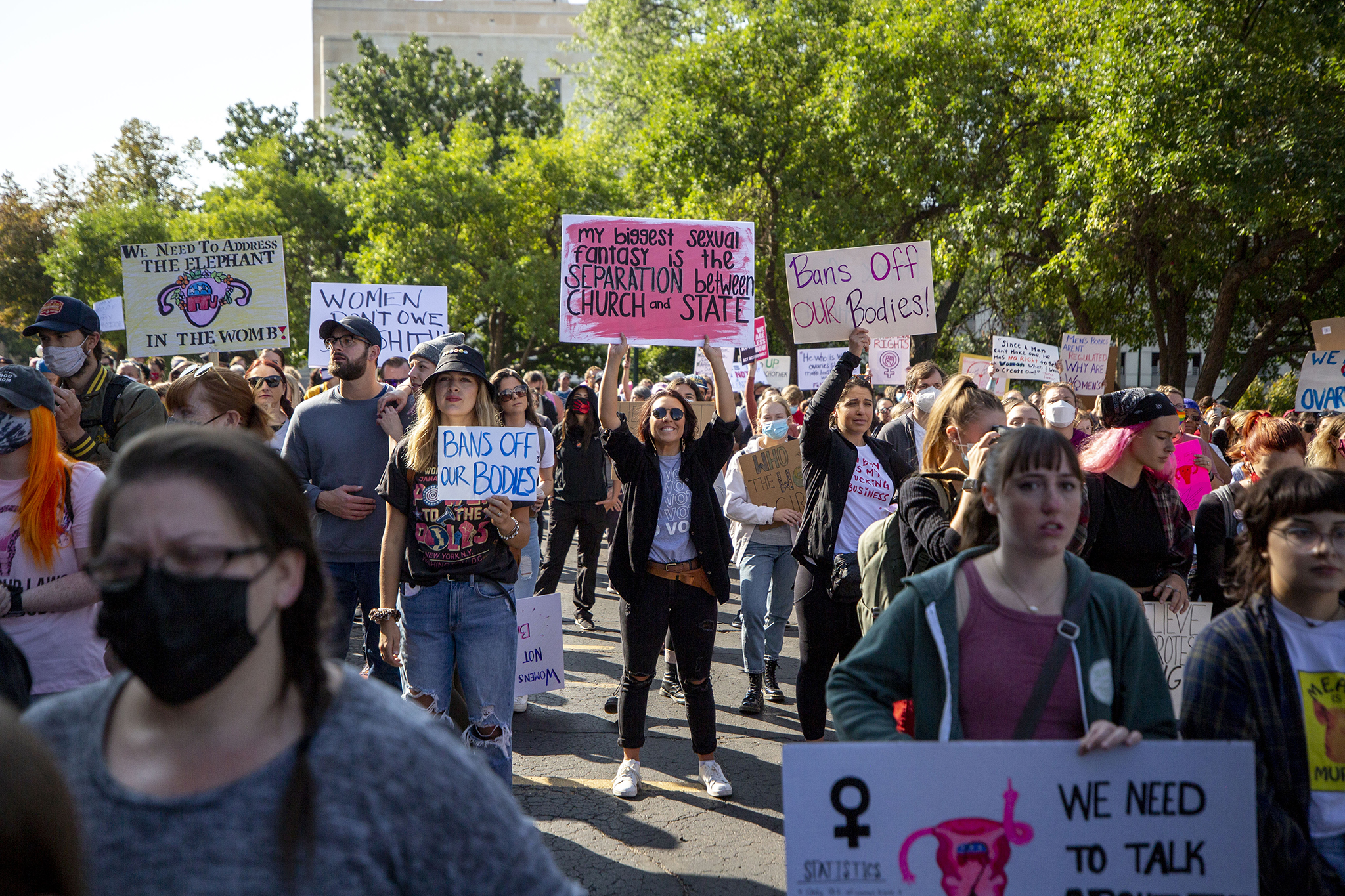 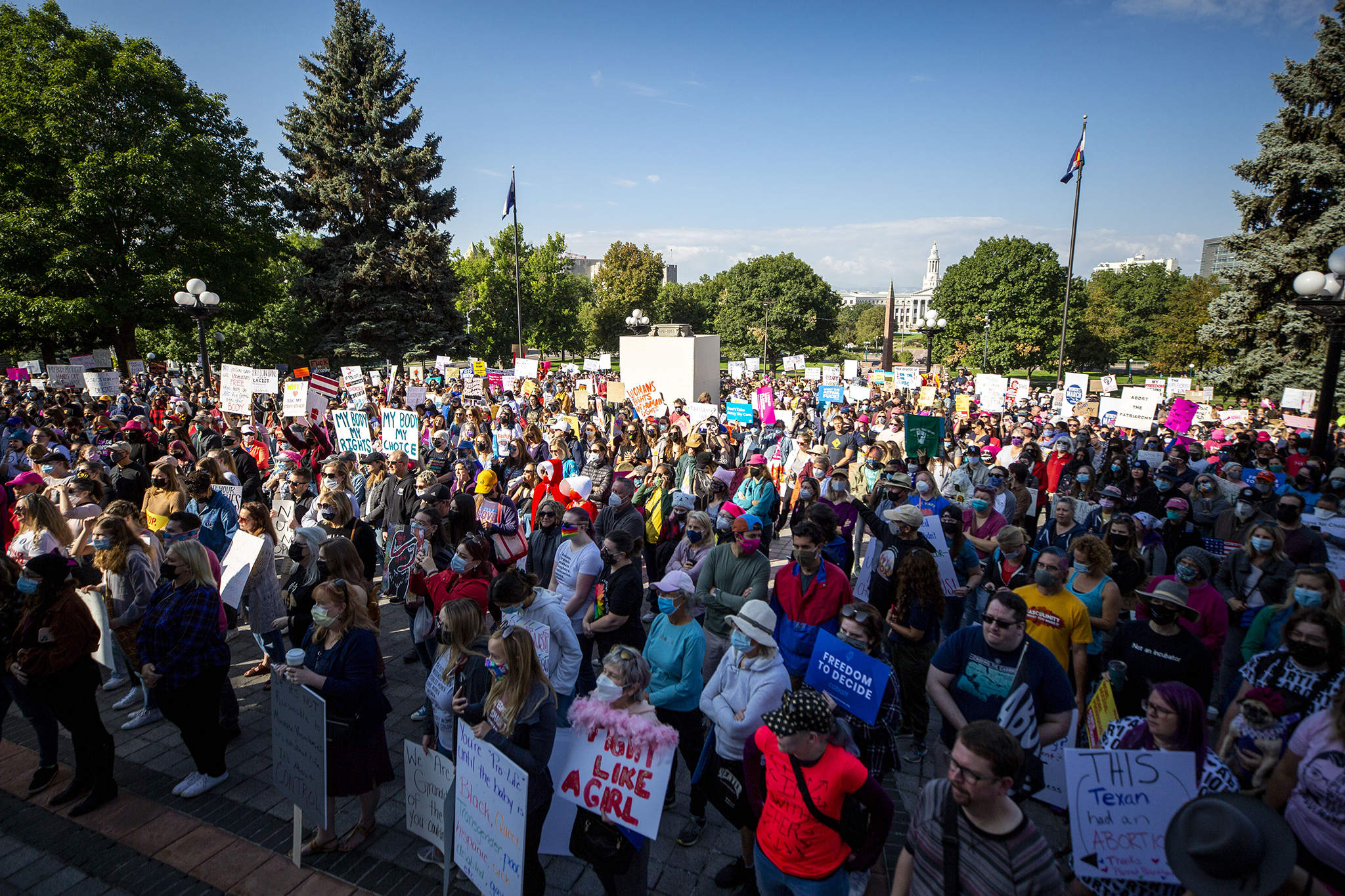 Demonstrators gathered under the warm sun on the lawn to hang out and hold their signs up as cars passing by honked in support.

“I don't think religion or somebody's personal beliefs has any effect or should affect somebody's individual rights. And I'm just here to stand up for that,” said Lyndsay Ammon, who was wearing a Handmaid's Tale cloak.

While Ammon was pleased people showed up for the rally, she and others wished the turnout had been bigger.

“I'm disappointed,” said Beth Turner, of Denver. “I was part of the women's March in 2017, and that really got me involved in politics to begin with, and I was really hoping there was going to be a big, awesome 2,000 person March today.”

But one thing Turner and her friend Layne Kopas were proud of was how many men attended the rally.

“This isn't just about women, it's about everyone and everyone should stand up for the rights that women have,” said Tim Luetkemeyer who came with his partner, Ashleigh Wheeler. “I think it's important that all men come out and show that we care about women's rights too. And it does impact us because it's the society that we live in.”

A small group of protesters showed up to the rally holding signs that read “The Future is Anti-Abortion.” They were quickly surrounded by a crowd of people who chanted over their megaphone and held signs up higher so the anti-abortion signs were hard to see through the crowd.