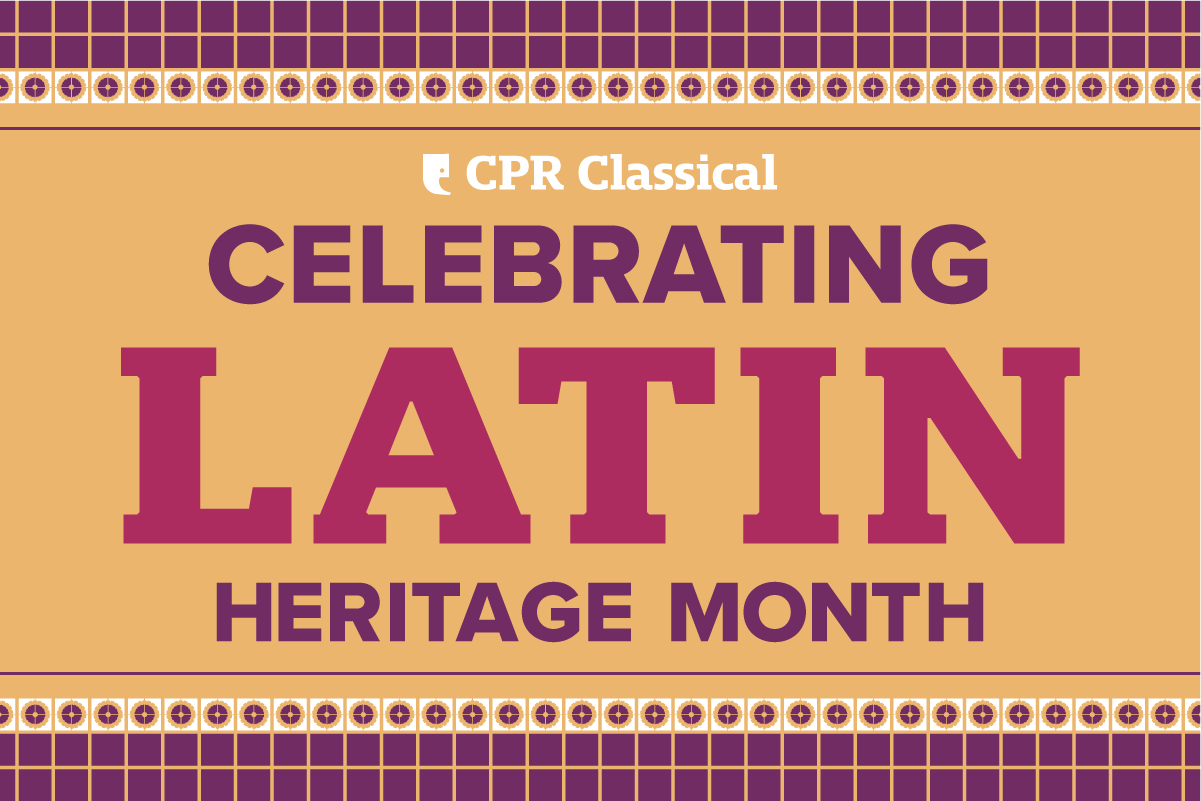 Denise Apodaca is an expert in Latin American music. She’s a Colorado pianist and an award-winning educator at Colorado State University, where she recently recorded the music of Mexican artists.

“He incorporates the musical styles of Native Mexico into his compositions. One of my favorite pieces ["Danzon No. 2"] is a fusion of Mexican and Cuban influences. It's truly brilliant. In February 2006, he became the first musician to receive "La Medalla De Oro De Bellas Artes de México" (Gold Medal of Fine Arts of Mexico), one of Mexico's most coveted awards for career accomplishments in the fine arts.”

Venezuela-born Gonzalo Teppa is one of Colorado’s most sought-after jazz bassists. A double hitter, he brings his music to both the classical and jazz music scenes. Teppa came to Colorado in 2002 to study at the University of Colorado Boulder. Both before and after getting his degrees, he played with the Simón Bolívar Symphony Orchestra in Venezuela, under the direction of Gustavo Dudamel and the creator of El Sistema, José Antonio Abreu.

Teppa picked a composer and pianist close to his heart: Aldemaro Romero. The two played together in Teppa’s hometown of Barquisimeto, Venezuela, shortly before Romero’s passing in 2008.

18 Latin American Composers You Should Know — Besides Astor Piazzolla

Not only is Dr. Ingrid Larragoity-Martin the Conservatory Orchestra Conductor at Denver Young Artists Orchestra, she was recently appointed Executive Director of El Sistema Colorado. She’s a conductor and nationally recognized music educator, encouraging others to intentionally integrate diversity into classrooms and concert programs.

Larragoity-Martin says she found connection to her Latin American heritage as a first-generation Dominican.

“I will go with the first Latinx classical composer I was introduced to - Astor Piazzolla. He began my love affair and awareness of LatinX composers in the classical vein. Being trained in the typical classical manner, I had no idea they existed - I guess naively, I had never asked myself the question. When I heard him, it turned on a light, a connection and a new love affair with my identity, heritage and relationship with classical music.”

Thanks to Lorenzo A.Trujillo, generations of Colorado’s young people have learned to love music through mariachi. A pillar in Colorado’s Hispanic community (in part for his activism and work as an attorney), Trujillo began playing mariachi and southwest Hispanic music as a teenager and has spent several decades performing, recording and spotlighting the music of his youth. He is the director of the mariachi program, Los Correcaminos, at Metropolitan State University of Denver, as well as an affiliate professor.

“My favorite composer is Maria Grever who wrote more than 1,000 songs – the majority of them boleros. She was born in Mexico and died in New York in 1951. Her hits were sung internationally and are popular today. I have recorded some of her songs that have gained international playtime on radio stations throughout the Americas and southeast Asia.”

You can see Adam Torres in many locations around Colorado. He is the new Music Director of Denver’s Stratus Chamber Orchestra, Artistic Director of the Colorado Springs Chorale, Senior Instructor at Colorado State University and Music Director and Organist at St. Timothy's Episcopal in Centennial. His pick was Gabriela Lena Frank.

“It has been a joy to see the emergence of a greater diversity of voices in the national scene over the past few decades, and the music of Gabriela Lena Frank perfectly exemplifies this. There’s so much to love about her music, which explores her unique cultural identity as a Peruvian-Chinese-Jewish-Lithuanian artist. The Andean influence in the music of Gabriel Lena Frank adds richness to the classical repertory through a vibrant harmonic language and brilliant orchestrations offering colorful soundscapes and interesting palettes of timbre. If you’re looking to dive into Frank’s music, "Inca Dances," "Three Latin-American Dances, Apu: Tone Poem for Orchestra," and "Concertino Cusqueño" are great places to start."

Jesse Martinez just took the helm as the Executive Director of the Mexican Cultural Center. He previously served as Director of Community Support and Education with the Colorado Symphony, and he remains a volunteer for the symphony’s education committee. Martinez didn’t grow up with classical music nor was he a musician, but he said his experience with the Colorado Symphony “definitely shaped a piece of me.”

He told CPR Classical there’s “an elegant dynamic to the piece, as a river of strings that sweeps sound into the ear. It’s a great Latin classical piece that I hope we can bring to Boettcher Concert Hall with the Colorado Symphony.”

Check out a playlist of these composers recommended by Colorado Latin American Musicians and others, including some performances from the musicians themselves! And tune in every day from Sept. 15-Oct. 15 at 8 a.m. and 1 p.m. to celebrate Latin Heritage Month on CPR Classical.

Celebrate Latin Heritage Month September 15 to October 15 and listen daily for music and stories on some of the major figures in Latin American music.