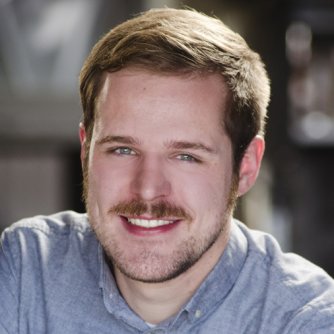 Scott Carney
Scott Carney has been a host on OpenAir since 2012. He discovered his passion for radio while attending CU Boulder where he worked at the campus station Radio 1190.
Host
@ScottCarney

Scott joined Colorado Public Radio in November, 2012 as the weekend morning show host on OpenAir. He discovered his passion for radio while attending the University of Colorado, Boulder where he worked at the campus station Radio 1190. Serving as both a regular host and the promotions coordinator, Scott worked at Radio 1190 until his graduation in May, 2012.

Scott also has a background in policy debate, successfully judging and coaching high-school debate team for over two years.
Q & AHow did you become interested in music?
Some of my earliest memories are of my dad playing me music when I was a little kid. I distinctly remember rocking out to Nirvana and PJ Harvey when I was about four or five years old, and I still revert back to that giddy, childlike state of wonder whenever I hear something new and exciting.

How did you get into radio?
I’ve always been passionate about discussing music, but my love for radio truly coalesced during my freshman year of college when I discovered Radio 1190. Suddenly, I could express and articulate my musical opinions to a wider audience, and I still get that thrill whenever I’m on the air.

How did you end up at CPR?
I met OpenAir Program Director Mike Flanagan during my stint at Radio 1190 and knew that he helped launch Colorado Public Radio’s new-music service. When I heard about this position, I got in touch and was very fortunate to be given a shot at Colorado Public Radio.