I met Sherrie Lawson and Heather Martin at a King Soopers in Centennial. A noisy grocery store is not generally the type of place a radio reporter likes to do an interview, but for the two survivors of mass shootings — Lawson of Navy Yard in 2013, and Martin of Columbine in 1999 — they have special meaning.

Lawson and Martin shop together, and have for years, because grocery stores can trigger past trauma for them. Lawson told me she didn’t realize that until she went shopping a month after the shooting.

“I saw the brand of Greek yogurt I was going to be eating that morning for breakfast. And I just fell apart,” she said.

For Martin, it’s being in a crowded area where you can’t see over aisles of food. Before they lived in the same metro area — Lawson moved to Denver a few years ago — they’d actually call each other while they shopped.

I was carrying a big microphone and a camera as we walked and talked in the aisles. Toward the end of the visit, in the paper towel aisle, I held the camera to my eye and took a few photographs. Lawson noticed the camera, and started to describe to me how her panic attacks start.

“They always start in my stomach. I always feel a little nauseated,” she said.

“You’re not feeling that now, are you?” I asked.

“A little bit,” she replied.

I started to get nervous. I asked Lawson if I should leave, but she assured me she was fine.

And then she told me a story about one of the first times she had to go back to work after the shooting.

“I was all by myself. And there were these reporters in front. I think it was like a week or so after, and they were still set up. And I saw them, and I went in and I just threw up.”

I realized in that moment how easy it is to for those of us who haven’t lived through a mass shooting — most people, really — to dredge up past trauma without realizing it. Like me, with the camera. Or the grocery store worker who shelved that container of yogurt.

Sherrie described to me what was happening to her just then, in the grocery store aisle.

“My fingers will turn white, and you’ll see the blood leaving them. So like right now it’s just happening with this pinky. And it’s stress-related because I’m not cold,” she said.

It was clear. I was the problem. I reached for my recorder and turned it off.

When my boss asked me and colleague Andrea Dukakis to report and write a series of stories on the 20th anniversary of the Columbine shooting, it felt like an honor and a sentence. I was, truth be told, only vaguely aware of the Columbine story, but knew the project would require the utmost sensitivity. 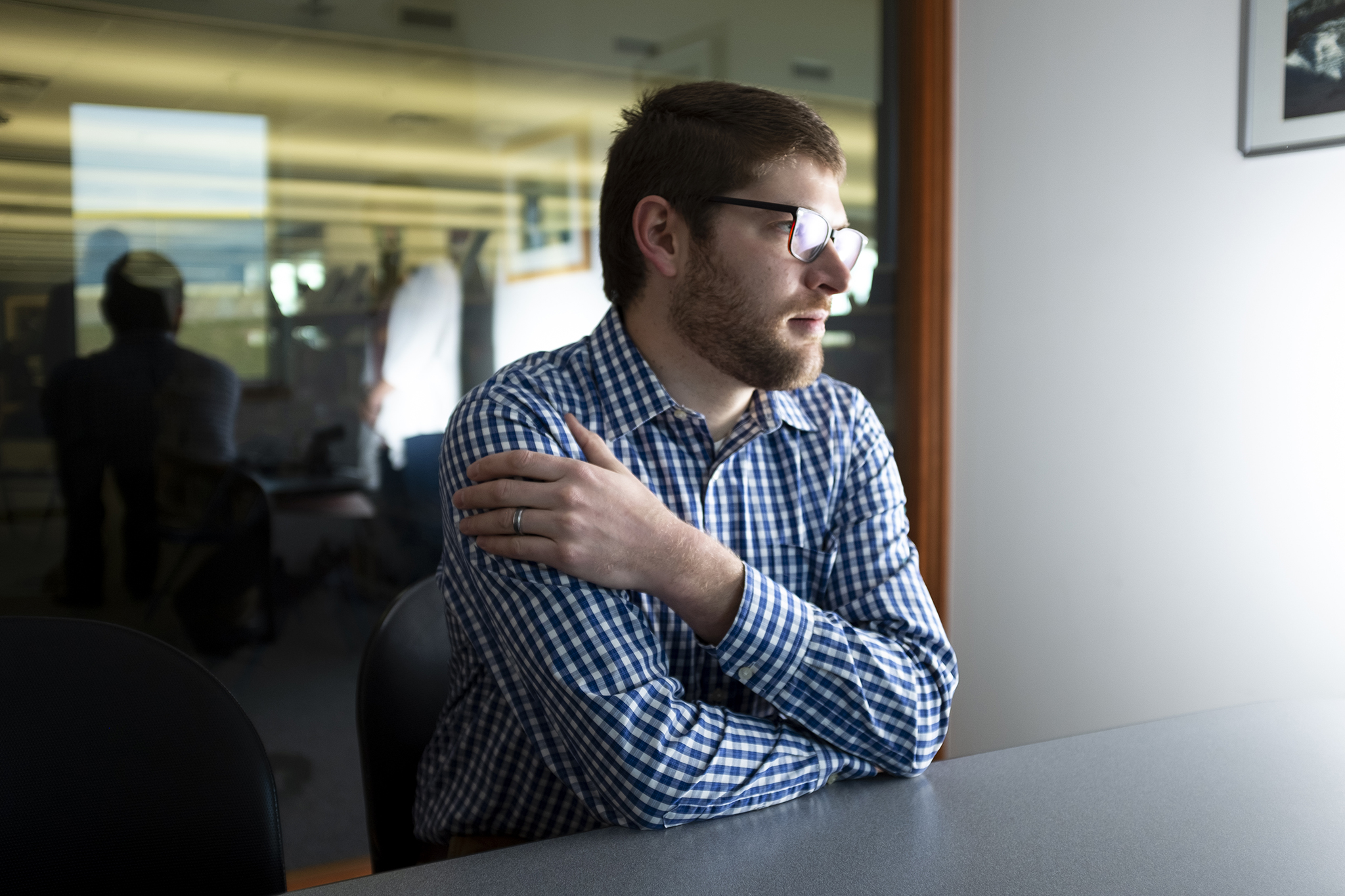 Initially, I thought the way to handle that was to tell earnest stories of hope: how people are resilient in the aftermath of a terrible event. I don’t know if they’re the types of stories people want to hear, or just what I think people want to hear, but they tend to be easier to write.

That changed as I talked to survivors like Heather and Sherrie, to academics, to police officers and, most significantly, to the families of the deceased.

“Good stories, heartfelt stories of healing that come about after a tragedy like this [are] good to do,” Tom Mauser told me in March. His son Daniel was killed at Columbine. “At the same time though it's important for us to acknowledge that there are still people in pain.”

I won’t soon forget the look Mauser gave me as he told me that.

I took it as a charge to be responsible and honest in telling the Columbine story. So in our first story, for instance, on survivor parents, we ended it not by emphasizing how families can help each other, but rather on how the challenges of parenting as a survivor continue day after day.

A tragedy like Columbine deserves empathetic stories from the media and attention from the greater world. But we, from reporters to grocery shoppers, should acknowledge our own roles in the lives of the people closest to it — and understand that their pain, trauma and struggles will outlast what we say about it.