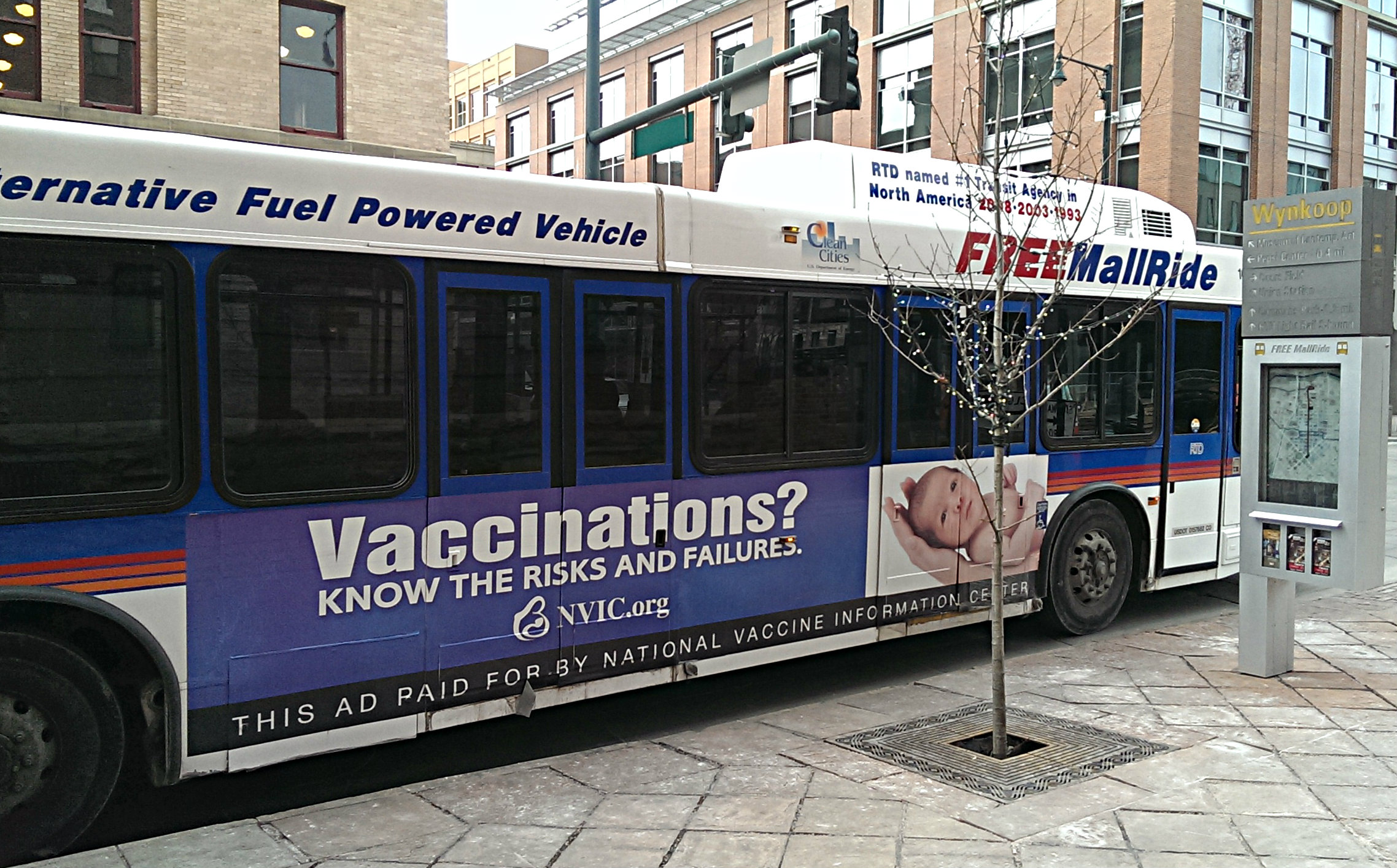 (Photo: Courtesy of Jason Hanson)Both sides of the vaccine debate will descend on the state Capitol later this week for the first hearing on bill that would require parents to learn about the benefits of immunization before they could opt their kids out of required shots.

Colorado's current Personal Belief Exemption (PBE) policy requires only a parent's signature in order to enroll unvaccinated children in schools and daycares. Lawmakers who are behind House Bill 1288 say they're concerned that the policy makes it too easy for families to take a pass on immunizations. A proposed new policy would follow in the footsteps of Oregon and Washington state, where parents must complete an online training course or talk with a medical professional before they can file a PBE.

A new voice in the debate

In the past, vaccine policy discussions have generally boiled down to public health officials on one side and concerned anti-vaccine parents on the other, according to Denver mother Sundari Kraft, whose group Vaccinate for Healthy Schools aims to change that. Kraft is mobilizing pro-vaccination parents to call their lawmakers and testify at hearings on HB1288.

"A lot of misinformation about vaccine safety and efficacy and the risks of vaccine-preventable diseases has kind of been able to spread mom-to-mom, in Mommy and Me yoga and in breastfeeding support groups," Kraft says, "because the pro-vaccine parents weren't speaking up and feeling like they needed to say, 'well, this is why I immunize and this is why it's important.'"

Kraft is worried that many parents file Personal Belief Exemptions not because of deeply held concerns about vaccination, but because it's easier than making sure a child is up to date on their immunizations. Kraft calls that "the convenience loophole."

"It’s about equal effort," she says. "We want getting a personal belief exemption to meet the standard of equal effort compared to what it takes to get your child vaccinated."

"It discriminates against a minority of parents by assuming that they're not educated," Wrangham says. "It's a gross assumption to assume that these parents need additional state-sponsored education."

Wrangham also challenges the idea that high vaccine exemption rates are leading to more cases of preventable diseases in Colorado. She blames the recent pertussis epidemic on a relatively ineffective vaccine, and points out that cases of some other diseases, like measles, are still rare.

"If you're seeing your incidence of disease stay stable and low... then why are we changing the law all of a sudden?" she asks.

It isn't just the bill's education requirement that NVIC opposes. The legislation would also require schools and daycare centers to collect and publish their vaccine rates, something some other states currently do.

"That's medical information that I don't think necessarily should be out there," Wrangham says. "There are privacy concerns there."

On the other side, Sundari Kraft says she's heard from numerous parents who aren't very concerned about Colorado's exemption policy, but are eager to know the vaccination rates at their own child's school.

A Longitudinal Analysis of the Effect of Nonmedical Exemption Law and Vaccine Uptake on Vaccine-Targeted Disease Rates (American Journal of Public Health, June 2013)

Children Who Have Received No Vaccines: Who Are They and Where Do They Live? (Pediatrics, July 2004)