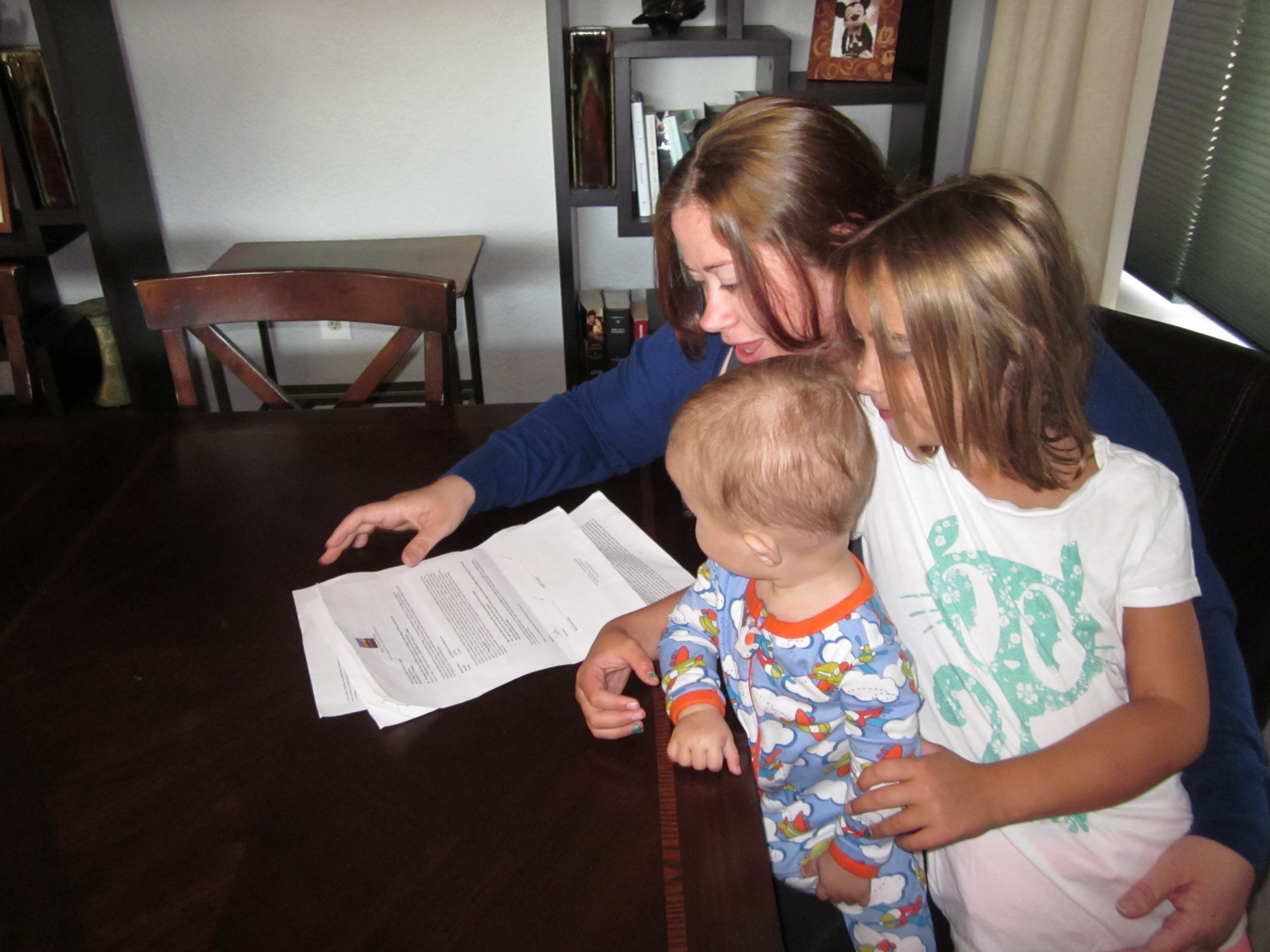 (Photo: CPR/Lesley McClurg)Fracking is moving into midsize cities -- and not just around the fringes. In some cases, rigs are popping up near downtowns. Drilling for oil and gas isn't new in rural or even suburban areas, but as it edges into the central part of cities like Brighton and Greeley, it's raising a new set of concerns.

Dawn Gioia is a busy, stay-at-home mom for her two kids, ages 1 and 7. The family lives on a corner lot two blocks away from City Hall in Brighton, north of Denver.

As urban residents of the city of just over 36,000, Gioia never expected to receive a thick envelope from Mid Continent Energy. At first she thought it was a scam because the forms asked for her Social Security number and for extensive tax information. The packet also included a lease for her mineral rights. The terms are a $1,250-signing bonus for every acre owned, and 18 percent after that for the duration of the five-year lease. But, Gioia says the potential profits are not a big draw because she lives on a small plot in a neighborhood. In a best-case scenario, she figures her family might gain about two hundred dollars a month.

Gioia says her neighbors were also surprised to receive similar offers, including her mother-in-law, who owns a townhome a few miles away.

“So, I don’t know. Do they own the land? She’s really confused,” says Dawn Gioia.

Gioia called the energy company, her lawyer and organized a neighborhood meeting to learn more.

“There's all kinds of questions that come up like, ‘How does this work?’" asks Gioia. “'Is there going to be like trucks driving through our neighborhood every day? What happens to the property values?' I did have one neighbor say, ‘Should I sell before they start this?’”

Mid Continent  Energy declined to be interviewed for this story, saying only that it is premature to talk about development plans before reaching an agreement with a mineral owner.

Residents in the nearby city of Greeley are fighting proposals to expand drilling there.

Sara Barwinski lives about 750 feet from an active drill pad in Greeley. She says the site is also adjacent to a high school, and 411 feet from a track and field in a high density residential area. She clenches her hands as she describes a proposal to drill multiple wells near an elementary school. Barwinski worries about an accident in a dense urban core -- like a spill or tank explosion -- because it could be difficult to evacuate hospital patients or retirement home residents.

“We’re all going to figure out how we’re gonna  co-exist because it’s extremely important to our economy,” says Kirkmeyer. “And it’s not just our economy here in Weld County; it’s our economy in the state of Colorado.”

Urban drilling is also happening in mid-size cities in northern Texas and southern California. Drilling is up in larger cities like Los Angeles. However, the majority of production there is not close to downtown.

At Dawn Gioia’s house in Brighton, she and her husband are weighing the pros and cons of signing a lease. She’s not against fracking, but worries about potential spills because Brighton’s municipal water is sourced from shallow aquifers.

Recently, Brighton city officials and the Colorado Oil and Gas Conservation Commission did agree on a special order meant to protect Brighton’s water through a number of regulations and additional groundwater sampling.

“I don’t want to become an oil town," she says. "When the oil leaves or when it dries up, what will happen to Brighton? I know they say, ‘Hey, it’s good for the economy. You’re going to bring all these workers and everyone’s going to get work.’ But when it’s dried up, then what happens?”

Gioia predicts she’ll probably be the last one on her block to decide whether to sign over her mineral rights.

Editor's note: The population of the city of Brighton, Colo. is just over 36,000. Audio for this story cites an incorrect figure.