Updated 9:27 p.m. -- The U.S. Supreme Court's ruling in favor of a Christian baker from Lakewood who refused to make cakes for gay weddings sparked immediate reactions from both sides of the case

Masterpiece owner Jack Phillips was back at his bakery the day of the decision. He declined to comment on the case to reporters waiting outside. He closed up shop early to catch a plane to New York, where he’s scheduled to make media appearances, but not before serving customers and taking selfies with supporters.

George Hefner was one of the many people who came to Masterpiece Cakeshop to congratulate Phillips. For Hefner, the case came down to religious liberty and whether Christians like him can express their views in public.

"The gay community, they're fine people I'm sure, but this crossed the fine line into someone else’s freedom. It was infringing on Jack’s freedom to believe what he believed," Hefner said.

To celebrate, he bought a cherry cake from Masterpiece. He requested that on the top, inscribed in red icing, "God Bless America and Masterpiece Cakeshop." 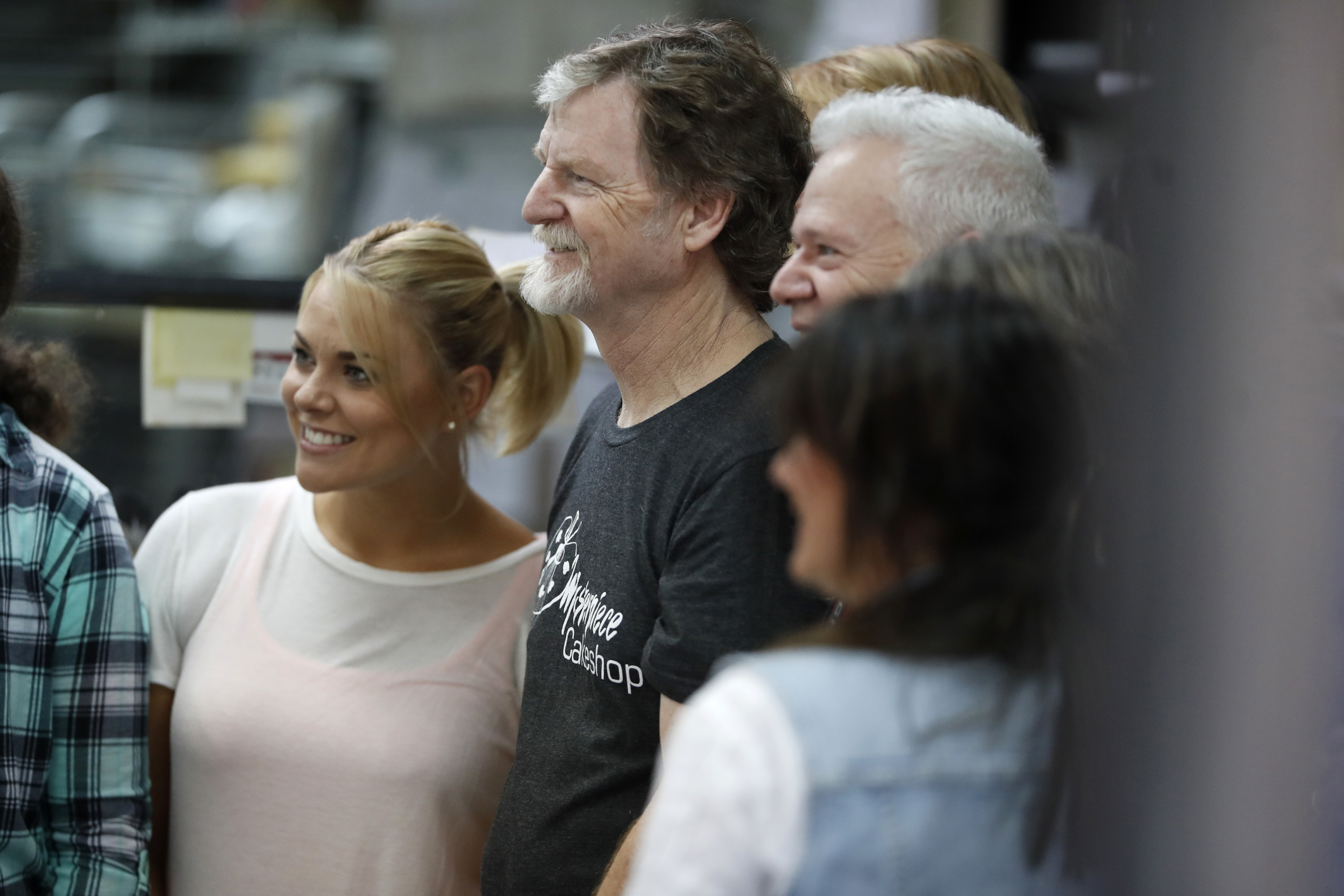 Not all of Phillip’s supporters were equally enthusiastic about the ruling, including Pastor Gino Geraci of Calvary South Denver, an evangelical church in Littleton. Geraci noted the court made its decision on narrow grounds and didn’t address bigger questions, such as how the law should balance the right to equal service with the right to religious expression.

"So again, we are still left with that thorny line: where does religious freedom end and discrimination begin? I think the lines aren’t as clearly drawn as we first had hoped," Geraci said.

Even though the ruling doesn’t give much guidance for future cases, it does send a broad message about how those anti-discrimination laws should be enforced, said Kristen Waggoner, who represented Phillips on behalf of the Alliance Defending Freedom.

"The government just doesn’t seems to be learning the lesson that you have to apply the standard, and the government cannot put its thumb on the scales because it supports one particular ideology over another. It can’t bully people," Waggoner said.

'Won The Battle But Lost The War'

Meanwhile Charlie Craig and Dave Mullins, the couple who's request for a wedding cake in 2012 started the case, spent the day doing interviews at the American Civil Liberties Union offices.

At first, Craig said they were crushed.

"Your head goes to a dark place initially, you know, you’re like what does this mean, what have we done?" Craig said.

As the day wore on, they started to see some silver linings in the narrow ruling, including that it leaves Colorado’s anti-discrimination laws intact. But that doesn't make the Supreme Court's decision, and their place in it, any less overwhelming.

"I don’t really know how this is going to affect anything going forward. Right now, we’re just trying to get through today," Mullins said. 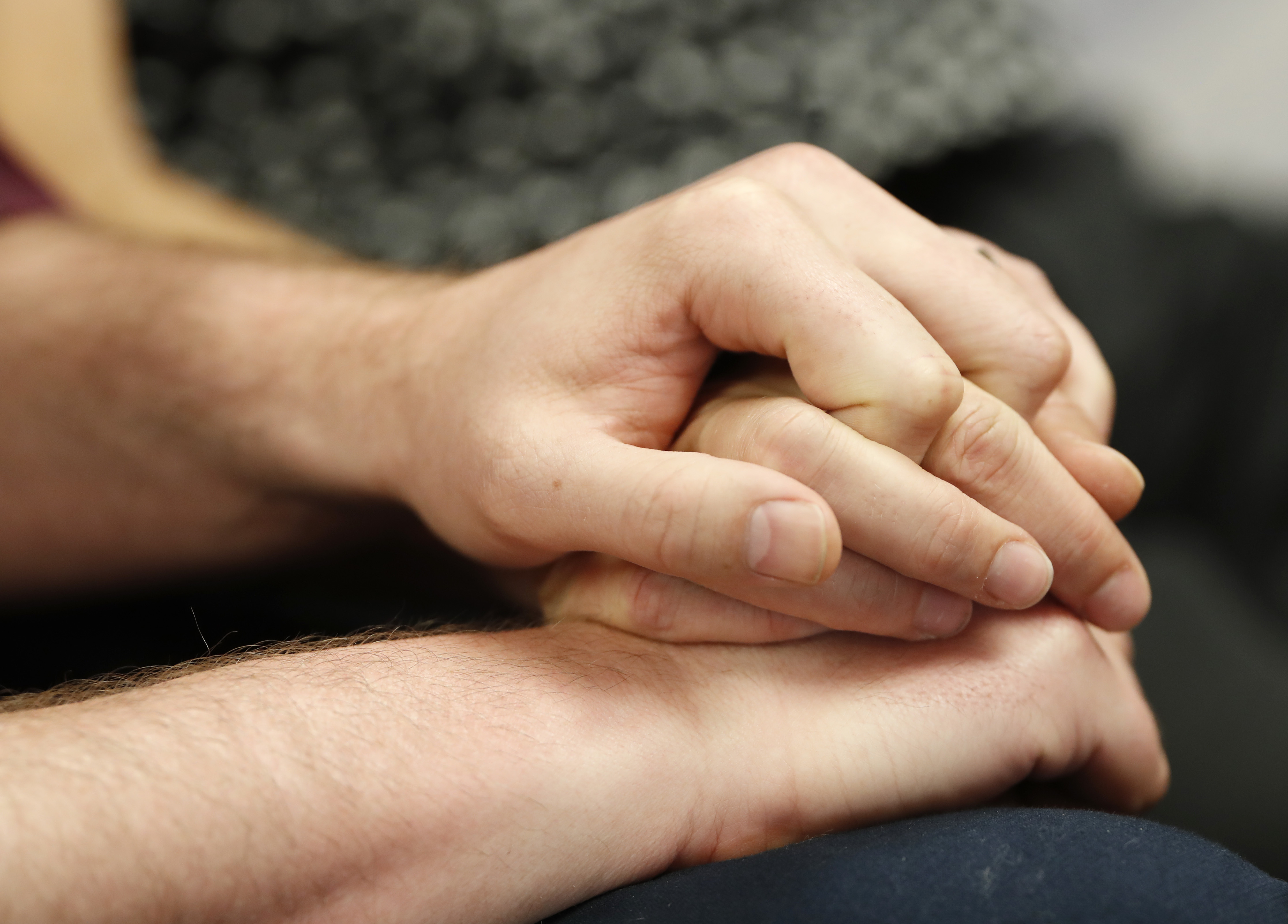 The couple's lawyers are also taking the ruling day-by-day.

"The bakery got a get out of jail free card today because of what the court thought up as misbehavior by the Civil Rights Commission, but that doesn’t mean they get to discriminate in the future, not at all," said James Esseks, the director of the ACLU’s LGBT and HIV Project.

There are still concerns that the decision may embolden business owners to refuse services to certain groups of people, even though anti-discrimination laws remain intact.

"I think many institutions will take heart in this opinion and will think it’s ok to discriminate against individuals based on sexual orientation, whether it’s in the context of public accommodation or in the employment realm," said Scott Oswald, the managing principal of the Employment Law Group in Washington, D.C. "They won’t realize, because they will not have scratched the surface of the opinion, that that’s not in fact what the Supreme Court has said here today."

With several similar legal skirmishes lining up in lower courtrooms around the country, ACLU lawyers are already gearing up for the next case.

"The baker won the battle but lost the war," Esseks said.

Gay rights activists gathered on the steps of the state capitol at sundown Monday to rally in support of Colorado’s anti-discrimination laws in wake of the ruling by the U.S. Supreme Court.

“Maybe it was a little naive to think of the rapid change in the rights of the gay and lesbian community came so quickly and the battle was done,” Hickenlooper said. “I think there will continue to be more skirmishes.”

DeGette noted she looked forward to gifting the gay couple, David Mullins and Charlie Craig, a cake on their September wedding anniversary later this year.

“It’s a poor substitute but it’s the best I can do,” DeGette said. “If you tell me when your anniversary is, I’ll have it at your door.”

“We must stand on the right side of faith and stand with anybody who has been persecuted or put down because of who they are or how they live or who they love,” Tyler said.

The novel coronavirus disease continues to affect Colorado residents, families, businesses, and schools. CPR News is committed to giving you the latest, unbiased, fact-based information on the radio, online and on social media.

The Class of 2020 is graduating in unprecedented times. CPR Classical wants to share our public radio stage to celebrate these graduates. We'll present a special hour-long Graduation Celebration honoring this year's graduates on Saturday, May 23. Find out how you can send in a dedication.