But Christmas isn’t the only winter holiday with a connection to Handel’s music. The composer wrote a piece about the Hanukkah story five years after the debut of “Messiah.” Handel wrote the oratorio “Judas Maccabaeus” in 1746. It’s not as well known as “Messiah” but it’s full of rousing moments and stunning choral passages.

As we celebrate the eight nights of Hanukkah, here are five things you should know about Handel’s overlooked “Judas Maccabaeus.”

It’s an oratorio, not an opera

Handel enjoyed early success writing opera in London. Over time, the public got tired of opera’s lavish stories and crazy characters. Handel needed a way to replace that income. 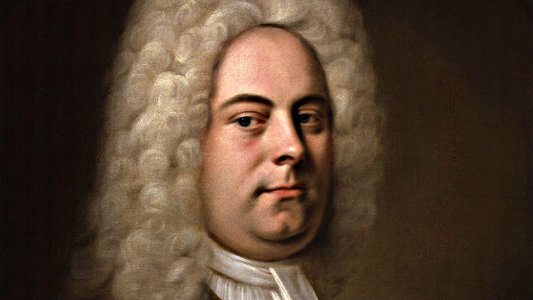 He decided to write oratorios. Like in opera, singers in oratorios represent characters and the story is told with music. Unlike opera, oratorios are often unstaged, and in Handel’s time they usually told a biblical story. Handel’s new approach allowed him to continue to do what he knew well: tell a story with music.

Handel lived in London during turbulent times. The Jacobite uprising of 1745 challenged the British throne. The British army crushed that revolt at the Battle of Culloden in 1746.

After the success at Culloden, Handel set out to write a celebratory piece. Since oratorio was the genre of the day, Handel looked for a relevant biblical story to tell in his new piece. The ancient Jewish story of Judah Maccabee presented that parallel to the events of the day.

It’s a story about Hanukkah written by a Christian

“Judas Maccabaeus” is about the back-and-forth struggle in about 165 B.C.E. between the Jews in Judea and the Seleucid Empire. Judas Maccabaeus emerges as the leader of the Jews. Parts 1 and 2 of the oratorio convey the ups and downs of the war, told with Handel’s engaging music. Part 3 explores  the hard-fought Jewish victory and ends with The Feast of Lights. Handel saw parallels between the Jews who fought an invading empire and the British who fended off a revolt.

Listen to David Ginder give an overview of the story of "Judas Maccabaeus":

The most popular tune from “Judas Maccabaeus” wasn’t originally included. Handel wrote “See the Conquering Hero Comes” for his next oratorio, “Joshua.” The chorus was such a hit, he decided to capitalize on its popularity. He inserted it into “Judas Maccabaeus” -- a more successful oratorio -- four years later.

“See the Conquering Hero Comes” inspired composers after Handel. The most famous example is Beethoven's variations on the tune for cello and piano. The melody was also borrowed in modern times to create a Hannukah song called “Hava Narima,” or “Let’s Lift Up.”

Handel omitted some key details when he set the Hanukkah story to music. The oratorio ends with the Feast of Lights. But there’s no mention of the miracle of the oil -- probably the most important part of the Hanukkah tradition.

In order to rededicate the temple after their victory, the Jews needed an eternal flame to illuminate the sanctuary. They had just one jar of oil. The miracle of Hanukkah is that jar lasted eight nights instead of one. That’s why Jews light candles for eight nights each winter to celebrate the Festival of Lights.

In the end, the Christian composer who wrote “Messiah” also created one of the best-known examples of Hanukkah-inspired music in the classical tradition.

Listen at 6 p.m. Sunday, Dec. 9, the final night of Hanukkah, to hear a complete airing of Handel’s “Judas Maccabaeus.”