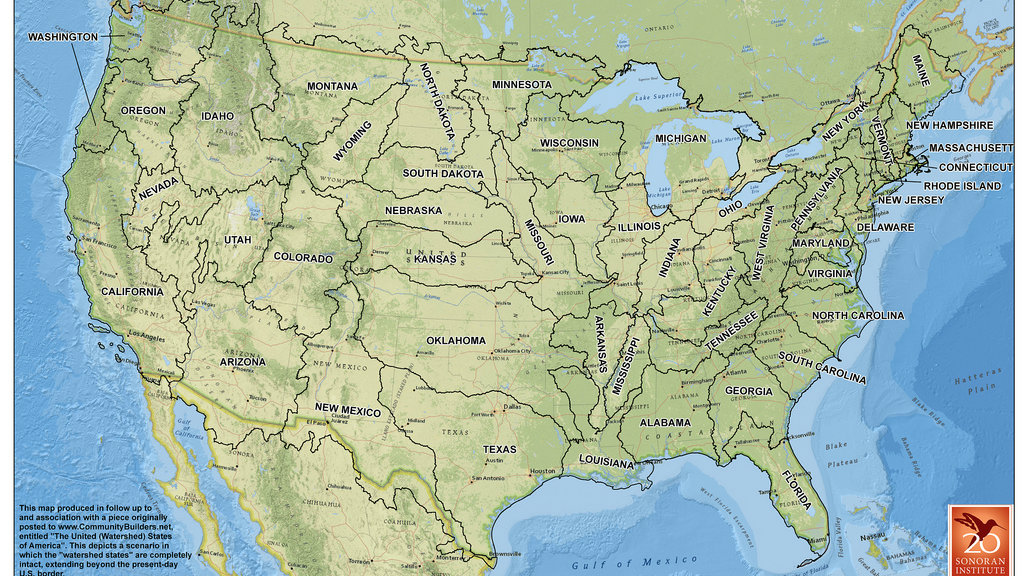 (Photo: Courtesy of John Lavey)An idea from the 19th Century about water resources is sparking a lot of discussion in the 21st Century.

In 1879, explorer John Wesley Powell suggested using water and topography as the basis for determining the boundaries of Western states. Powell even created a map showing what these states would look like.

It was a form of sustainability before the phrase was even coined.

The map he created received a lot of attention -- way more than Lavey expected.

Lavey says the reason this map has stimulated so much discussion is because it’s given people a way to think differently about the future and contemplate how things can be changed positively.

For example, Lavey says that if states were organized around watersheds and the idea that water should be used efficiently, then it might be possible for governments and citizens to focus more on conservation.

Additionally, Lavey believes towns might have grown up with a more compact, mixed-use form and there might be more concern about ecosystem management.

“Maybe the local foods movement would be even stronger than it is,” says Lavey says.  “Because if you care about food, you care about water -- you can’t eat a carrot unless there’s water to grow it.”

But Lavey says it’s tough to say whether the water conflicts of today would really be any better.

“It’s Americans' nature to make the most out of what we have," Lavey says.  “So watershed groups might take a market-based approach and capitalize on their water resources and sell them in ways that might put cities in some places different than where they are now. Perhaps Grand Junction would be the watershed states Phoenix.”