Coloradans want to ride their bikes more. To work, to the store, to meet a friend.

But they don't, and the reason is simple.

"They're scared," said Avi Stopper, the founder of a new effort, the Bike Streets Project.

Research shows there's an untapped mass of folks who are interested in cycling, but are deterred by speeding cars and buses barreling by.

"The most substantial group is described often as ‘interested, but concerned.’ And that represents full on 60 percent of the population in cities like Denver," Stopper said.

Stopper wants to get more people in that gray area on the streets. He could easily blend in with those casual cyclists: Stopper's bike is unassuming, and he isn't clad in skintight Spandex, just street clothes and a helmet.

The main thrust of the Bike Streets Project's outreach is a map of what Stopper calls "low-stress" routes around the city. Blue lines occasionally turn into red dots and dashes along major intersections, representing where to get off and walk your bike.

"The idea is it turns your adrenaline rush from riding on big arterial streets into an endorphin rush, a really wonderful, pleasurable experience where you’re riding on these low-stress streets, you’re experiencing the neighborhoods around you and you don’t have to be an incredibly competent bicyclist to do it," Stopper said.

New Belgium has thrown money behind the Bike Streets Map. Stopper also has a network of 45 "neighborhood captains," cycling enthusiasts who map their communities and encourage neighbors to test out the routes. 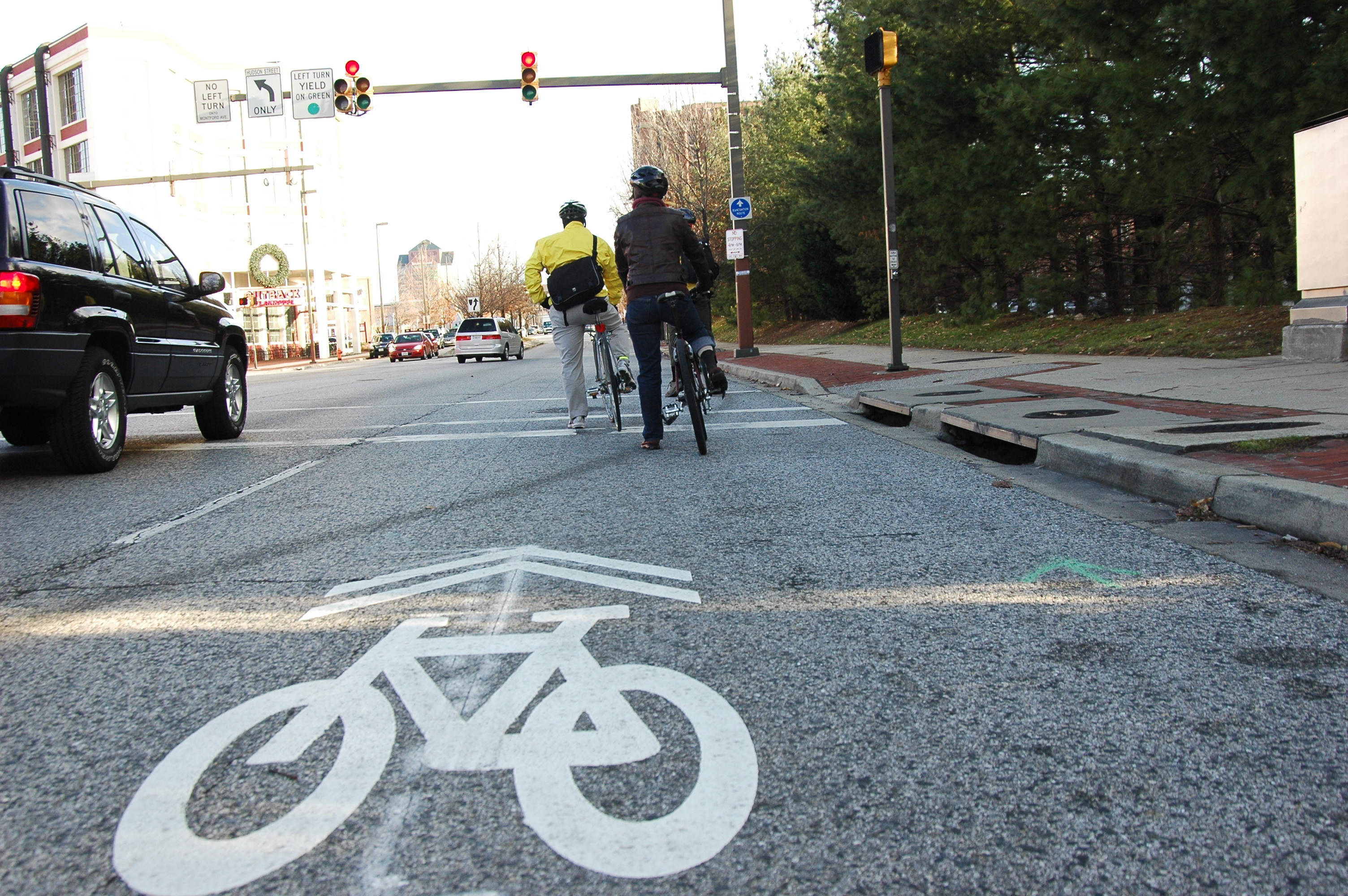 To test the map, Stopper rode to 12th Avenue and Clayton Street in Denver's Congress Park neighborhood. Traditional bike maps would have you ride down 12th Avenue, which is marked by "sharrows," those symbols of a bike and chevrons painted on roads meant to be shared by motorists and cyclists.

Stopper contends, however, that the arterial street is not a comfortable place to ride, especially for new, nervous cyclists. Cars and buses whiz by and occasionally run through stop signs.

So, on the Bike Streets Map, Stopper instead recommends heading south just one block to 11th Avenue, a calmer neighborhood road.

"I feel my blood pressure dropping significantly," Stopper said, once he walked one block over.

Stopper doesn't want or expect the Bike Streets Map to take the place of bike infrastructure improvements, just to make the existing system more accessible. Nor does he expect seasoned bike commuters to change their routes to match the map's.

"In no way is Bike Streets about telling folks who are already riding, who are comfortable and confident riding in the places that they’re riding, that they shouldn’t ride there," Stopper said. "However, I’m also a pragmatist, and I recognize that the vast majority of the population is never going to ride on big arterial streets."

Stopper eventually wants to expand Bike Streets Project statewide, and even beyond Colorado.

For now though, the map solves one of the problems that motivated him in the first place: Finding safe streets to bike on with his young children.

Check out the Bike Streets Map.