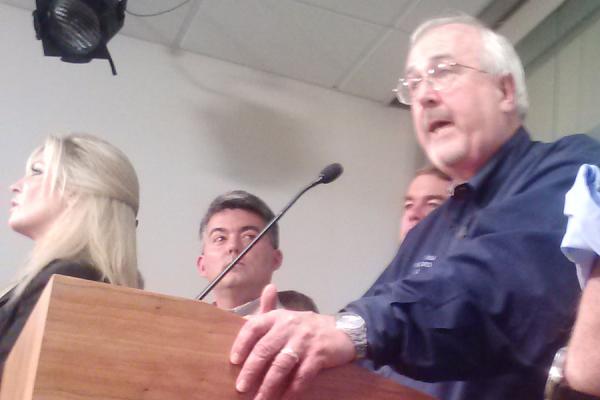 State and federal officials say it’s still too early to determine the scope of damages in the wake of Colorado’s devastating floods.

The state has been declared a major disaster and the Federal Emergency Management Agency says it will work quickly to help rebuild communities.

“…We are sending teams out on the ground to go neighborhood to neighborhood to met with people to see what those needs are,” said FEMA Administrator Craig Fugate. “But we are still working on the immediate needs to set up recovery.”

Roughly 20 helicopters are still doing search and rescue operations. State teams are also assessing damages to infrastructure such as bridges and roads.

“Do we want to rebuild the way it was, or do we want to take an opportunity to rebuild back better? So that we’re not flooding out homes, we’re not losing culverts and roads?” asked Fugate.

The price tag is still unknown, but flood waters have destroyed or damaged nearly 19,000 homes. As of 2:21 p.m. Monday, the most recent estimates from the Colorado Office of Emergency Management state that there are 658 people reported missing and 11,750 evacuated.

Fugate says he hopes water and power can be restored quickly so people can move home and go back to their lives. He says the federal government is also trying to find rental units for victims whose houses were destroyed.