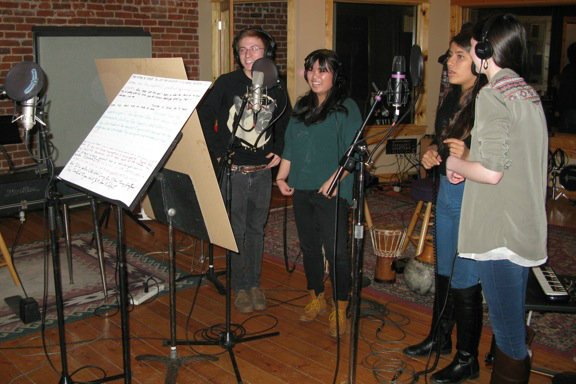 (Photo: Courtesy of Molly Nuanes)Twelve Colorado high school students recently collaborated on an album, despite the fact that few of them know how to play musical instruments.

Failure Lab encourages its participants to take such risks. The new program at Denver's Museum of Contemporary Art (MCA) teaches aspiring artists to view failure as an integral part of the creative process.

The MCA launched its teen program in 2008. As it grew, the museum considered how to make a bigger impact on its high school interns.

The result: Failure Lab, which aims to address the overwhelming pressures young people often feel to succeed or adhere to standards.

The inaugural Failure Lab class includes twelve high schools students from the Metro area who meet for two hours weekly during the academic year. The participants work with museum staff and Colorado artists to organize events and create projects.

"It’s even more important for young people to learn how to manage failures, cope with them, get the most out of them," Winch says.

Find out how to fail successfully! Here are some resources:

We want to hear from you! Share your story of learning from failure with us by emailing arts@cpr.org.