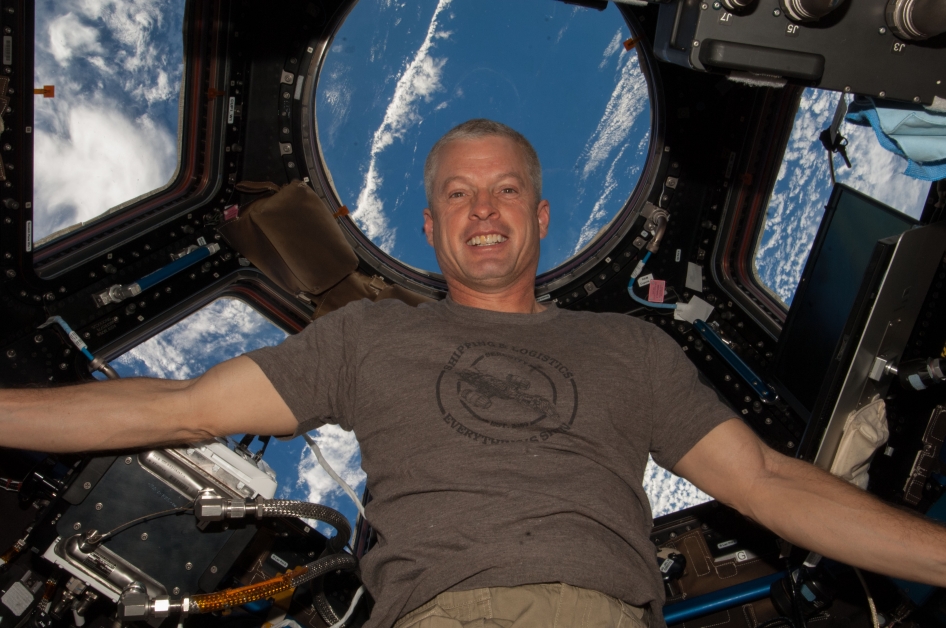 Swanson, who calls Steamboat Springs, Colo., home, on Wednesday shared another selfie from the space station. The photo features the flight engineer having his blood drawn and with the caption on Instagram saying: "Blood, sweat, but hopefully no tears." 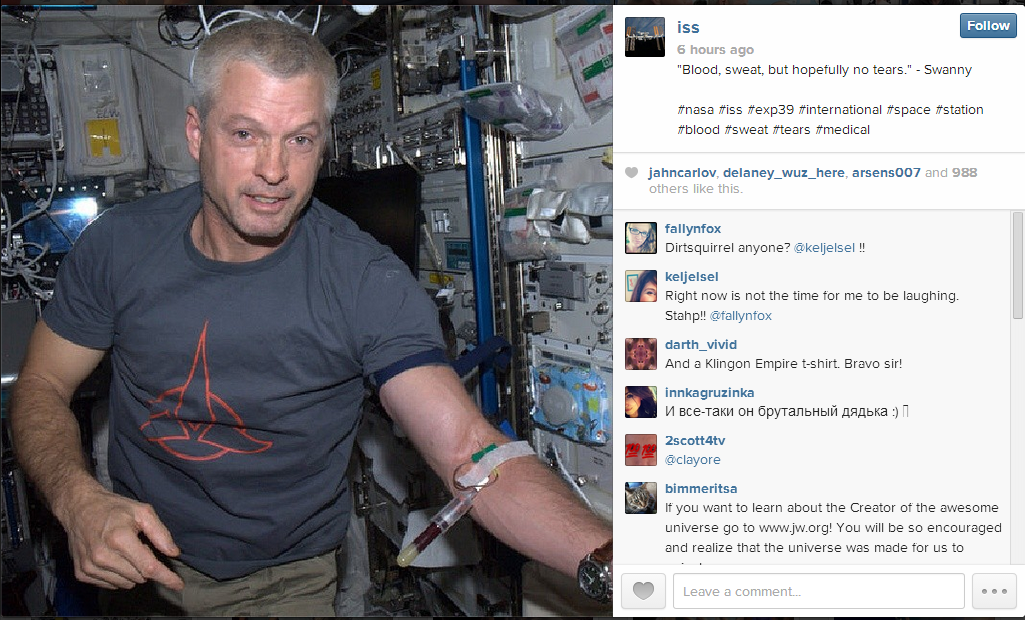 (Photo: International Space Station Instagram feed)This latest trip to the station marks Swanson's third time in space. Earlier this week, Swanson, along with fellow astronaut Rick Mastracchio, talked with students from Sandy Hook Elementary School in Newtown, Conn.  Swanson has also been working on an experiment that examines what microgravity does to a crew member’s skin.

NASA reports that Swanson also had his hearing and eyes examined before an express cargo delivery to the ISS from Kazakhstan's Baikonur Cosmodrome on Wednesday.