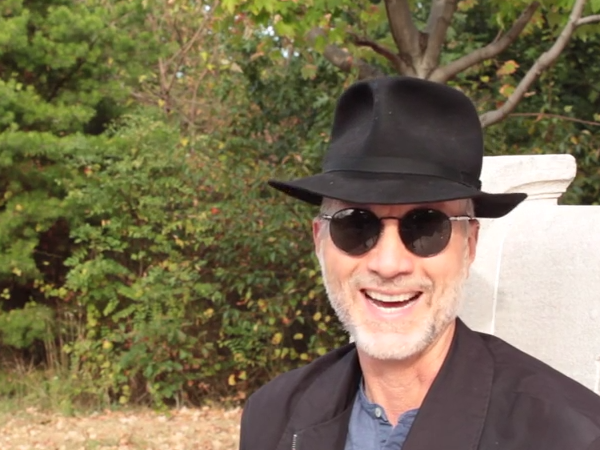 The Pulitzer committee announced the award for Adams’ piece “Become Ocean,” which the Seattle Symphony debuted in June.

The citation describes the piece as "a haunting orchestral work that suggests a relentless tidal surge, evoking thoughts of melting polar ice and rising sea levels."  "Become Ocean" has not been commercially recorded.

Adams scored the music for three orchestras playing together onstage, Seattle Symphony Music Director Ludovic Morlot explains in a video the symphony produced on the piece.

“The three orchestras have their own journey and their own rhythm. And three times during the piece they meet in that crucial moment, at the peak of their dynamics together,” he says.

New Yorker classical music writer Alex Ross raved about the piece last July after attending the premiere. Sections of the piece evoke “a tidal surge washing over all barriers,” Ross wrote, saying it “may be the loveliest apocalypse in music history." More from Ross:

“ … Astonishment comes in many forms. There are shocks of beauty, shocks of feeling, shocks of insight. Such were the virtues of John Luther Adams’s “Become Ocean,” a forty-two-minute piece for large orchestra, which had its premiere at the Seattle Symphony on June 20th. Like the sea at dawn, it presents a gorgeous surface, yet its heaving motion conveys overwhelming force. Whether orchestras will be playing it a century hence is impossible to say, but I went away reeling.”

Adams, who lived in Alaska for decades before moving to New York City last year, earned a reputation for composing lengthy pieces that don’t always translate to a concert hall setting (or radio play, for that matter).

His sound installation “The Place Where You Go to Listen” at the University of Alaska Museum uses thermometers, seismic activity gauges and other measures of natural phenomena to trigger and alter electronic sounds.

Adams’ “Inuksuit,” is scored for between nine and 99 percussionists and intended to be played outdoors. The recorded version of "Inuksuit" features 34 percussionists (including Thad Anderson, who's visiting Colorado for a pair of recitals) scattered throughout a Vermont forest.

Adams will receive $10,000 as part of the Pulitzer award.

Other nominees for the 2014 Pulitzer Prize for music were  "The Gospel According to the Other Mary" by John Adams and "Invisible Cities" by Christopher Cerrone.

Last year’s winner of the Pulitzer Prize for composition was Caroline Shaw, a member of the American Contemporary Music Ensemble (ACME).