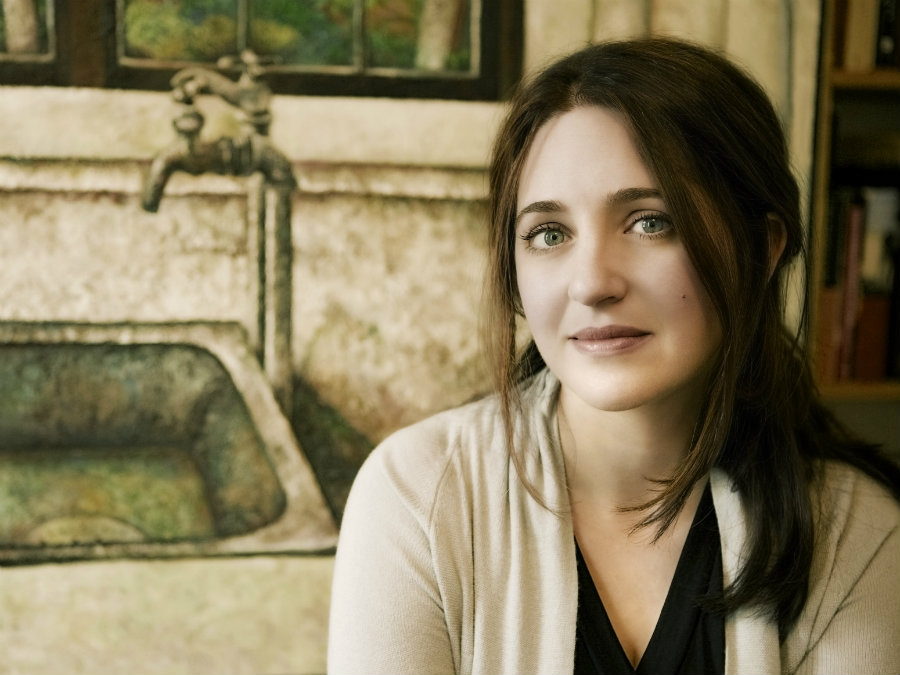 (Photo: Courtesy of Lisa-Marie Mazzucco)When I was a teenager trying to learn how to play piano, one of the hardest things for me was having to learn two different parts and then put them together. At least, that’s how my teenage brain saw the challenge of piano.

I would learn the right hand part, then the left hand part.  Easy enough. But putting the two together was always extremely challenging for me. Learning the flute was so much easier because both hands always worked together to create a single note.

Sound familiar? It’s probably why some of us stop playing piano.

So it is with utter amazement that I've been listening to pianist Simone Dinnerstein’s new CD of Bach’s "Inventions and Sinfonias," because Bach was addressing this exact conundrum with these pieces.

“The two-part inventions have two separate melodies happening at the same time,” Dinnerstein told CPR Classical after a recent session in the CPR Performance Studio. “One melody is in one hand, the other in the other hand.”

Here’s a great example. The melody starts in the right hand and then the left hand joins in:

The melody often begins the same way for each hand, with the right hand starting the melody and the left hand joining a measure or two later like a musical round. (Think “Row, row, row your boat.”) It’s easier to hear in this piece:

OK. I can get my head around that. It doesn’t sound easy but it sounds doable.

“The sinfonias have three separate voices happening at the same time. So the middle voice is shared between the two hands but you have to be kind of unaware that that’s happening,” Dinnerstein says, “so that it sounds like someone with three hands is playing the piece.”

She laughed when she said this. I shuddered.  You can hear this notion of a three-handed pianist in this sinfonia:

Bach wrote his "Inventions and Sinfonias" as exercise pieces for his students. Bach titled the collection:

Honest method, by which the amateurs of the keyboard – especially, however, those desirous of learning – are shown a clear way not only (1) to learn to play cleanly in two parts, but also, after further progress, (2) to handle three obligate parts correctly and well.

Dinnerstein acknowledges that when she first learned the "Inventions and Sinfonias" as a student all she could focus on was navigating the notes.

But now, having played so many other Bach pieces, she says she feels them on a deeper level. She says “these are beautiful, complex and deep works of music.”

She encourages us to listen to them not as exercise pieces, but as complicated pieces that reflect Bach’s personality.

I think what Bach was saying to me is that it’s best to listen to the pros play these -- although I’ve been looking at the sheet music for the "Inventions" and wondering if I should try my hand at them.

Karla Walker shares CPR Classical’s recent conversation with Dinnerstein and her new CD of Bach’s "Inventions and Sinfonias" on 5 O’Clock Bach each afternoon this week.