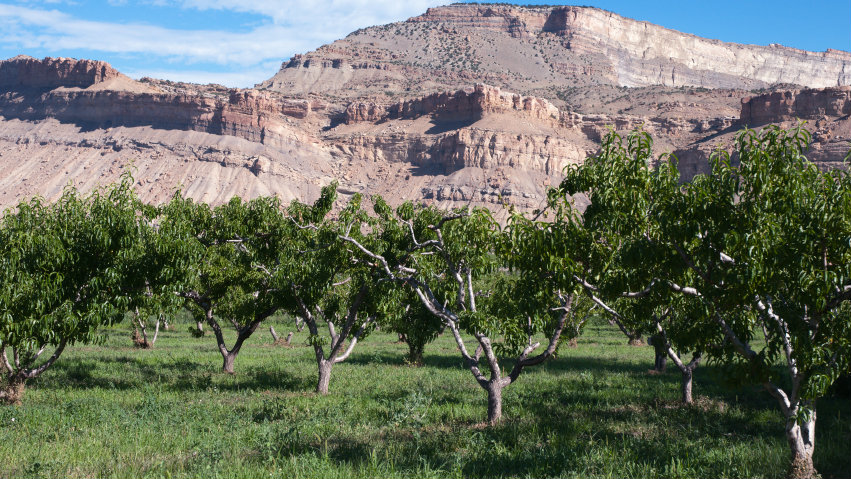 Temperatures dropped below freezing Monday night in western Colorado, but one Palisade peach grower says she thinks her crop survived.

Theresa High with High Country Orchards told CPR earlier on Monday that her crew was in for a long night of watching to make sure the crop was safe.

"We did have a lot of moisture in the air and that tends to protect the fruit and insulate it from the colder temperatures," High says.

This morning, she said they turned on wind machines when the temperature fell to 28 degrees, and that may have kept the peaches from freezing.

"Overall I would say that we survived it," High says.  "We won’t know for about a week because that’s how long it takes before we would be able to see the signs of damage."

She says if all goes well through the rest of the season, her peaches will start showing up in Front Range markets as early as the Fourth of July.