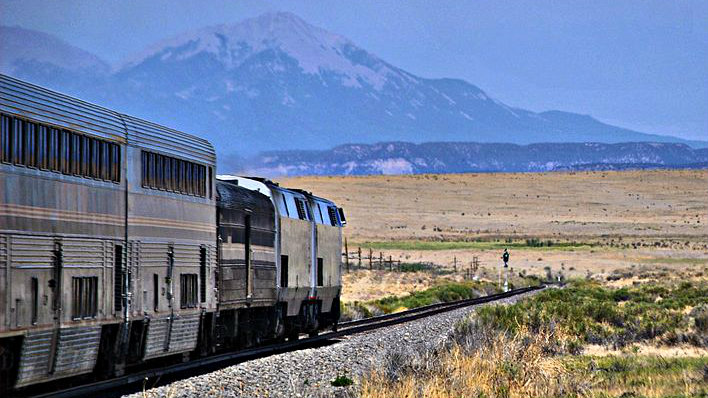 (Photo: Courtesy of Steve Wilson)Governor John Hickenlooper will be in Pueblo on Wednesday to sign a bill that creates a commission aimed at keeping Amtrak’s Southwest Chief rolling through southern Colorado.

The Los Angeles to Chicago train currently stops in Lamar, LaJunta and Trinidad but it could be rerouted to neighboring states unless some $200 million in repairs are made to the tracks in Colorado, New Mexico and Kansas.

"I consider this plan for saving the Southwest Chief and bringing passenger rail into Pueblo as one step towards that ultimate dream of connecting the entire Front Range," Pace says.

BNSF, the freight railroad that owns the tracks, and Amtrak recently pledged millions as part of a collaboration with southern Colorado communities and Kansas to apply for a federal grant to help with the repairs.

A study co-authored by CSU Pueblo economics professor Kevin Duncan looked at the economic impacts of the rail service. Duncan says that adding a Pueblo stop would allow visitors easier access to other Colorado destinations.

"What my research suggests is that future of the Southwest Chief relies on access to higher population density markets," Duncan says.

The findings also show the estimated $40 million it would cost Colorado as part of a five-way partnership to repair the existing route is offset by the revenue and jobs the Southwest Chief generates in the state.

Critics of the plan say that the route is already overly subsidized by the public because it runs at a deficit.