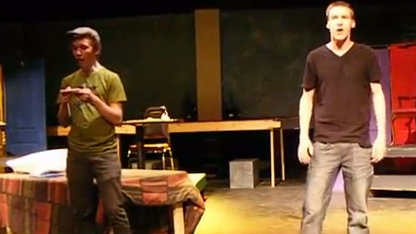 (Photo: Courtesy of Longmont Theatre Company/YouTube)In advance of the Scientific and Cultural Facilities District (SCFD) board awarding grants for 2014 following a meeting on September 25, Boulder County officials this week approved applications requesting more than $650,000 that would go to various cultural and scientific organizations.

Since 1989, SCFD has distributed funds from a .1 percent sales and use tax to cultural facilities throughout seven metro area counties, totaling $47.3 million in 2013.  The tax is up for reauthorization  in 2016.

Out of the 75 grant applications reviewed by the Boulder County Cultural Council and publicly presented on Tuesday, five organizations did not receive recommendations.

This group includes the Longmont Theatre Company, which failed to make the cut for the second time in three years. The company requested $25,000 in SCFD money to apply to its general annual operating expenses.

While the other four organizations received a “Do Not Fund” recommendation because of incomplete applications, a memo released by the Boulder County Cultural Council reveals its concerns over the financial state of the Longmont Theatre Company.

The advisory panel wrote the following in a memo to Boulder County Commissioners:

"The organization has incurred net operating losses in the past few fiscal years, is projecting continuing deficits in 2014 and 2015, has low liquidity and working capital on its most recent balance sheet and has large funded debt balances. We do not have confidence that the organization can continue to pay scheduled principal and interest on this debt in a timely manner and funding from SCFD cannot be used to retire debt."

In an interview with the Longmont Times-Call, Steve Carver, president of the Longmont Theatre Company's board of directors, says that the organization’s finances are in better shape than the panel’s findings suggest.

CPR was unable to reach Carver or a Longmont Theatre Company spokesperson for comment.

According to the Longmont Times-Call, the volunteer-run theatre company, founded in 1957, has received little SCFD funding since 2009.

"The Boulder County Cultural Council has sole discretion about how they choose to distribute the funding," SCFD executive director Peg Long says. "The statute is clear: We have to honor how the County spends its money."

Editor's Note: An earlier version of this story erroneously stated the percent level of a sales and use tax that funds the SCFD. The current version, which states .1 percent, is correct.