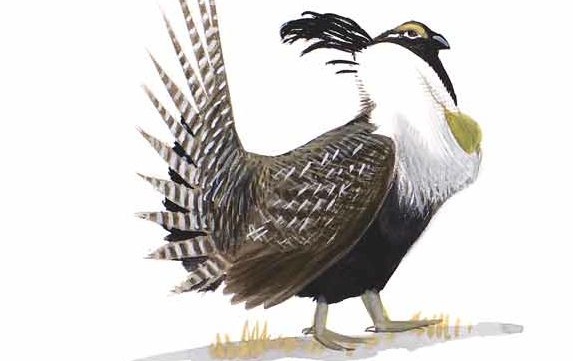 (Photo: Courtesy of David Sibley)The Bureau of Land Managment has issued a moratorium blocking oil, gas and coal leasing on 800,000 acres of public land in southwestern Colorado and eastern Utah that is habitat for the imperiled Gunnison sage grouse.

The moratorium described in the BLM memo prevents agency officials from offering and selling new leases, and requires that land-use plans be updated.

"BLM is talking about restrictions on energy development, on ranching, on economic activities in rural communities in Colorado and Utah without looking at the impact of those restrictions on local economies and on job creation," Sgamma says.

These new rules from the BLM come down as a prelude to an expected ruling by the Fish and Wildlife Service to list the bird as an endangered species.

The Gunnison Sage Grouse is related to the greater sage grouse, which is the focus of a separate debate over federal protection.