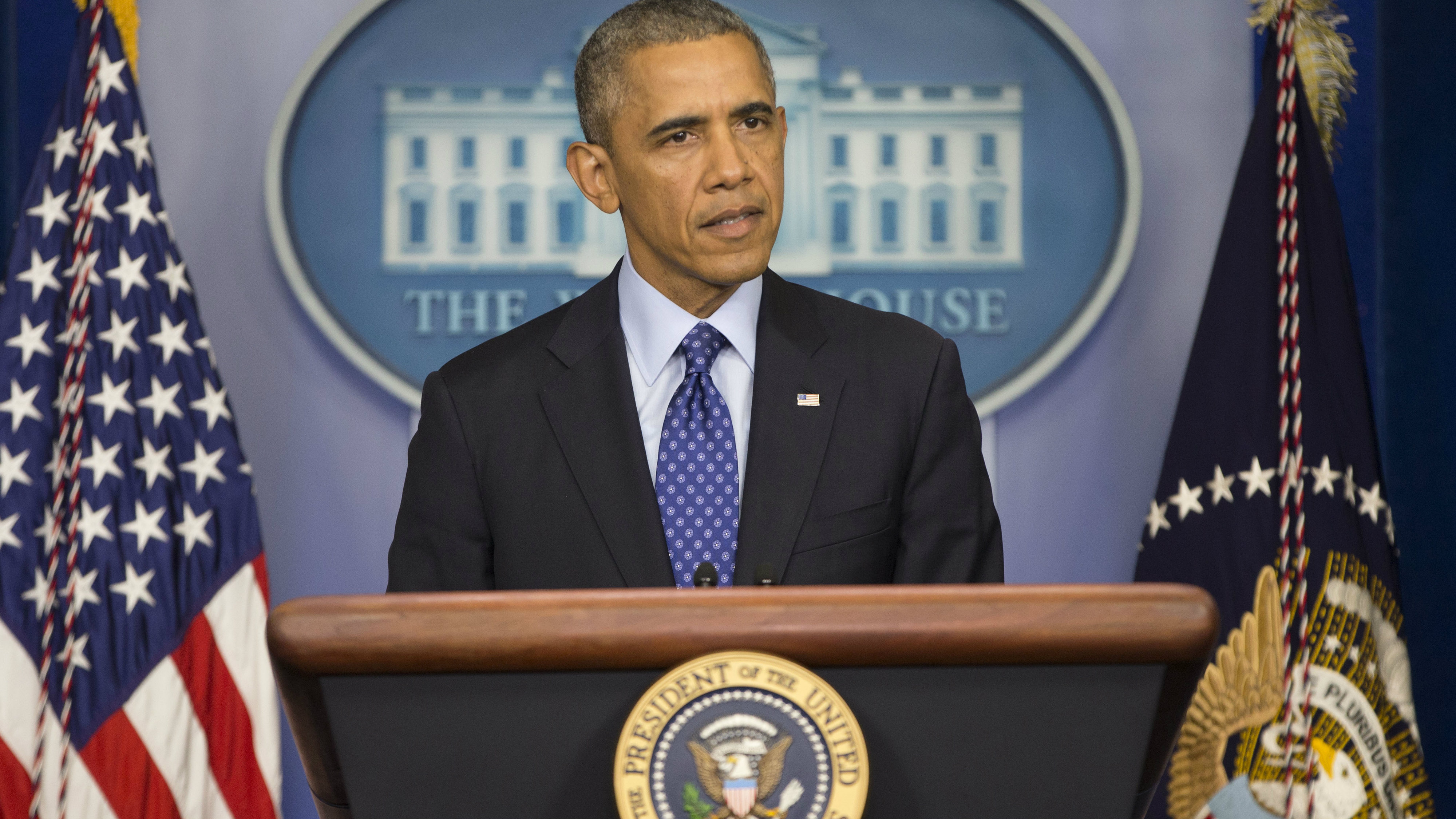 President Obama says the U.S. will send up to 300 military advisers to Iraq to help it cope with the Sunni extremist group ISIS, which has won several key battles in recent days.

Obama said Americans won't be taking up combat roles in the conflict — and he said the U.S. won't take actions "that support one sect inside of Iraq at the expense of another."

The president spoke Thursday about the situation in Iraq, where officials have been requesting American military help in the face of advances made by ISIS. The group's fighters have taken over several cities in northern Iraq this month.

Taking questions from reporters, Obama said the U.S. has conducted reconnaissance and surveillance on ISIS. And he said the reasons for a lack of a "residual" American combat force in Iraq after the major troop withdrawal are rooted in decisions made by the Maliki government over foreign soldiers' immunity from prosecution.

Of Syria, the country where ISIS reportedly first gained momentum, Obama said, "the question has always been, is there the capacity of moderate opposition on the ground" to confront extremist militants.

He added that the challenge is complicated when former civilians attempt to confront extremist groups that are trained and battle-hardened.

Obama said ISIS is "a threat to the Iraqi people, to the region, and to U.S. interests. But he also stated, "American forces will not be returning to combat in Iraq."

Here's a rundown of what the president said the U.S. is doing:

"Above all, Iraqi leaders must rise above their differences" and chart their own path, Obama said.

As we reported earlier today, the rapid gains made by the Sunni group ISIS have stoked fears that Iraq may be on the verge of splintering along sectarian lines. Many are now calling for the resignation of the country's Shiite Muslim leader, Prime Minister Nouri al-Maliki.

"I think we have to get the neighboring countries involved that have influence — like Turkey with the Kurds and Iran with the Shia and Saudi Arabia with the Sunnis — to find a constructive solution together with the United States."

The rest of that interview will air on All Things Considered later today.

Of Maliki, NPR's Leila Fadel reported on today's Morning Edition, "He's seen as a really corrupt and sectarian figure that has marginalized so much of the Sunni population, and they're frustrated."

But the possible ouster of Maliki is a sensitive issue — he is an elected official who has the support of Iraq's Shiite majority, as well as that of its Shiite neighbor Iran. But as Reuters noted Wednesday, the Sunni kingdom of Saudi Arabia issued "an apparent warning to arch enemy Iran... saying outside powers should not intervene in the conflict in neighboring Iraq."

The renewed violence in Iraq has put new attention on the Sunni-Shiite divide, with the Pew Research Center saying Wednesday, "In some countries, significant shares of Muslims don't even see the distinction between Sunni and Shia Islam as relevant."

But it's relevant in Iraq — and the split between the sects is more than 1,300 years old, as NPR's Parallels blog has reported.