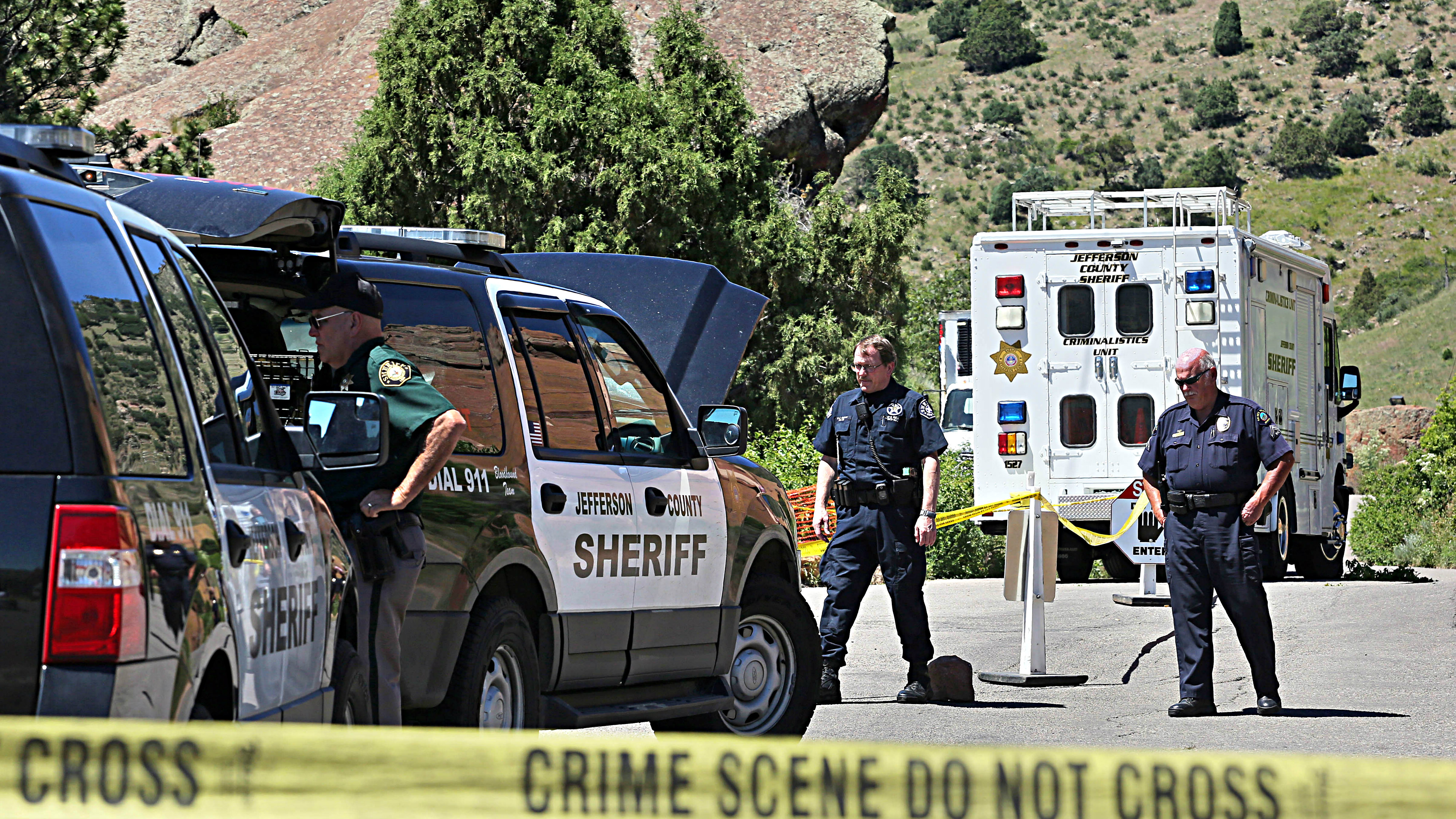 (AP Photo/Brennan Linsley)Authorities say Los Angeles rapper Schoolboy Q was one of four occupants in an SUV that was fired on late Thursday during a concert at the Red Rocks outdoor amphitheater in Colorado.

Investigators say three unidentified people -- not including Schoolboy Q, the stage name of 27-year-old Quincy Matthew Hanley -- were hurt in the shooting, but their injuries were not life-threatening. One was released from the hospital Friday morning.

Authorities responded at 10:30 p.m. to reports of a shooting near the Trading Post shop in the parking lot of Red Rocks and began searching for a gunman with a rifle. The suspect is described as a black male approximately six feet tall.

No motive was released and it's unknown if Schoolboy Q was targeted in the shooting. But Jefferson County Sheriff's spokesman Mark Techmeyer said the attack did not appear to be random.

"I think we probably had 30 to 40 people out at Red Rocks today, from people searching fields to investigators doing interviews to gathering surveillance tapes," Techmeyer told CPR. "It’s been a massive effort, and it will continue to be for some time."

None of the performers were injured.

About 4,500 people attended the concert, Red Rocks officials said. The amphitheater seats up to 9,525 people.

Ru Johnson of Denver was at Red Rocks for the event.

While the Jefferson County Sheriff’s office reported that the shooting happened after the concert, Johnson says electronic musician Flying Lotus was still performing at the time the shots are reported to have gone off. Techmeyer says it's possible the shooting happened during the concert since city noise ordinances permit live music at Red Rocks until midnight on weekdays.

“The bass is so booming, we definitely didn’t hear anything from inside,” Johnson says.

Johnson left the venue during the night’s final set unaware of the incident and discovered investigators near the Trading Post.

“There was a really large, intense police presence," Johnson says. "I’m talking massive SUVs and bullet proof vests, they were locked and loaded. We were really tense. The energy around us was really tense.”

Officials at the scene locked down the parking lot and barricaded exits. They then asked concert attendees to stay in their vehicles and lock their doors.

Like many concertgoers, Johnson says she and her friends waited for about two hours until an investigator searched their vehicle and questioned the occupants. The official then allowed Johnson and her friends to leave.

Traffic was chaotic and slow. "We had a shooter out there," Techmeyer said of the detailed security process.

Officials interviewed witnesses until the early hours of Friday morning.

The three injured men were in a private chauffeur service vehicle driving from Red Rocks to Denver. Denver Police stopped the SUV near the intersection of 6th Ave. and Kalamath St., about 15 miles from the outdoor concert venue.  Investigators did not know if more people had been in the SUV before police stopped it.

Techmeyer said investigators want to hear from anyone who took video backstage Red Rocks or near the Trading Post shop between 9 and 11 p.m.

The concert benefitted three groups including Gang Rescue And Support Project (GRASP), a support organization for at-risk youth in Denver.

"We want to know what's going on so we can help out in any way," said GRASP program director Cisco Gallardo. "There could have been a prior beef, prior problems."

Promoters said GRASP got 5 percent of the profits. Two other groups also got 5 percent each: Preserve the Rocks, which helps preserve the Red Rocks venue, and Helping Our People Excel, a Denver-area charity with a food pantry and other services.

Red Rocks officials say Friday's concert at the amphitheater featuring Skrillex will go on as scheduled.