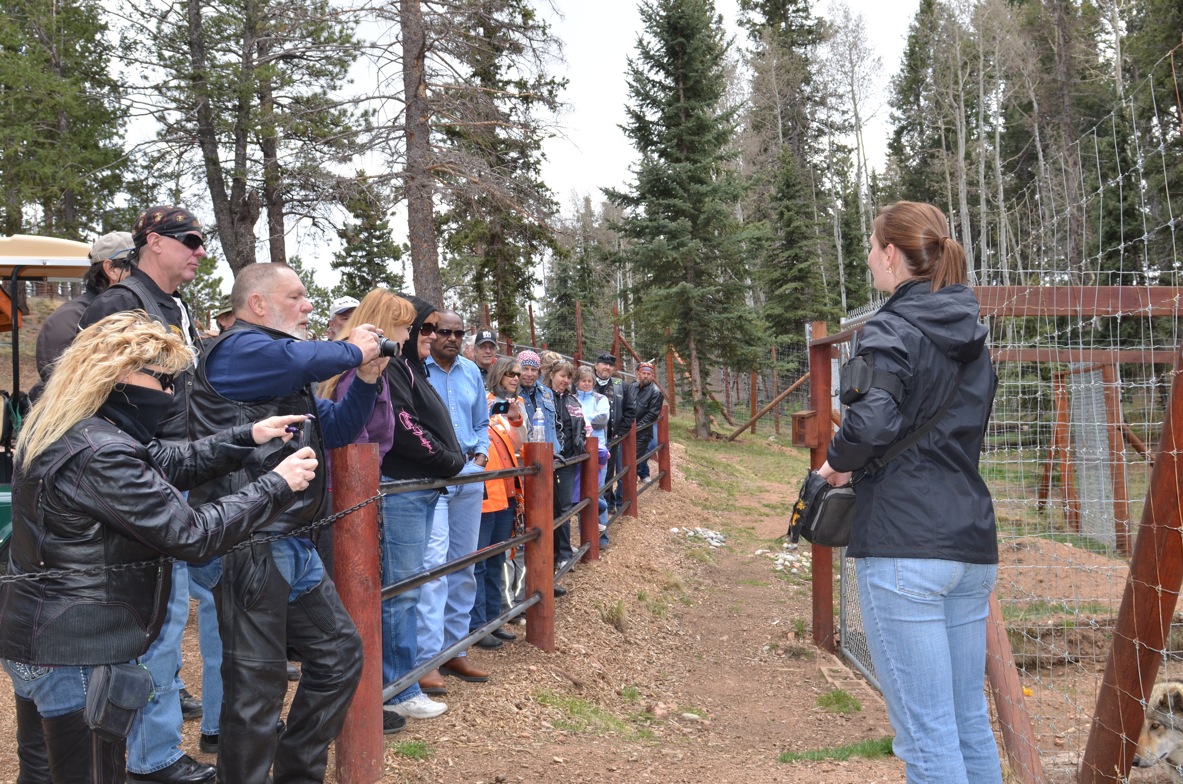 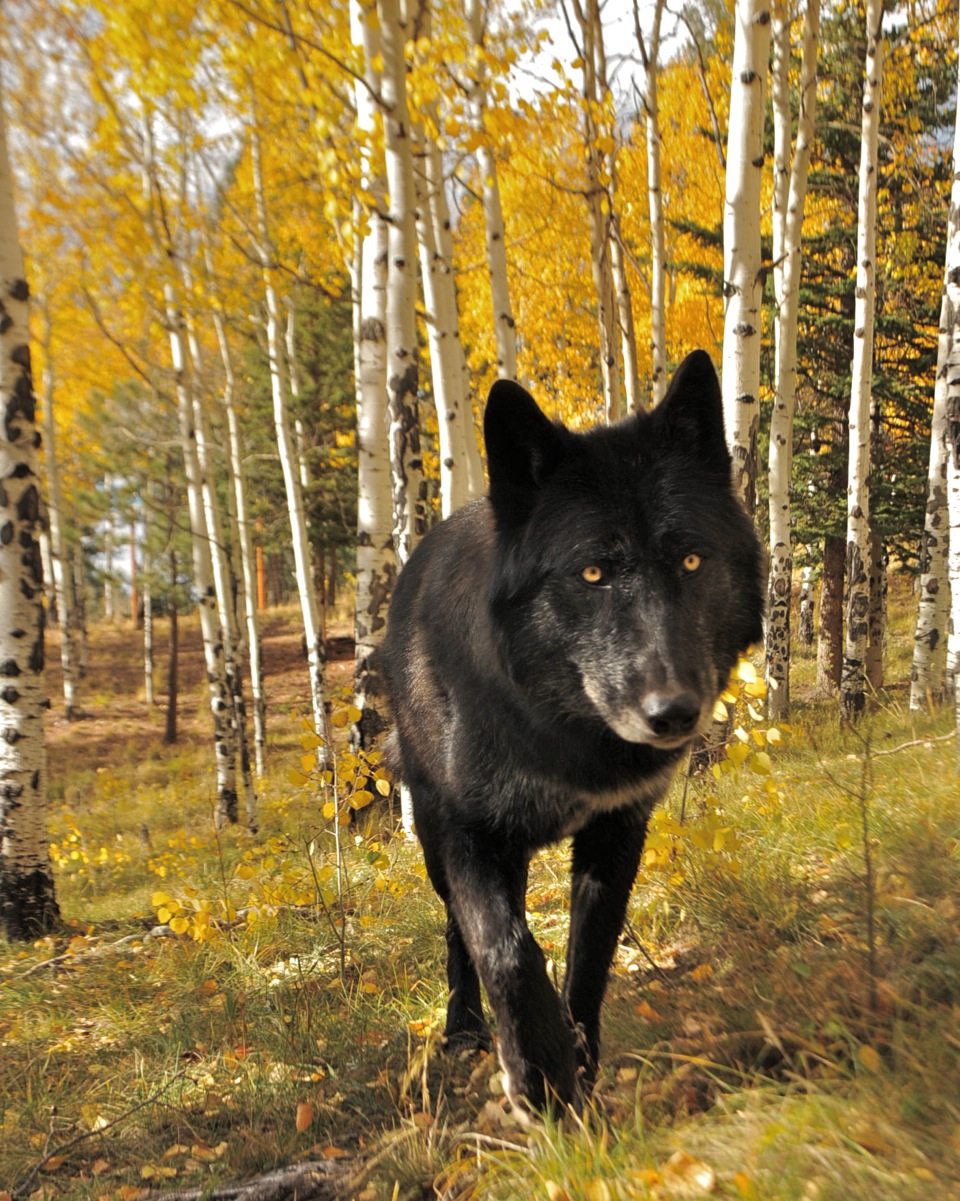 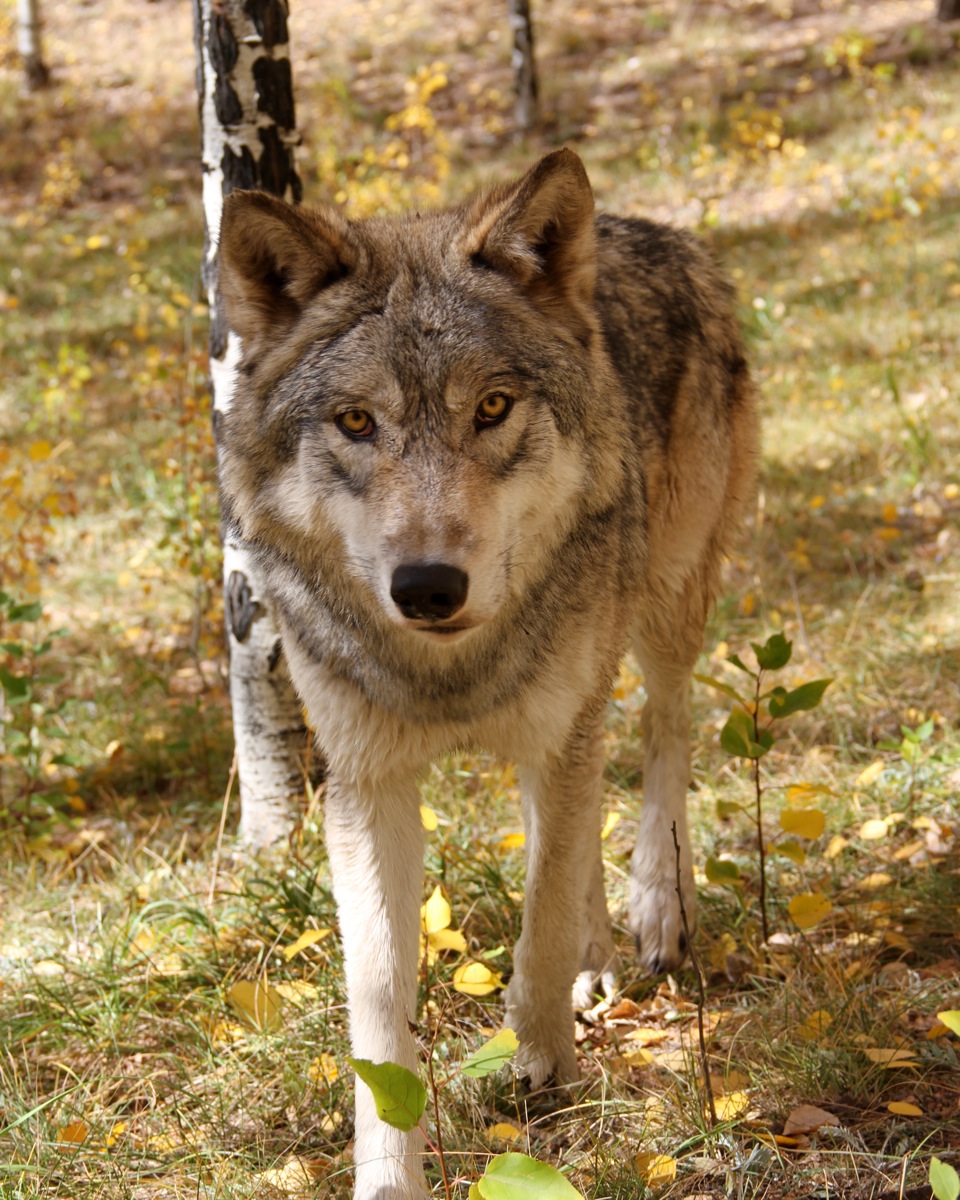 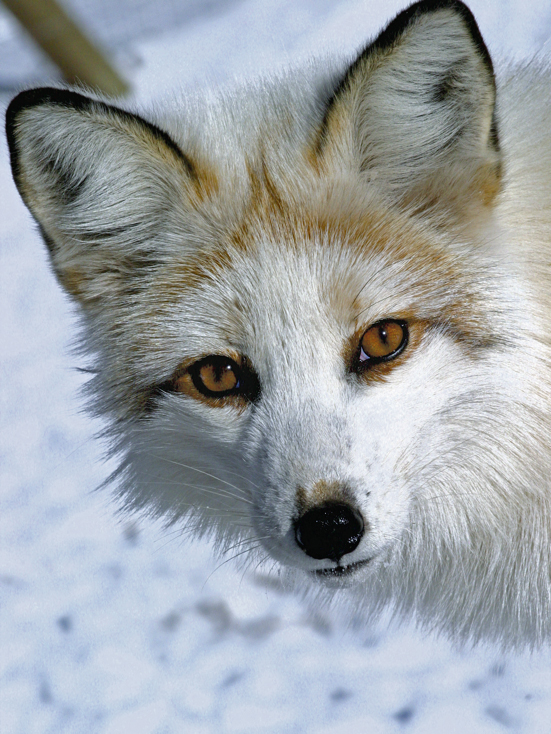 The howl of the wolf is a song rarely heard in Colorado these days. The wild ones are gone, driven to extinction by hunting since 1945. The controversy about reintroducing them to the state rages on as we speak. But you can hear their howls at the Colorado Wolf and Wildlife Center, tucked into a secluded sanctuary near the town of Divide, just west of Colorado Springs, up Ute Pass.

It all began in 1993 when animal-lover Darlene Kobobel rescued a wolf-dog named Chinook from an animal shelter. The two-year-old female was going to be euthanized, but the idea of killing this beautiful animal broke her heart.

Through Chinook, Darlene learned the about the plight of the wolf and wolf-dog. Darlene educated herself about wolf hybrids and discovered that there are more than 250,000 born every year. Most – 80 percent -- die by their third birthday, often euthanized because their owners can’t handle them. They are, after all, wild.

These animals aren’t accidents – they’re intentionally bred for profit. Darlene became dedicated to educating people about the misguided practice of breeding wolves as pets. In fact, she urges neutering in all cases.

In 1993 she moved to Colorado from Los Angeles, found a place near Lake George and decided it was the perfect spot to house rescue wolves and hybrids. As soon as she let people know she would rescue them, she got 17 animals in the first week. She had to work three jobs just to support them. She later relocated the wolves to a 70-acre piece of mountain property with trees, hills, gullies and rocks. Each wolf pair has a one-acre enclosure, a den area, access to a water feature, and room to roam.

She gets daily calls about taking in other wolves and hybrids, plus coyotes and foxes. The stories break her heart. Some have been raised in a crate. Or put on chains and left there. Some were destined to be fur coats.

Tours are available and they’ll fascinate both young and old. The center has a golf cart to assist those who can’t walk the easy trail along the 10 enclosures.

All the animals are rescues – from college dorms, roadside zoos, photo farms and the fur industry. Others are adopted from other rescue operations. This is not a zoo —though it is certified by the Association of Zoos for its high standard of care.

And the wolves, paired by temperament and compatibility, lounge in the sun or play like puppies, depending upon their mood.  Some come to greet visitors; others are quite shy.

Wolves are pack animals. They’re family-oriented. And Darlene is definitely the alpha wolf. She lives in a house on the property. When she leaves or when she comes home, the animals howl in welcome or farewell.

And at the end of a tour, your guide will initiate a thrilling experience. Everyone in the tour gets to howl, to start things rolling. Then all the wolves, wolf-dogs and coyotes return the favor.

Once again, the call of the wild echoes over the Rocky Mountains, just as nature intended it should.

To schedule a tour at the Colorado Wolf and Wildlife Center, call 719-687-9742 or go online to www.wolfeducation.org.