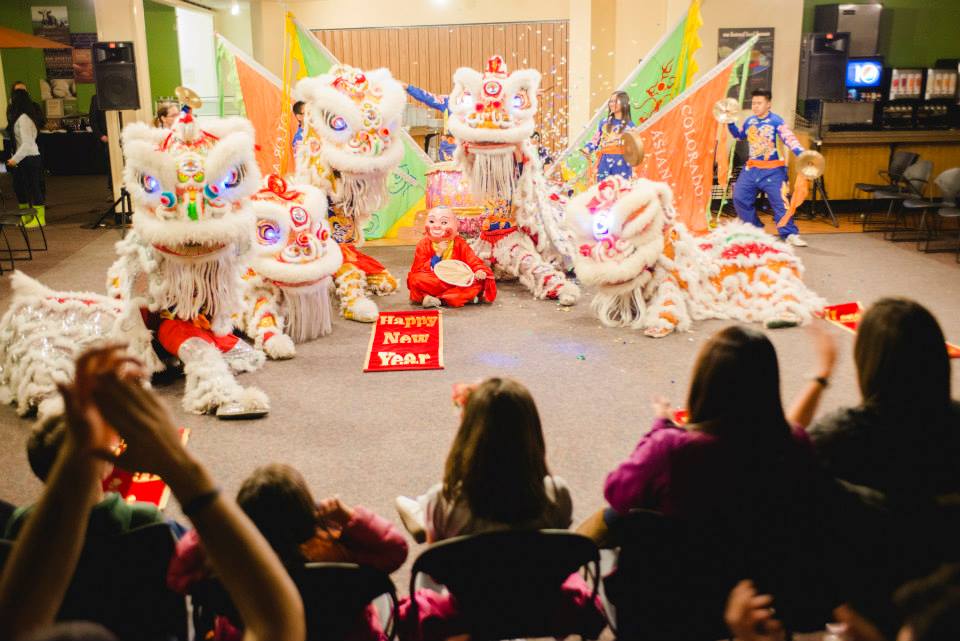 (Photo: Courtesy of Brett Stakelin)The waterways won’t be the only competitive setting at this year’s Colorado Dragon Boat Festival at Sloan’s Lake Park in Denver.

As boaters take to the lake for the Festival’s annual dragon boat races, dancers will be warming up on the main stage for the first ever “Lion Dance Extravaganza.”

Lion dancing is a style of traditional dance mostly found in China, but also performed in countries like Japan, Korea and Tibet. During these dances, performers wear colorful, ornate lion costumes, and show off their technical abilities by mimicking the movements of a lion as authentic as possible.

In the same vane as reality television contests like NBC’s “The Voice” and FOX’s “So You Think You Can Dance?,” the event pits Colorado lion dance and drum ensembles against each other, competing for audience votes and a first-place trophy.

Audience members will decide which dance group wins by casting votes on ballots handed out at the competition. Criterion include creativity, the level of skill and the visual aesthetics of the dancers’ props and costumes.

The group’s Radio Dance is a fusion of traditional drum beats, martial arts and dance.

“Lion dancing has grown to be an international sport for Chinese culture, and has spread into other Asian cultures,” “Lion Dance Extravaganza” organizer Peter Pham says. “Now, there are world competitions for the art form.”

In addition to the Hok San drum beat, the instrumentalists of the 20-member ensemble shout in time with the music to energize the lion dancers and encourage them to keep moving.

Putting all the aural textures together, the lion comes alive, dancing to the drum beat as it walks over a bridge to find a golden flower.

If you listen carefully to the end of the routine, you can even hear the lion’s eyes blink.