Colorado health providers are seeing more patients come through their doors than ever before.

The Affordable Care Act and the expansion of Medicaid, the health care program for low-income Americans, opened the door for that surge, which is putting stress on the healthcare system.

Waneta Timmerman is one of those new patients. Since 2000, she's owned and operated Charlene’s Hair, Nail and Spa in Brighton, northeast of Denver. But Timmerman worried she might have to close the shop because of her bad hip.

"Standing behind a chair for eight to 10 hours a day, I’d go home and my hip would be hurting," says Timmerman. "I couldn’t sleep.  I’d be up walking the floor, taking a hot bath, anything I could do.”

The hip had bothered her for years, but she's never had health insurance. "I just couldn’t afford it," Timmerman says. "I looked into several different plans, but it was nothing that I could do.” With the Affordable Care Act in place this year, Timmerman discovered she could afford a plan with Kaiser Permanente, Colorado's largest non-profit health plan.

“When you’re younger, I guess, you don’t really think about it," Timmerman says. "You just keep going and going, but then after a while your body just starts wearing out."

By March, Timmerman was in the exam room of Kaiser orthopedic surgeon David Wiener. "She was dramatically debilitated," Wiener says. "She came into the office in a wheelchair."

Timmerman had degenerative arthritis in her hip and the joint had basically collapsed. She needed a full hip replacement, which can cost anywhere from $25,000 to $58,000. With Timmerman's insurance she ended up paying about $2,000 out of pocket.

Wiener says up to 20 percent of his current patients are like Timmerman, without coverage until now.

“She’s the patient I’ve been watching as I walk through the grocery store or Home Depot for years who is limping," Wiener says. "I’m the guy who follows them around and tries to visualize their X-rays and I think about what I can do help them, and to me the frustrating thing is a lot people like that I haven’t been able to help.  So to actually to care for her was pretty thrilling.”

Timmerman is part of a larger, unprecedented wave of new customers flooding into Colorado’s health care system. The state's healthcare exchange, Connect for Health Colorado, enrolled 140,000 people for plans through the exchange.

“We’re seeing well over 300,000 covered through this work and the expectation is some percentage would have previously gone without coverage," says Lindy Hinman, Connect for Health Colorado's chief operating officer.

Kaiser Permanente, for instance, expected 30,000 Coloradans to join its plan.  Instead, that number doubled.  Debbie Zuege, the company’s director of primary care and Medicaid, says Kaiser has been racing to keep up. “With that type of membership growth you’re going to have stress," says Zuege. "But because we’re an integrated system we can respond very quickly to that stress.”

Over the last few years, Kaiser has been expanding.  It’s added several new clinics, including a $200 million medical center in Lone Tree.  But Zuege admits wait times for a routine doctor's appointment at some locations have gone from three days to five or six.

“You can get an appointment, a routine appointment, but if you want it that day then you might be going to a medical office down the road,” says Zuege.

The boost in enrollment mean shortages, for example, of doctors in fields like oncology, dermatology and orthopedics.  Kaiser is looking to fill 800 positions across the board.  It just hired 26 new doctors, with plans to add 40 more.  It’s even asked some recently retired veteran physicians, like Alan Rastrelli, to help fill-in until new recruits come on board. 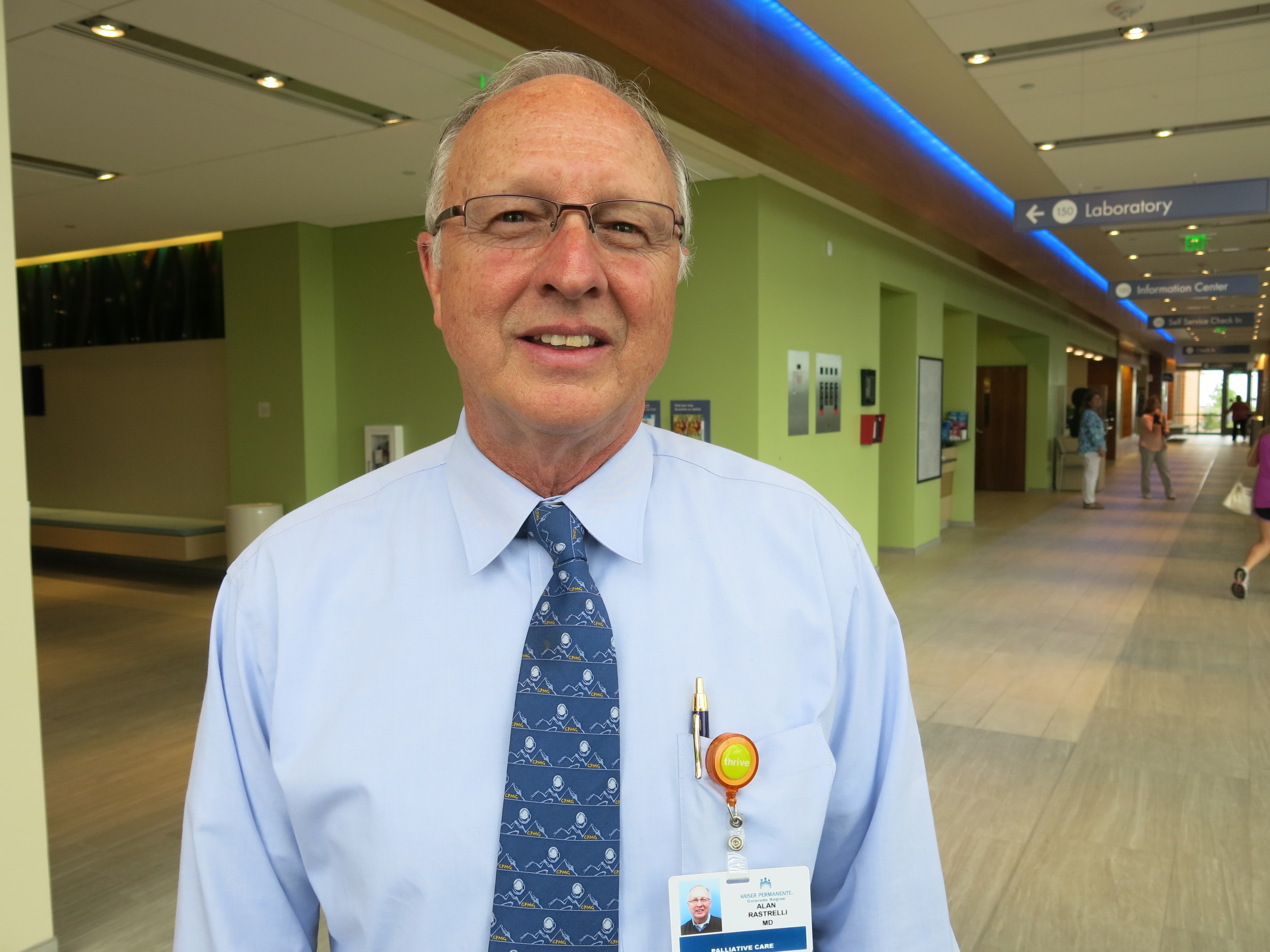 “They asked if I could do some part-time work with them, with the in-patient palliative care team because I was so familiar with the department," says Rastrelli. "It would be an easy fit as they hired new nurses [and] physicians for the team.”

Timmerman, who owns the spa in Brighton, says she’s thankful she’s now pain free and that she didn’t have to close her shop or lay off her five employees. "I’m well and back to work and everything is going great,” Timmerman says.

Her surgeon, Wiener also isn't complaining, even though he and his colleagues are as busy as they've ever been.

“I know I can see patients who I couldn’t see before, and that, to me, is about as good as it gets,” Wiener says.