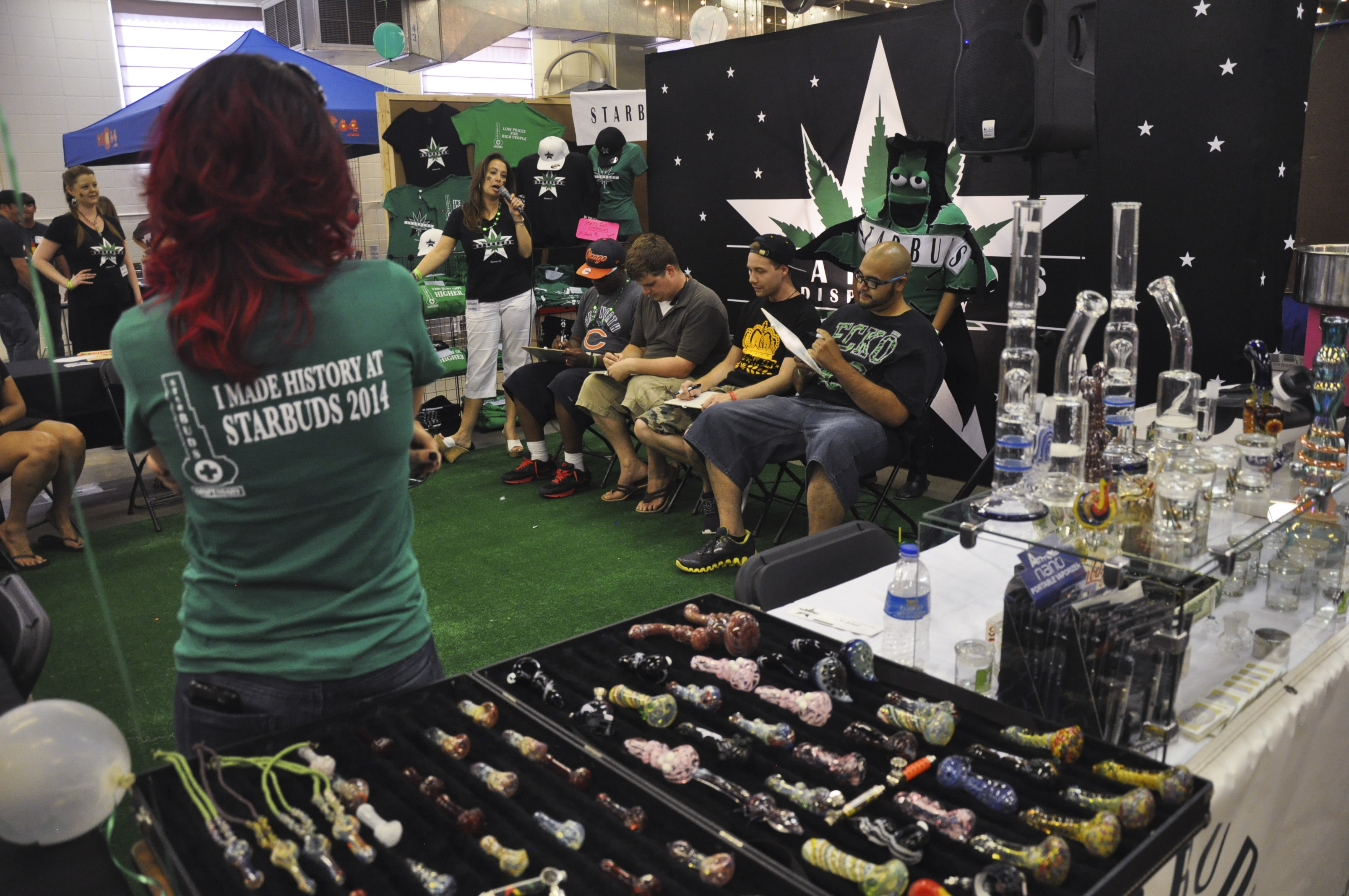 (Photo: CPR/Anna Hannel)Three people say they were drugged after eating a chocolate bar that wasn't supposed to have marijuana in it at the Denver County Fair's new pot pavilion.

Fair spokeswoman Dana Cain says at least two of the people went to the hospital and tested positive for THC, pot's active ingredient. Colorado law bars the public consumption of pot and no actual marijuana was supposed to be offered at the fair.

Richard Jones of Arvada told KMGH-TV he became sweaty and nauseous after eating the chocolate and thought he was having a stroke or heart attack. He says hospital tests showed he had about 20 times the legal driving limit of THC in his system.

Vendor LivWell says it's investigating. If marijuana really was in the bars, the company says it was put there without its knowledge.