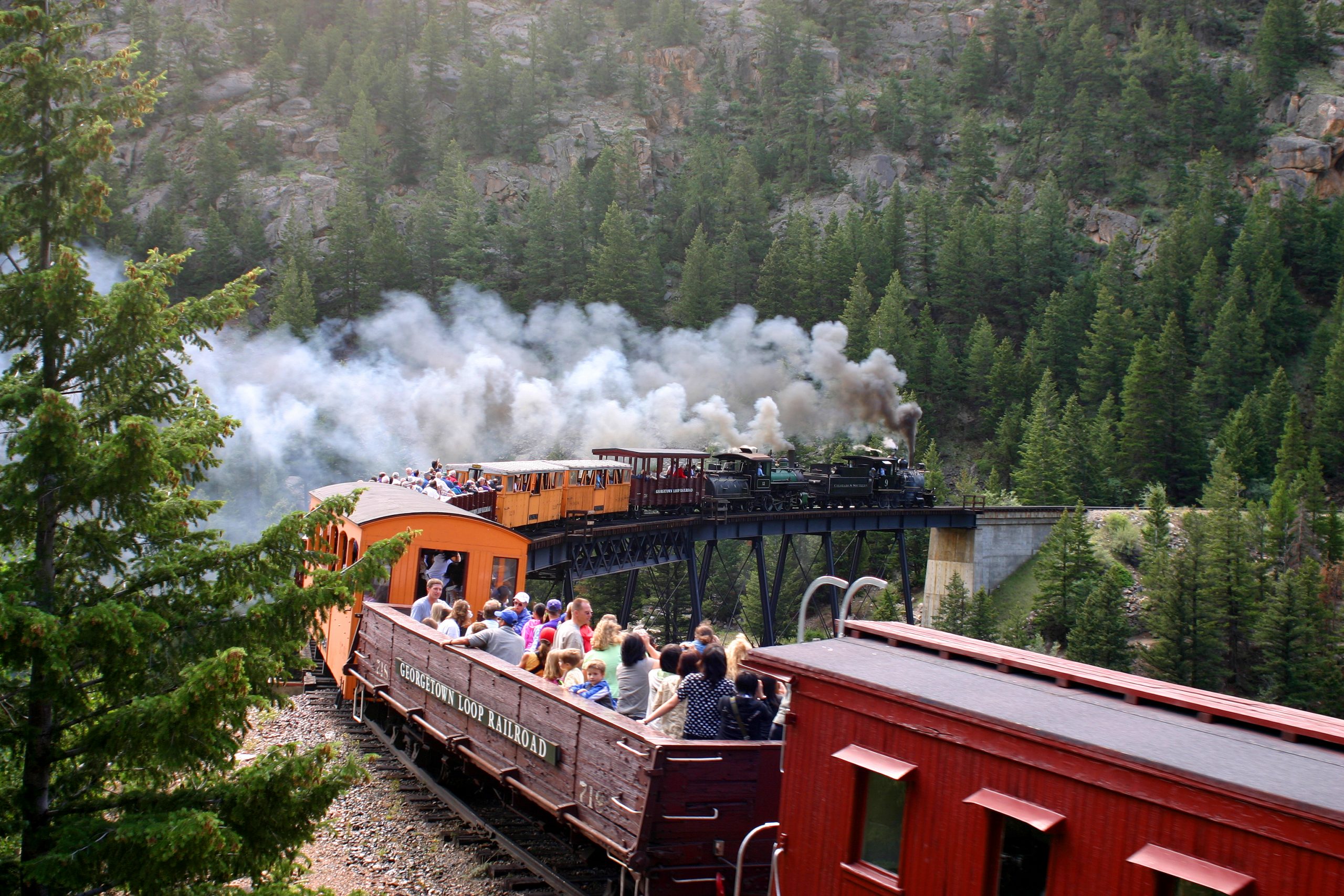 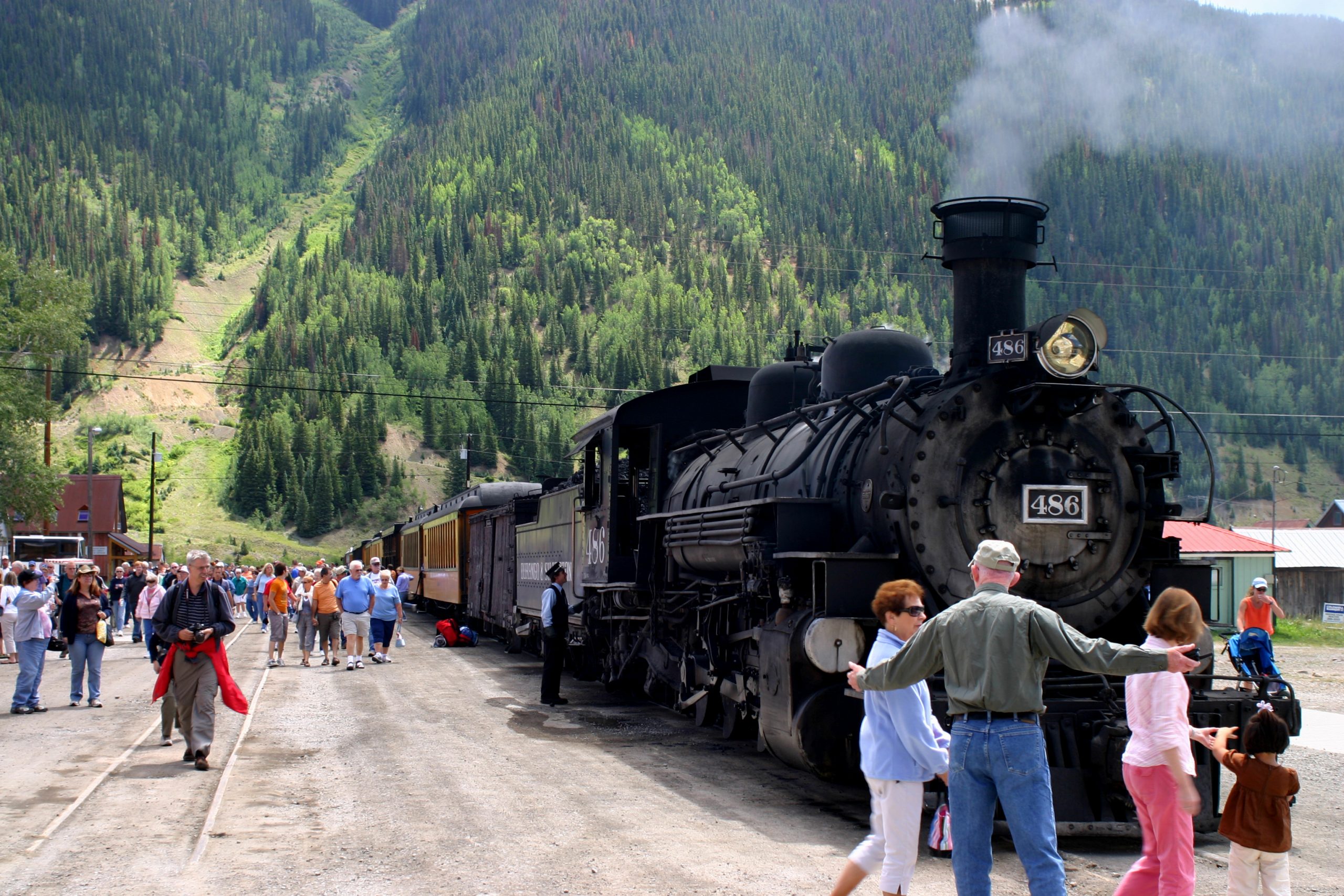 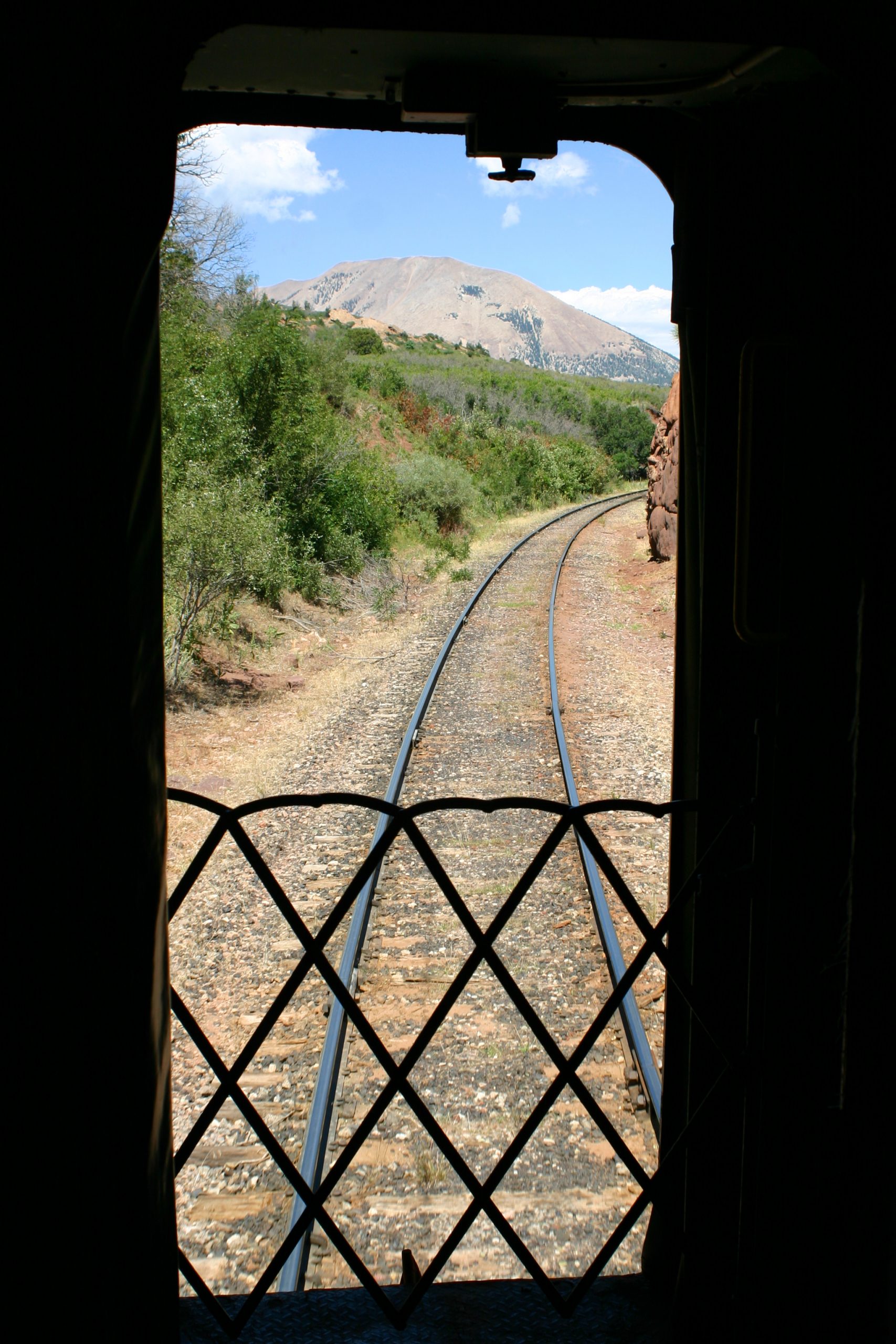 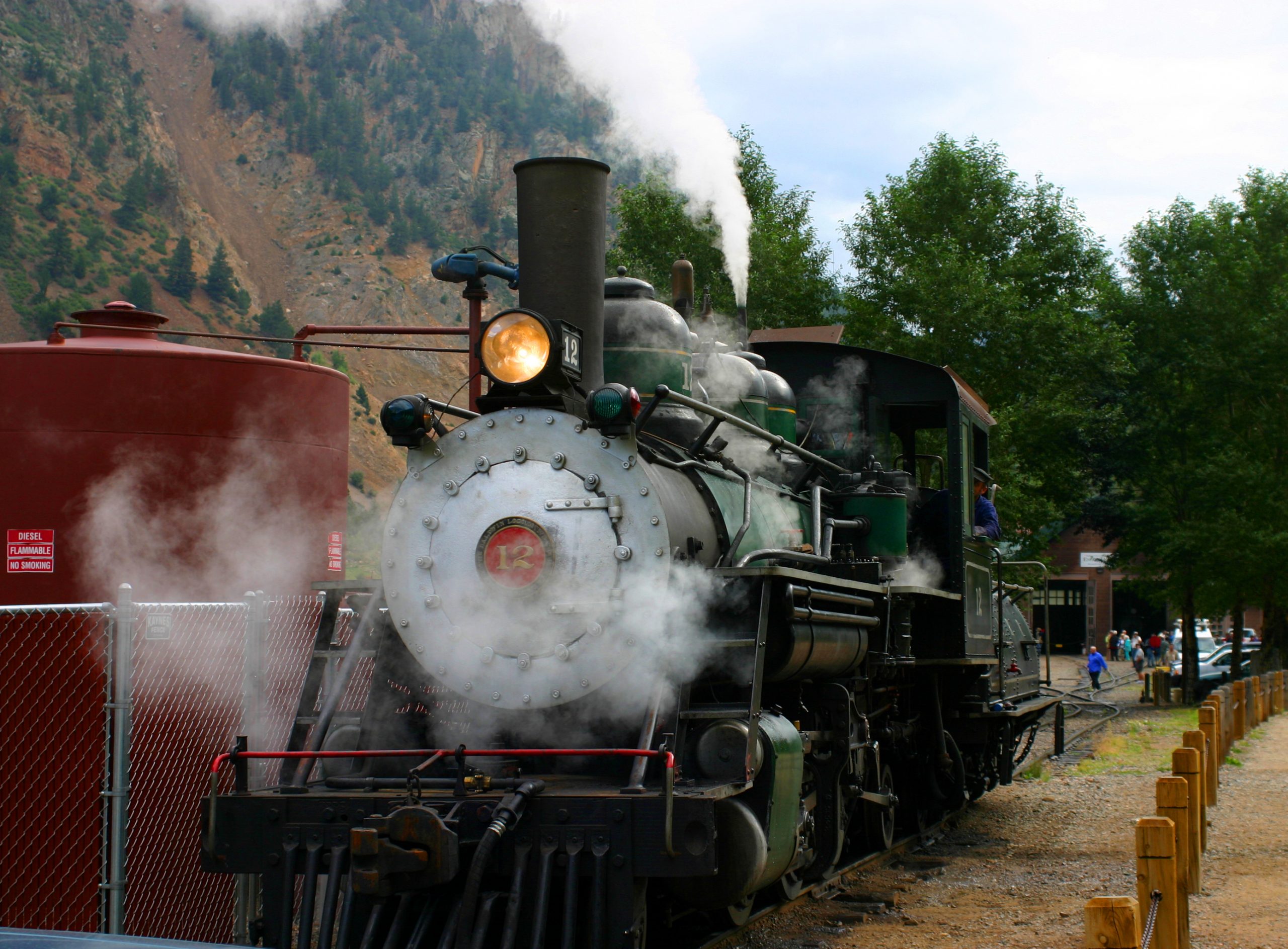 Few sounds evoke Colorado’s history more than the mournful call of a train whistle echoing through a canyon.

It was by train that many settlers and miners came here, and commerce got its foothold on the state. It was by train that schoolteachers, preachers and families traveled to create such communities as Georgetown, Durango, Silverton – even Denver and Colorado Springs.

Many Colorado trains ran on narrow-gauge rails – easier to build and navigate around steep mountain curves. But instead of hauling gold- or silver-bearing ore, they now haul tourists who want to revisit a bygone era.

Most run from late spring to first snowfall. A few historic trains worth riding include:

The Georgetown Loop, a short trip between Silver Plume and Georgetown, once hauled passengers. mail and supplies to the mining towns west of Denver. The 75-minute round-trip excursion makes one optional stop to let some passengers off for a tour the Lebanon Silver Mine – a fascinating venture, if you’ve never been in one.

As the train loops around the high curved trestle that gives the loop its name, that clicking sound you hear is photographers snapping photos. And on the return trip, the restored engine plunges like a muscled work horse up that last grade as it returns to the Silver Plume station. You can feel its power.

The train leaves the little town of Antonito, Colo., at the southern end of the San Luis Valley, chugging its way out of the depot, whistle tooting to warn cars at the crossing.   "And we're off ... like a herd of turtles," jokes the conductor as the train zooms along at about 12 miles an hour over the 64-mile stretch that winds its way through the San Juan mountains.   Past sagebrush, pinon trees and rock outcroppings crusted with lichen, the train rattles along with views of Blanca Peak to the north.     An hour later, the grade gets steeper and the landscape changes to aspens and conifers – blue spruce, ponderosa and lodgepole pines.   Because of the rocking motion, the confinement, and the length of the ride, this isn't really a good trip for young children -- or anyone who gets car sick.

As the train ascends CumbresPass, the engine belches black smoke, which photographs nicely against puffy white clouds in a postcard-blue sky.   Just before the ghost town of Sublette, where the train stops for water, the terrain takes a dramatic turn. Sheer rock walls flank one side of the tracks, deep canyons the other.

The last major uphill climb happens before the train reaches Osier and the midway point on CumbresPass. It's also where passengers gratefully detrain for lunch and an hour’s respite -- a chance to stretch their legs.     The Durango & Silverton Narrow Gauge Railroad is arguably Colorado’s most famous train ride, running from the cowboy town of Durango, in the Four Corners area, up to the old mountain mining town of Silverton. It’s an all-day affair, too, with scenery varying from rushing streams banked with wildflowers to high rocky outcrops.

It also can be a dirty ride if you choose to sit in an open gondola, so wear old clothes. (Burning coal to make steam creates cinders!) Dress in layers, because even if the day is warm in Durango, it can get quite brisk in the mountains, especially if you’re in an open car. If all this sounds daunting, just ride in an enclosed coach.

Though originally meant as a way to transport ore from Silverton to the Denver & Rio Grande in Durango, when the mines played out, it immediately began offering scenic tours – as early as 1882.

There’s a two-hour stop for lunch and shopping in Silverton.

The diesel engine doesn’t draw die-hard train buffs like the steam engines of other trains, but visitors tend to give it rave reviews.

If you plan to go train-tracking this summer, though, better make a reservation soon. These rides into the past fill up fast.