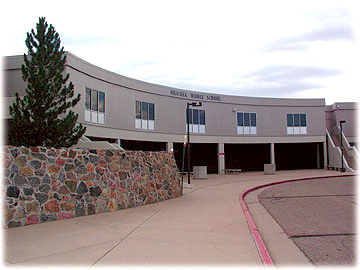 (Photo: Courtesy Aurora Public Schools)Authorities in Aurora are looking for people who tried to detonate a pipe bomb outside a middle school.

The attempted detonation happened Saturday evening at Mrachek Middle School but the device wasn't found until Monday morning, prompting students to be evacuated.

No other devices were found inside the school but classes were canceled for the rest of the day.