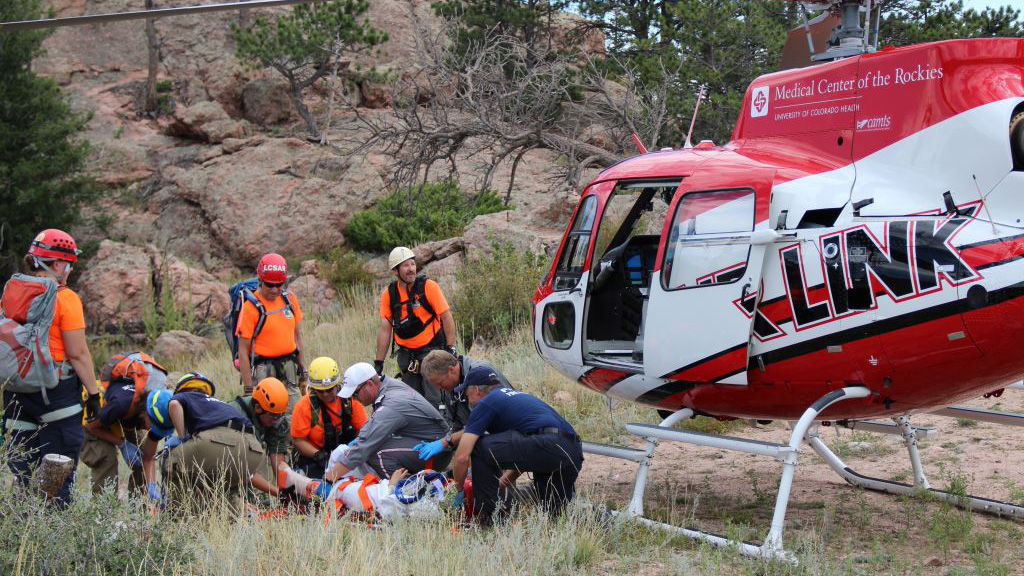 (Photo: Courtesy Poudre Fire Authority)A hiker is recovering after falling and spending about three hours in a crevice near a popular hiking trail in northern Colorado.

More than 40 people worked to pull the 16-year-old girl from the crevice on Horsetooth Rock on Monday. They then took turns carrying her stretcher to a waiting medical helicopter.

Poudre Fire spokesman Chris Wolf says the teen broke her ankle in the fall, which happened around 7:30 a.m. She remained conscious and was able to talk to the rescuers.

The Coloradoan reports that the 2.5-mile trail is moderately difficult and requires some scrambling over rocks at the top.