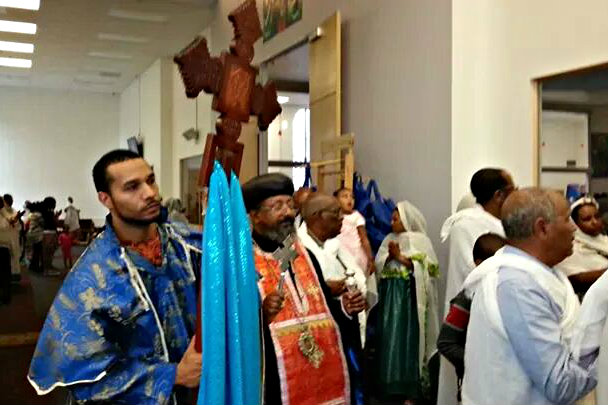 (Photo: Courtesy of Nebiyu Asfaw)Joe Neguse, the Democratic candidate for Secretary of State, doesn’t go out of his way to emphasize his African background; he’d much rather discuss election integrity and campaign finance enforcement. But when talk turns to his parents, who fled a brutal regime in Ethiopia decades ago to settle in the United States, it’s clear their experience is central to his interest in politics.

“At a very early age, they taught me and my sister not to take for granted the sacred freedoms that we have in the United States that do not exist in a lot of places in the world,” says Neguse.

Neguse is one of two candidates with African roots running in Colorado this year. The other is Naquetta Ricks, who’s vying for CU Regent in District 6. Their candidacies are one sign that Colorado’s sizeable African community is starting to hit its political stride.

An estimated 40,000-to-50,000 African immigrants call Colorado home. But it’s taken a while for them to get interested in local politics. Cobina Lartson, a leader in the state’s Ghanaian community, believes it takes a while for newcomers to have a stake in the system.

“When we came, most of us say, ‘Oh, I’m going to go back in five years,’” Lartson says. “Five years and we’re still here. Ten years, we’re still here. So you get to a point where you begin to tell yourself, ‘I’m here now. It’s worth for me to get involved.’ ”

It’s taken more than a shift in attitude for Colorado’s African immigrants to become a political force. They’ve also had to get organized. Until recently there wasn’t any single group advocating for the whole community.

“You have the Ethiopian Association, the Senegalese Association, based on the country of origin,” says Aurora banker Papa Dia. “But when you come to the African community, we [had] nothing.”

To address that, Dia formed the African Leadership Group (ALG) four years ago to advance the community’s political and economic goals. These days, Dia says several thousand of Colorado’s African residents participate in the group from countries all over the continent. It’s become a way for Colorado’s African community to speak with a more unified voice.

"The ability to influence people politically is very important. And I think that’s something we’ve been doing to educate our members and the immigrants here: 'Hey, you have to take part in the political process, in order to have a voice.' And so I think that message is hitting home now," says regent candidate Naquetta Ricks, who's a member of the ALG.

Most of Colorado’s Africans live in Aurora, home to one of the hottest U.S. House races in the country this year. Incumbent Republican Mike Coffman is trying to hold his seat in the Sixth Congressional District against Democratic challenger Andrew Romanoff, and both men are courting African support.

In recent months the candidates have shown up at everything from the Ghanian Independence celebration to the recent Taste of Ethiopia festival. Taste organizer Nebiyu Asfaw was impressed with the number of politicians who came to the event, but not entirely surprised.

“Colorado is increasingly becoming a swing state where elections and decisions are being made with very narrow margins,” says Asfaw. “So people are looking under the microscope, saying, ‘who are the voters, where are the voting blocs?’”

Pursued by both parties

Sunday mornings find the parking lot at Saint Mary’s Ethiopian Orthodox Church in Aurora packed with cars. Inside, women wrapped in white shawls and men in suits fill the gold-domed sanctuary and spill out into the lobby, where kids run and play as their elders worship.

Leaving the church after services, Asfaw says the deep religious faith and conservative social values many African immigrants share should make them a good fit for the Republican Party. But Asfaw, who volunteered with President Obama’s campaigns, says the party has done little to make them feel welcome.

“I have to be honest, a lot of the tone from the Republican Party at least over the past five, six years to a lot of us appears to be a little exclusive and… some of it just sounds plain old racist,” Asfaw says.

Asfaw and others complain about the negative way some conservatives talk about President Obama’s Kenyan roots. And in recent years, African voters and candidates have mostly gone to the Democratic Party.

Nicole Frazier, who runs the Colorado GOP’s minority voter outreach efforts, says the party is working hard to change perceptions. She’s been trying to connect with local leaders and attend more events in the African community.

“There’s been a lot of honoring moments in that,” says Frazier, “and I think some perception changing moments of really, what our party’s all about, who we are.”

What happens after the election?

African leaders say they’re excited the community is getting so much political attention right now. But they also know enough about American politics to be wary.

“People are really concerned … What’s going to happen after the elections?” asks George Bamu, who runs the Denver-based news website, Africa Agenda. “[We]’re hoping that communications between the politicians and the community will continue.”

Bamu says too often Americans look at Africans, in Colorado and overseas, as recipients of charity. He hopes the community’s growing political engagement will be a chance to show fellow Coloradans just how much Africans can contribute to the state.