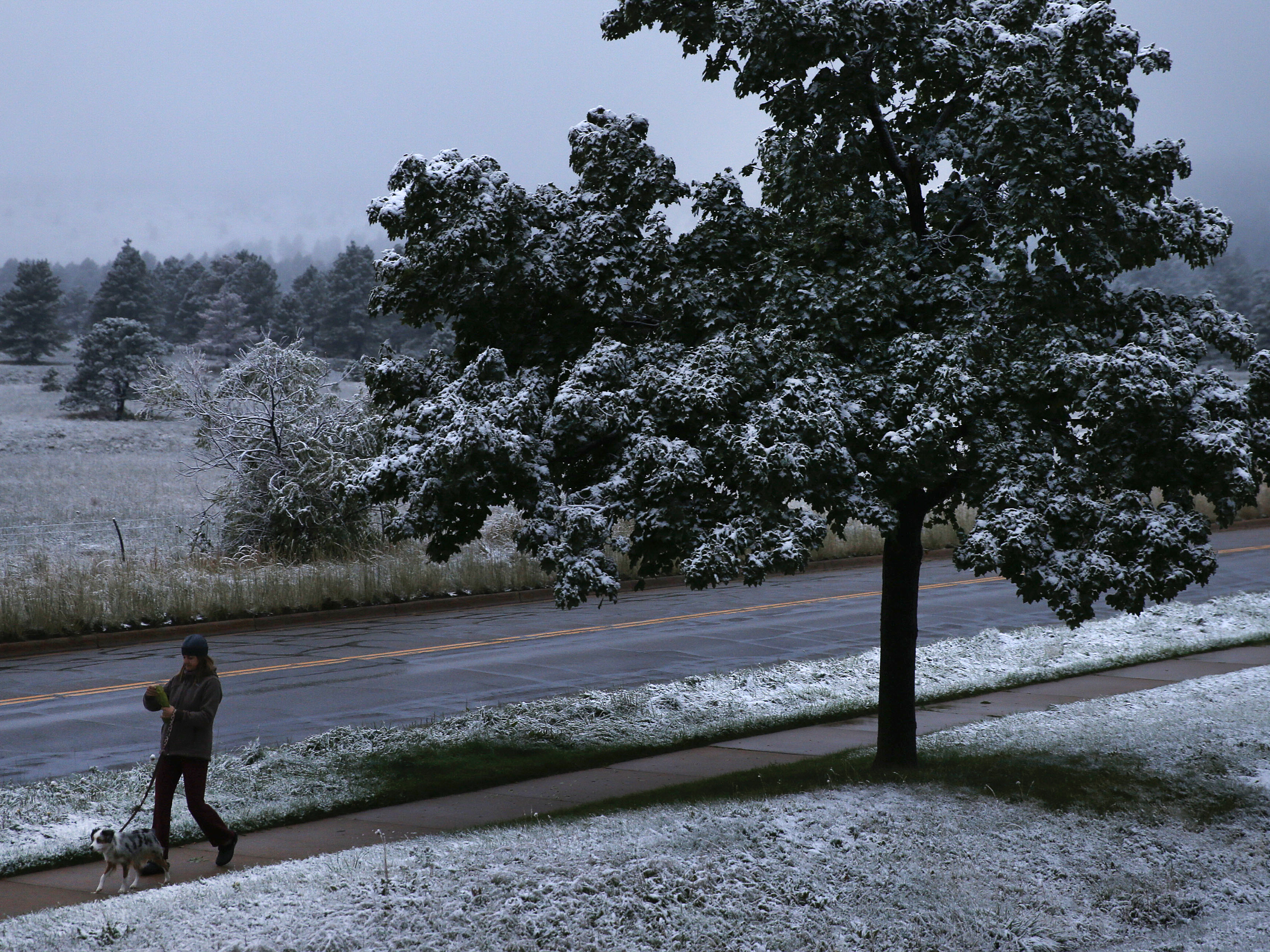 A smattering of the promised snow fell on the Front Range overnight.

The National Weather Service says the Denver International Airport recorded a trace of snow, while Boulder saw a tenth of an inch. This first snowfall is about a month earlier than average for the Front Range.

Up north saw a little more:

And here's a roundup of photos from the rest of the Front Range:

#SeptemberSnow: flurries overnight but not sticking anywhere around Denver. Should warm up 4 weekend. #HappyFriday! pic.twitter.com/5lTTGeaVOB

25 degrees and snow on the roof at #Conifer HS this morning. pic.twitter.com/ifRCbKrWh1

A little bit of fog and snow mixing in here at the Palmer Divide pic.twitter.com/WcLB3k88Ye

Take a look at this view Joe Polonsky shared from Palmer Lake this morning. It's like a winter wonderland! pic.twitter.com/7hqmxsvibJ

But don't expect the snow to stick around.