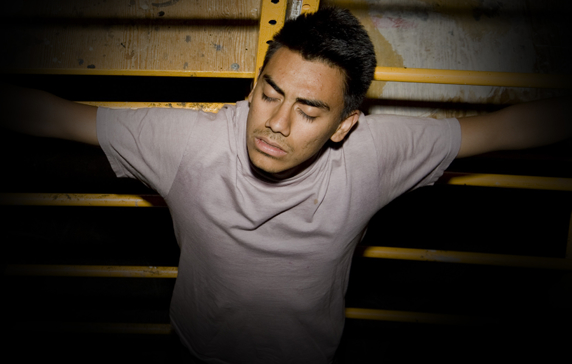 What started in 1968 as a weeklong celebration now spans a month of activities -- from Sept. 15 to Oct. 15 -- around Hispanic history, culture and influence in the United States.

Alegría's parents were not happy about their daughter's behavior.

“They wanted me to be in school,"  Alegría says. "But also there was controversy around standing up and saying, ‘This is what is right.’”

Alegría has advocated for the Latino community and participated in cultural activities ever since.

As publisher and editor for the Denver Post’s Viva Colorado publication, Alegría organized the 2011 “Somos Latinos” series, which featured a diverse range of subjects from the Latino community.

After years of involvement in Hispanic Heritage Month and also covering the event as a journalist, Alegría says the annual celebration has expanded with more groups participating.

“Hispanic Heritage Month is really for everybody who isn’t Latino,” Alegría says. “It’s the one time that organizations that don’t normally serve this community make an effort to try to reach that community.”

Bigger cultural institutions like the Denver Film Society and the Colorado History Museum incorporate events inspired by Hispanic Heritage Month into their programming.

On the other hand, the Su Teatro Cultural and Performing Arts Center in Denver does not host events directly connected to Hispanic Heritage Month.

“We feel that Latinos exist year round, and we honor ourselves all the time,” Su Teatro artistic director Tony Garcia says. “The month allows us a time to focus on it, but I think that there’s really a need for us to push out from that piece and understand that we should be a part of all the conversations going on within the city and the region.”

Today the Hispanic population represents 17 percent of the total U.S. population, at more than 54.1 million people, according to a report by the Pew Research Center.

In Denver, the Hispanic community now makes up more than 30 percent of the total population. And it continues to grow at more than double the rate of the city as a whole.

CPR’s Chloe Veltman recently sat down with Alegría and Garcia to discuss Hispanic Heritage Month. You can hear the interview by tuning in to the Colorado Art Report on Friday, Sept. 26, at 10:30 a.m. and 7:30 p.m. Here is a preview of the conversation.

Rowena Alegría: Sadly, we don’t always get -- as Latinos -- positive headlines for the other 11 months of the year. The most common headline we get right now relates to immigration. And we just aren’t all immigrants. That’s not to say that isn’t an important issue, it’s a vital issue. But there are lots of good, positive, amazing things happening in the Latino community. But you wouldn’t necessarily know that just by looking at your average news coverage. So during Hispanic Heritage Month, I’m grateful that there’s an opportunity to see the positive side of our community. And I just wish we didn’t have to have those kinds of things for any minority community.

CPR: What are the drawbacks of only highlighting Hispanic culture once a year?

Rowena Alegría: You wind up getting a lot of advertising or events where they’re selling a particular kind of beer and they say, “We are celebrating Hispanic Heritage Month.” And then the corporations or the media feel like they’ve met the obligation and don’t have to do anything for the other 11 months out of the year. And that’s not a legitimate answer, and it’s certainly not serving the community.

Tony Garcia: We’re not talking about teaching a foreign history, we’re talking about teaching U.S. history. Joaquin Murrieta was part of the United States, Cesar Chavez is part of the United States. What we’ve developed and what we do here is being citizens of the U.S. for 10 generations. I think another danger is having that stamp taken away from us. I’ve seen signs that say, “Happy Day of the Dead.” And Cinco de Mayo has become a drink fest in a lot of ways. I think we’re missing the point there. So there’s a real argument and a real challenge to continue to have the authentic element of what we’re trying to share with our community and not have it diminished in a way of just trying to draw audiences through your place.

Here are some events coinciding with Hispanic Heritage Month:

Here are other ongoing cultural events in Denver: