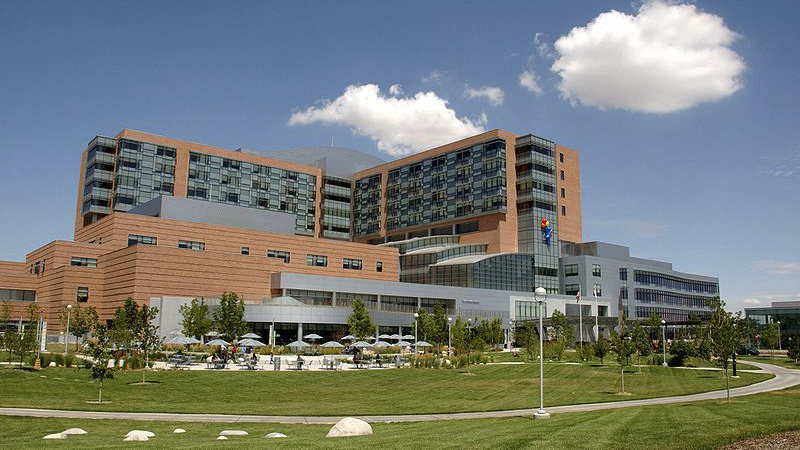 (Photo: Wikimedia Commons)Doctors at Children’s Hospital in Denver have identified another case of the mysterious virus causing muscle weakness or paralysis in Colorado, bringing the total number of cases to 11.

All 11 first came down with a respiratory illness like the common cold. Later they developed other symptoms like problems with vision or swallowing, facial droop, weakness in limbs or paralysis.

The mother of one child, who wants to remain anonymous to protect her family’s privacy, told reporters her daughter had symptoms on a trip to the mountains over Labor Day.

“We realized that she wasn’t lifting her arm when she was dancing and she kept dropping her corn on the cob because she couldn’t grip it with her left hand," the mother says. "That’s when we realized that we really had a problem.”

The girl has been released from the hospital.  Her mother said she's returned to school but is still showing signs of muscle weakness.

Of the cases so far, four have tested postive for Enterovirus D68, according to a report published Friday in Morbidity and Mortality Weekly Report.

...[I]t's not certain that the enterovirus is what's causing the paralysis. "There's the association," says Dr. Avindra Nath, clinical director for the National Institute for Neurological Disorders and Stroke and a member of the American Academy of Neurology. "Now the issue is what's the causation."

To find out if the virus is indeed causing the weakness, it would need to be found in the children's spinal fluid, Nath told Shots. So far it's been found only in their noses. Still, "the possibility that this virus may be doing something is certainly worthy of consideration." ...

Enterovirus D68 is itself a bit of a mystery. Until this year EV-D68 only rarely caused illness in the United States. Public health types don't know why it's suddenly making many children ill. Some have developed breathing problems and required hospitalization. Many of those children have asthma or wheezing.

Eight Colorado children diagnosed with paralysis are still having problems with weakness, according to the MMWR report. There is no vaccine or antiviral medication for EV-D68. But if a child does appear to have muscle weakness, it's important to take them to a pediatrician or neurologist right away, Nath says.