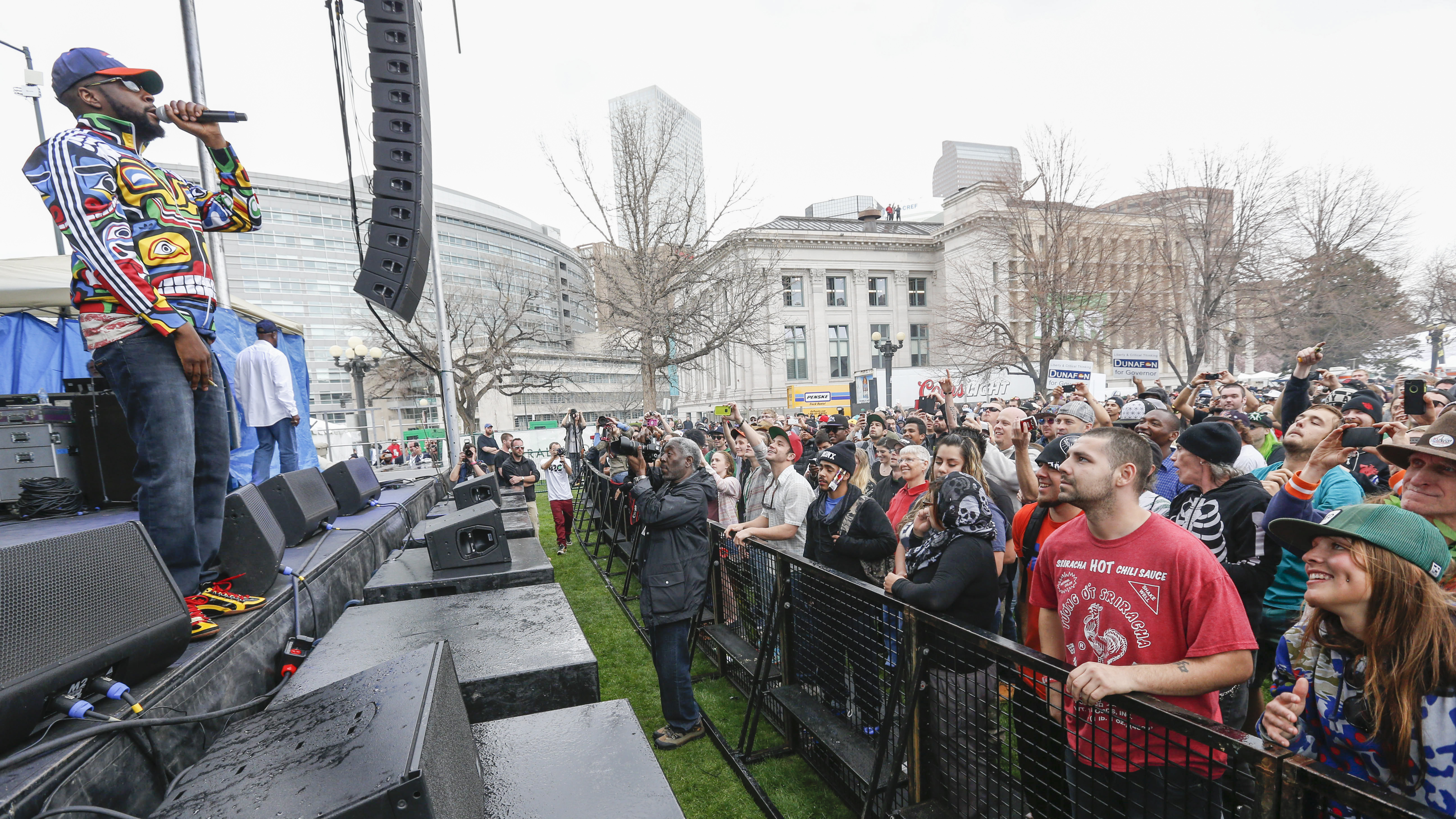 Colorado has seen feisty debates this fall, with candidates in close races for governor, Senate and the U.S. House arguing over abortion rights, energy policy and the death penalty. Just don't expect any of them to talk much about the biggest news of the year: legal pot.

While the state's 10-month-old marijuana retail experiment has received worldwide attention and sales of recreational and medical pot have generated more than $45 million for state coffers, most voters have collectively shrugged. Predictions that they would go scrambling back to the polls to repeal the legal pot law they passed in 2012 haven't yet materialized.

Instead, the political landscape has changed, with some candidates, including the governor, accepting tens of thousands of dollars in donations from people within the fledgling pot industry.

Now, the only ones bringing it up on the campaign trail are third-party and independent hopefuls — all backers of legal pot. Many of them take issue with the state's high pot taxes — more than 30 percent in many jurisdictions — or with regulations they consider onerous.

"I don't know why politicians aren't talking about this," said independent gubernatorial candidate Mike Dunafon, a long-shot candidate who is touting endorsements from rappers Snoop Dogg and Wyclef Jean because of his embrace of the drug.

Maybe it's because the major-party candidates almost universally agree. They say when asked that they personally opposed making the drug legal but respect the voters' wishes. And while the marijuana rollout has not been without problems, including concerns about children getting potent edible pot, there have been no public-safety problems widespread enough to focus voters' minds on a repeal effort.

"The people of Colorado have made their decision," said Republican Rep. Cory Gardner, who is challenging Democratic Sen. Mark Udall in a race that could determine whether Republicans pick up enough seats to take control of the chamber.

Gardner and Udall were asked about pot this week in their final debate.

"I opposed it when it happened," Gardner said of the 2012 marijuana vote. "But the founders always intended the states to be laboratories of democracy, and right now we are deep in the heart of the laboratory."

Udall agreed. "We need to work together as a delegation to make sure the federal government butts out and lets us continue this experiment," Udall said at the Denver debate.

After an Oct. 6 debate in which the governor jokingly called the pot vote "reckless," Hickenlooper's aides reached out to marijuana industry workers — a move that underscored the sensitivity with which officials are dealing with a nascent industry that is generating revenue and making campaign donations.

A single pot-industry fundraiser for the governor raised some $40,000 last summer. The industry has also given at least $20,000 this year to congressional candidates.

Pressed at another debate to clarify whether he thought marijuana legalization should be repealed — an action that would require another public vote — the governor took a milder tack. "I'm not going to go as far as to say we should lead an effort to make it illegal. I think that that would be premature," he said.

Beauprez has said legal pot should be reconsidered, but stopped short of saying he'd lead a repeal effort.

Politicians' marijuana hesitance reflects voters' indifference on the topic. A September NBC/Marist poll asked residents about the law allowing adults over 21 to buy recreational pot. Thirty-three percent said they opposed the law but were "not actively trying to have it overturned." Eight percent said they were working to overturn it.

Third-party and independent candidates, however, are sometimes making pot the hallmark of their campaigns, even in local races.

In a western Colorado state Senate contest, Libertarian candidate Lee Mulcahy has been throwing free dinners serving marijuana-infused foods. Voters have to show they're 21 before noshing on foods like yellowtail crudo with coconut-ginger sativa oil and a salad tossed in marijuana-infused vinaigrette.

"It's so fascinating, the reluctance of my opponents to even say the word cannabis," he said. "Voters want to be talking about this, but the major-party candidates have to tow the party line. They've all been coached to not say anything. I'm simply amazed."