The quiet murmur of several dozen Republican activists crammed in a small office in this Denver suburb was broken Saturday morning by a jocular cry: "Hey, everybody, what's going on?"

Rep. Cory Gardner, the party's Senate candidate — and its best shot at breaking a decade-long losing streak in top Colorado races — burst into the room wearing a blue-checkered work shirt and jeans, and immediately began shaking hands and posing for pictures.

Rick Murray, 69, a financial broker, shook his head in admiration. "You see enthusiasm like that out of anybody else?" he said.

It's an enthusiasm that's mounting as Republicans watch public polls breaking their way in the final days of a hard-fought election season in this perennial swing state. Gardner has led the Democratic incumbent, Sen. Mark Udall, in public polls in recent weeks. The party's gubernatorial nominee, former Rep. Bob Beauprez, has run neck-and-neck with the incumbent Democratic governor, John Hickenlooper.

Republican enthusiasm is reflected in the early ballot returns. Colorado has overhauled its elections and this year every registered voter received a mail ballot. Citizens can register to vote until Election Day and cast their ballot at any local polling station. Republicans usually lead in early ballot returns here, and election officials statewide have received nearly 65,000 more ballots from Republican voters than from Democrats with more than 500,000 votes submitted.

"Republican ballots are pouring in in huge numbers," Beauprez told activists Saturday. "Advantage us. But now is not the time to be complacent."

That's because Colorado Republicans are still haunted by recent electoral history. They remember polls showing they'd win a Senate seat in 2010, only to have the Democratic incumbent eke out a narrow win. 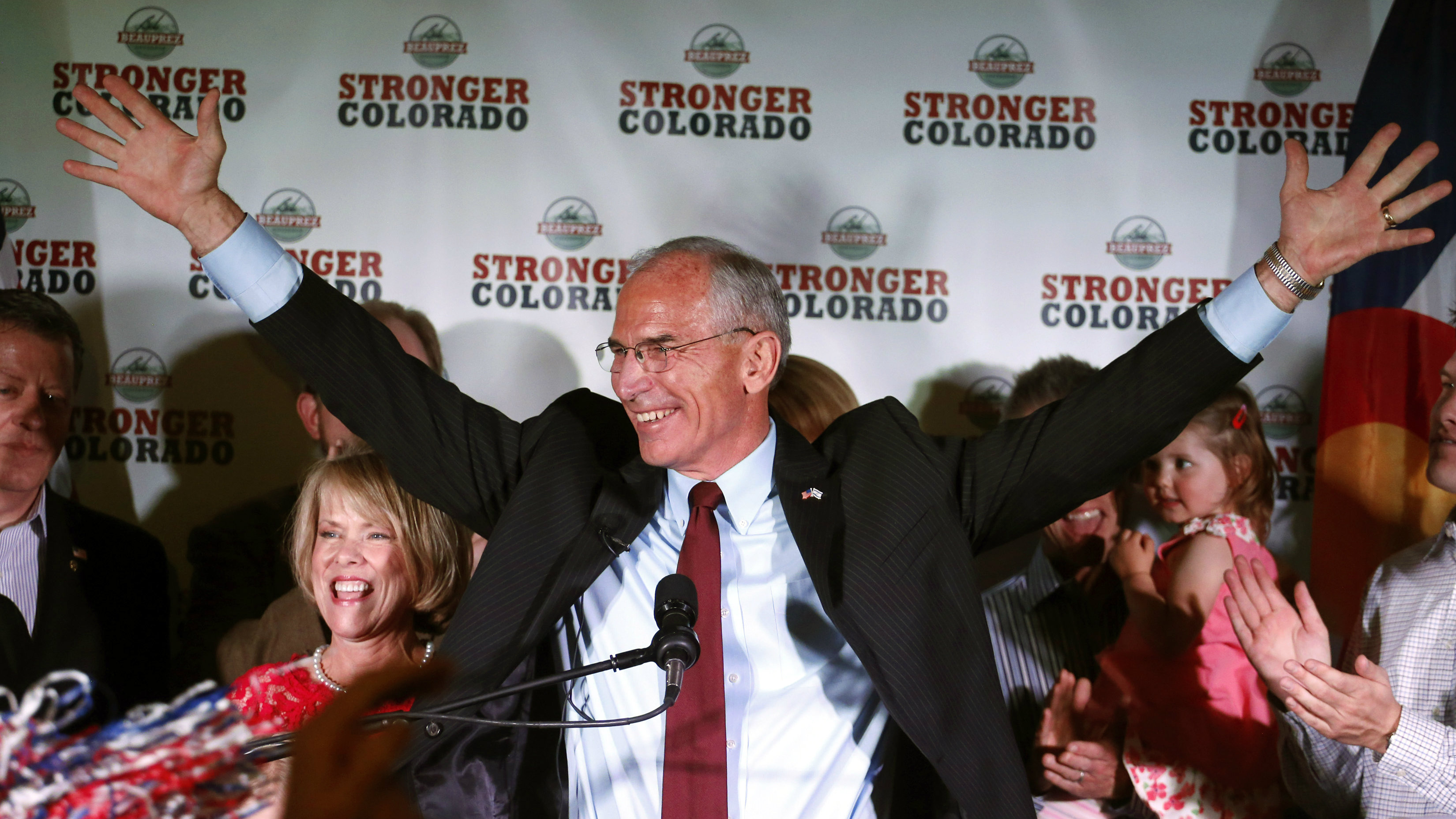 They remember the huge crowds that accompanied Mitt Romney's hopeful final appearances here during the 2012 presidential election, which didn't translate into enough votes to beat President Barack Obama, who carried the state by 5 percentage points.

No one knows how the new election laws will play out.

"I don't want to spike the football at the 4-yard line," said Kelly Maher, a Republican operative, who is generally optimistic. "I am worried about people in my party who are standing up and declaring victory, because those are people who get sacked on the 2-yard line."

Both sides are hustling in the election's final days. Udall is on the second week of a statewide bus tour and will join Hickenlooper at a rally with former president Bill Clinton on Monday. Former Florida Gov. Jeb Bush will appear with Gardner and Beauprez on Wednesday.

In Highlands Ranch, the first of four joint appearances by Gardner and Beauprez in the vote-rich Denver suburbs, the hunger for victory was palpable. "We're more hopeful and more positive" than in the past, said Tanne Blackburn, vice chair of the Douglas County Republican Party.

Murray said: "The mood in the state is turning red. I've not felt that way for some time."