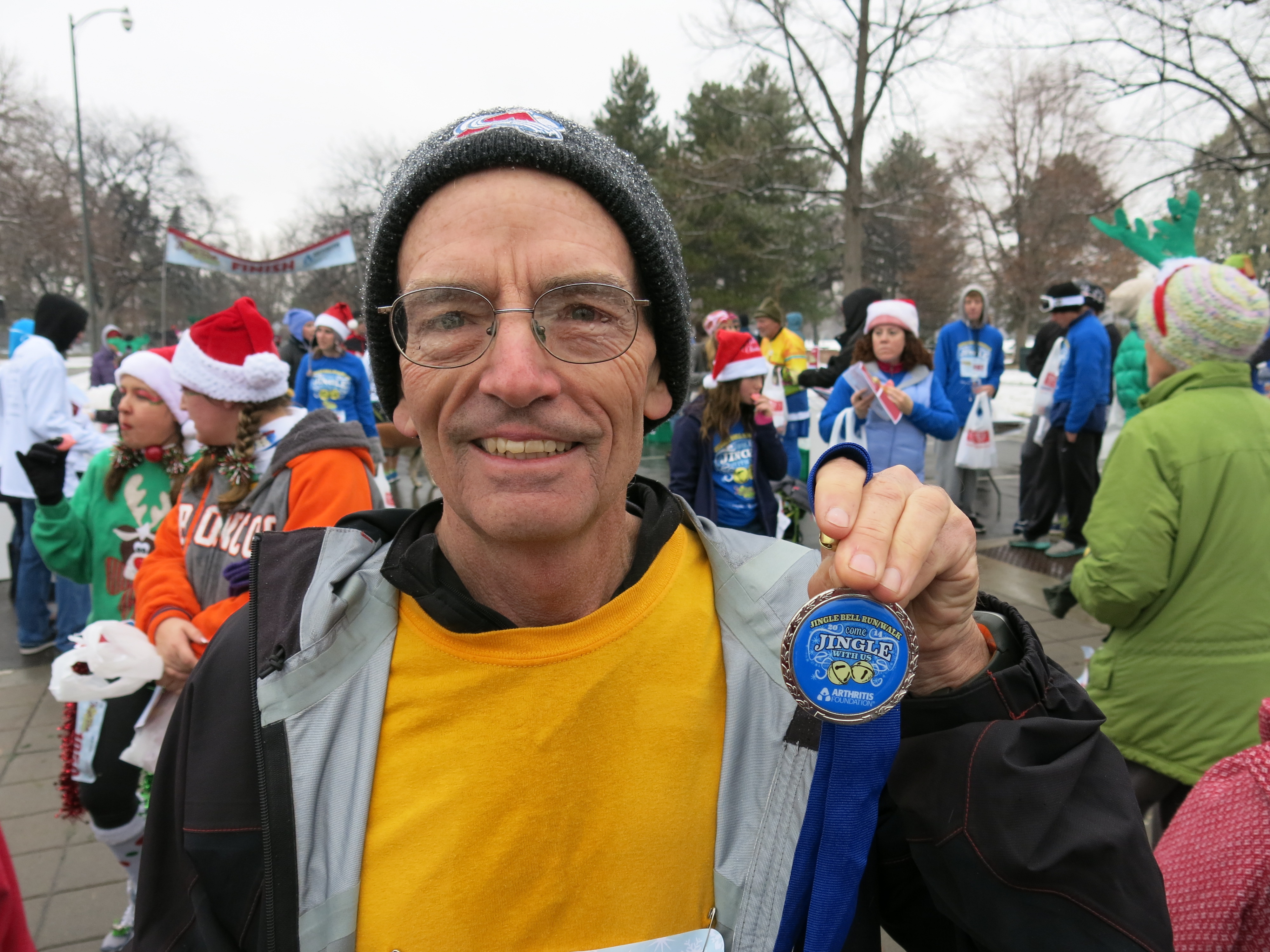 (Photo: CPR/John Daley)Harry Ladewig, 64, has been running for nearly 40 years.

“I feel better when I’m running. [It] gives me energy, people at work can’t believe how fast I move around the office sorting the mail and doing the stuff that I do,” Ladewig explained.

This year, Ladewig finished Denver’s annual Jingle Bell Run in a little more than 24 minutes, winning him a second place medal among 60 to 69-year-olds. That’s about an 8-minute-mile pace.

“My brother says the secret to winning is you don’t necessarily have to train harder than the other people, you just have to live longer,” he said.

That exercise may have benefits Ladewig never considered, say researchers at the University of Colorado-Boulder. Their study found that running may help keep you young by maintaining your body’s energy efficiency.

"I think it’s one of the few optimistic findings we have about aging," said physiology professor Rodger Kram. "There’s very few physical things about my body that are as good as they were when I was 23. Walking efficiency seems to be about the only one."

Kram, himself a runner, compares our bodies to cars in his research. As we age our horsepower, our top aerobic capacity, wanes. But older runners are able to maintain their fuel economy -- their miles per gallon.

At the lab, Kram’s team measured how much energy older runners spent at three speeds. 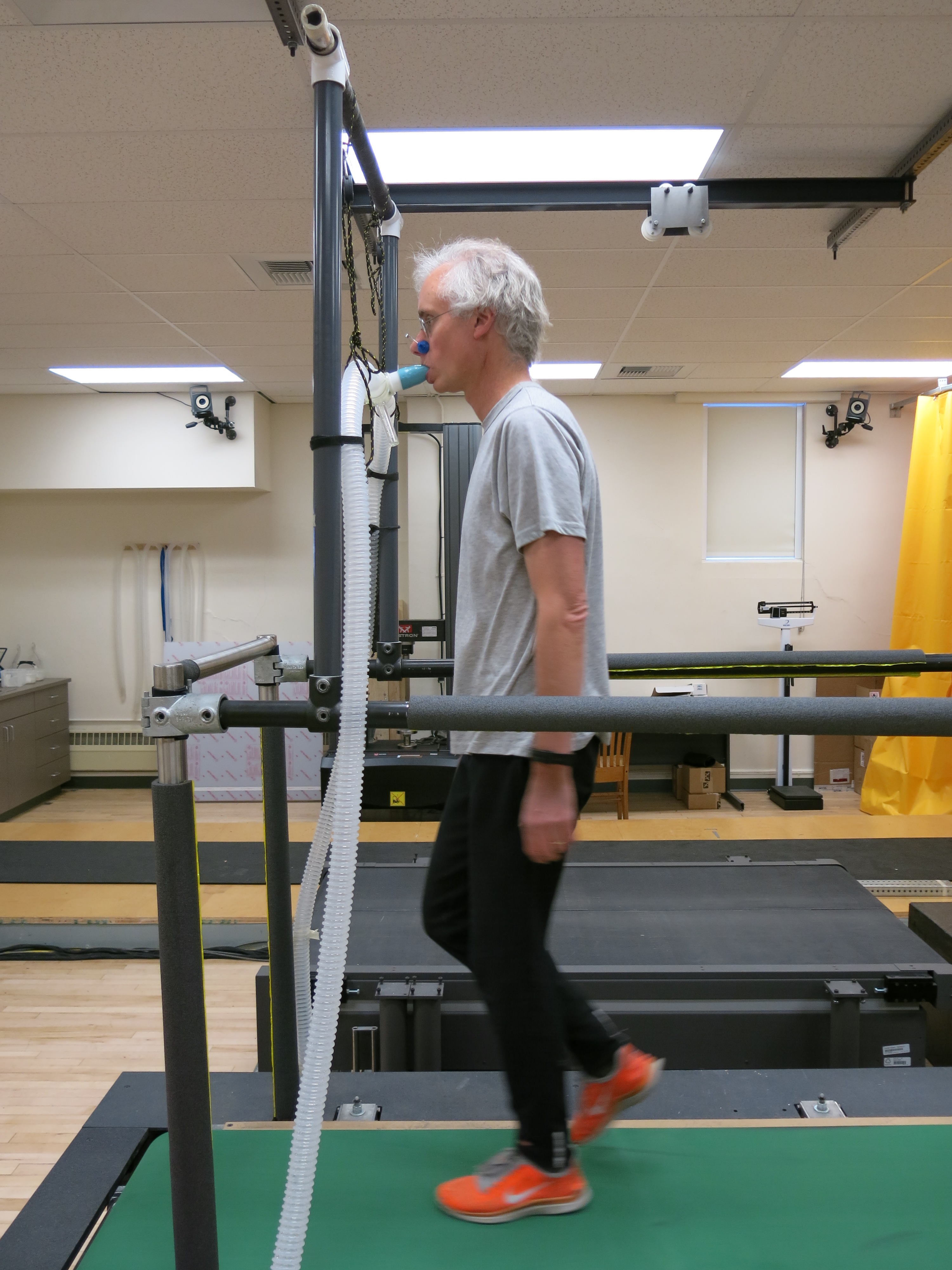 From that, researchers calculate how many calories and how much energy they used. That tells them a runner’s energy efficiency.

“It’s no surprise that exercise is good for us. It’s just in this particular way that exercise seems to be preventing a degradation in our body. And that’s quite rare,” Kram said.

Perhaps it’s the intensity of running that’s good for us at the cellular level, for the mitochondria, the small powerhouses inside our cells, Kram said. Those mitochondria may unleash more power to our larger muscles, or running may maintain the springiness of our tendons.

“We’re really not sure of the mechanism. You know, that’s the way science works. You peel one layer of the onion off and just opens up more things that you don’t know,” he said.

The team’s study, which is co-authored by researchers from Humboldt State University in California, is published in the online journal PLOS ONE.  Study co-author Jacki Roby said if an older person keeps running as they age, they’ll use less energy in walking and everyday activities.

“It’ll really preserve your ability to stay active," she said.

Prior studies don’t show the same energy-efficiency benefits for older cyclists as those found in older runners. The next study will recruit senior cyclists, swimmers, rowers and cross-country skiers to see if it’s the mode of exercise or the intensity of exercise that explains the difference.

Back at the Jingle Bell Run, Ladewig says he has no plans to slow down.

“The 60-year-old in my group beat me by a couple of minutes. Good on him,” Ladewig said.