This Friday in Boulder, conductor and violinist Zachary Carrettin performs his own electric violin arrangements of Bach’s first three unaccompanied Suites for Cello.

Carrettin -- who also performs in the duo Mystery Sonata -- spoke with CPR Classical about what he learned as a touring violinist for Yanni, why he loves playing Bach on electric violin and the elusive notion of an authentic interpretation of Bach’s music. Click the audio link above for the interview.

On the twists and turns in a performance of Bach’s music: 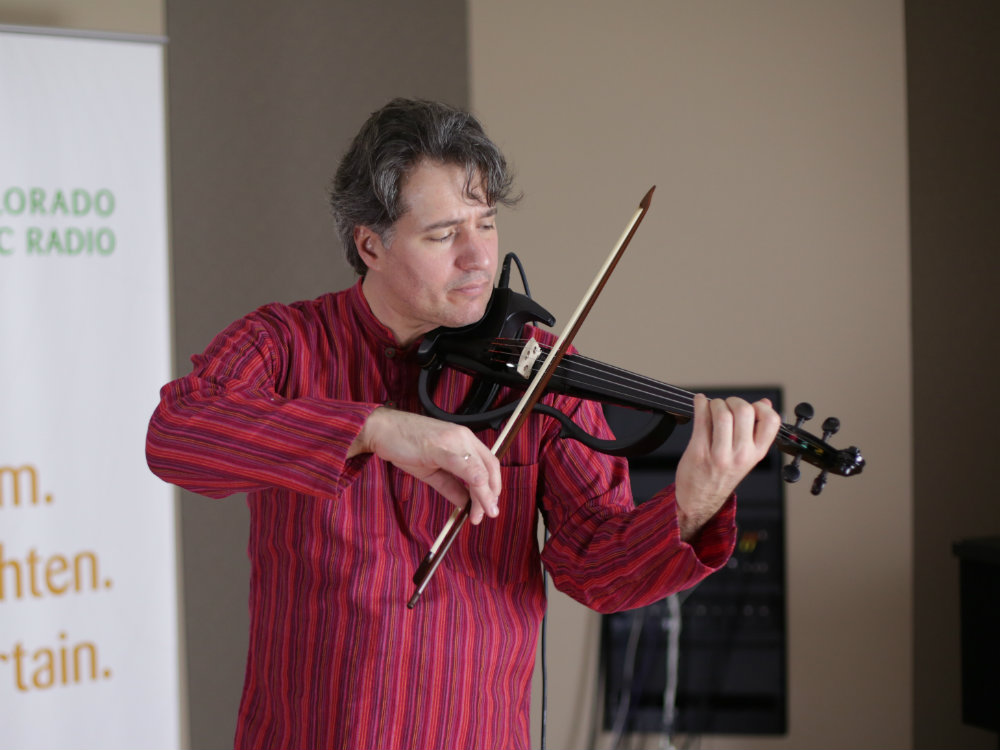 (Photo: CPR/Irvin Coffee)“When I was in elementary school I used to read ‘Choose Your Own Adventure’ novels,” he said. “The whole story changes based on what you decide at these moments. It’s the same with the harmonies in Bach. The harmonies are pivotal points. … For me, it’s thrilling. There’s no music like it.”

On how “authentic” performances of Bach’s music have varied greatly over the past 300 years:

“There’s so much that we can’t know, and there’s so much the differed from musician to musician,” he said. “I think the notion of authenticity really differs for each one of us but we can all agree that being authentic to ourselves, being true to ourselves, is really what we want to do as poets, as painters, as musicians, as artists.”

Here's more footage of Carrettin performing excerpts from the suites on electric violin in the CPR Performance Studio: