Under a new statewide rule adopted Monday night, operators will have stricter guidelines for how they extract oil and gas in floodplains.

Under the rule, new wells will need technology that allows operators to shut them off remotely; existing and new tanks have to be anchored to the ground; and pits containing fluids used during the hydraulic fracturing process will not be allowed within the boundaries of floodplains.

“It seems like we’ve gone off the deep end here,” said Ed Ingve, owner of Aurora-based Renegade Oil & Gas Company. “What are we doing here with all these rules?”

Ingve and the Colorado Oil and Gas Association raised concerns about costs associated with making the changes—particularly retrofitting requirements. 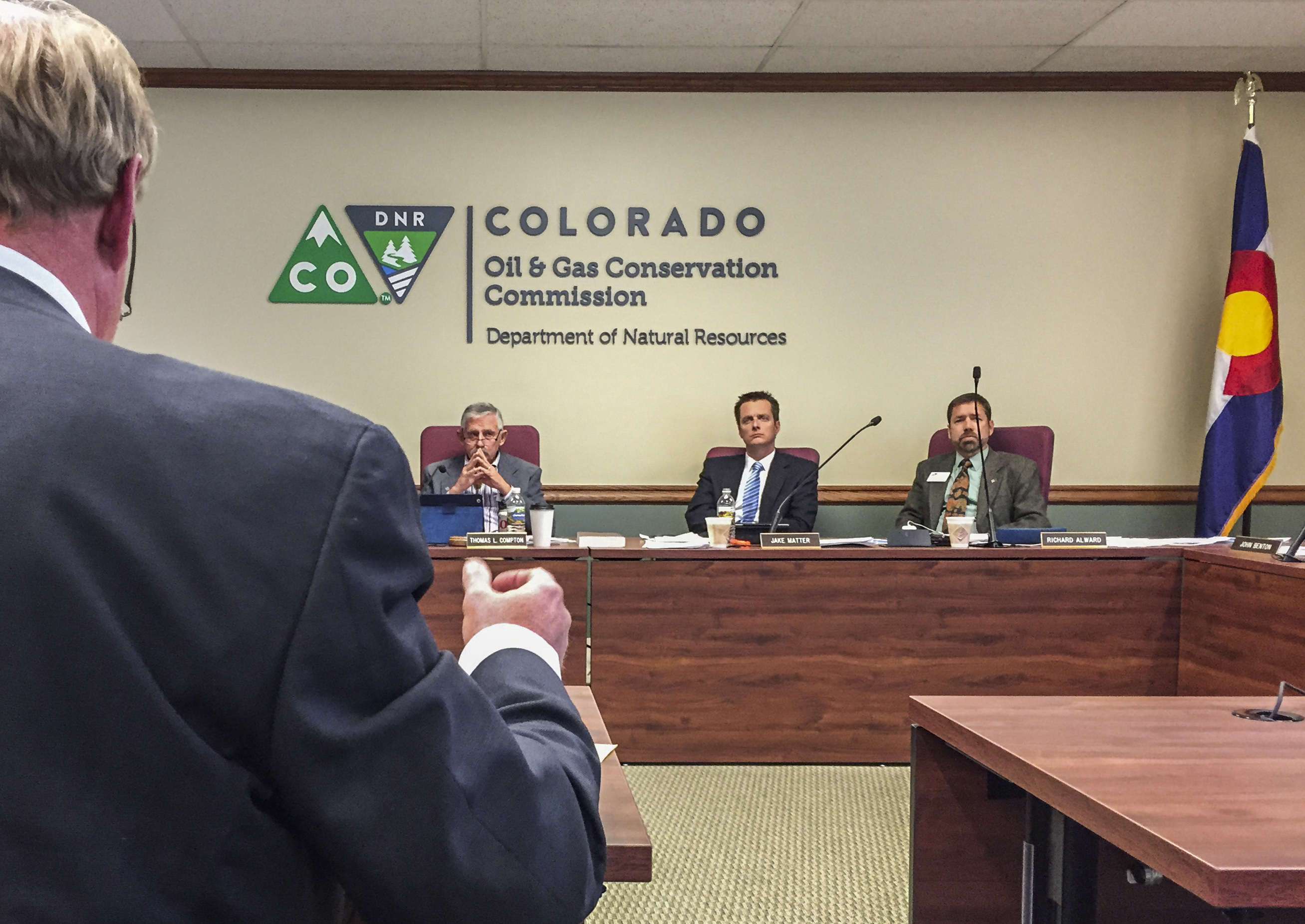 (Photo: CPR/Grace Hood)Matt Sura, an attorney who spoke on behalf of the environmental group Western Resource Advocates, endorsed the new rule. But he argued there was room for improvement. Sura advocated for a last-minute request to clarify the role of local government regulations within floodplains.

“I think Colorado is best served when we have local governments working cooperatively with the COGCC on oil and gas issues,” said Sura.

The COGCC did not adopt Sura’s recommendation.

The rule is the result of a comprehensive analysis by the COGCC, which released a report describing lessons learned from the flood last March.

Starting Aug. 1, the COGCC will also begin asking operators whether new proposed wells are within city, county, state or Federal Emergency Management Agency (FEMA) floodplains. The onus will be on companies to identify whether proposed wells fall inside the boundaries.

Deadlines for rule compliance vary depending on the requirement from April to August 2015. Under the new rule, operators can get an extension to retrofit some equipment but they have to file with the state. That deadline is next February.