water year, and if it stays that way, it would be the first time that's happened in a decade, reported the Center for Snow & Avalance Studies this week.

That's important because the dust, which is blown in from western deserts, absorbs solar energy and accelerates the melting of snowpack.

"Of course, late March, April, and May could still produce the necessary soil, weather, and wind conditions to produce dust-on-snow events for Colorado," the center's report says.

Most dust storms generally swirl through Colorado in the late winter, the center's data shows: 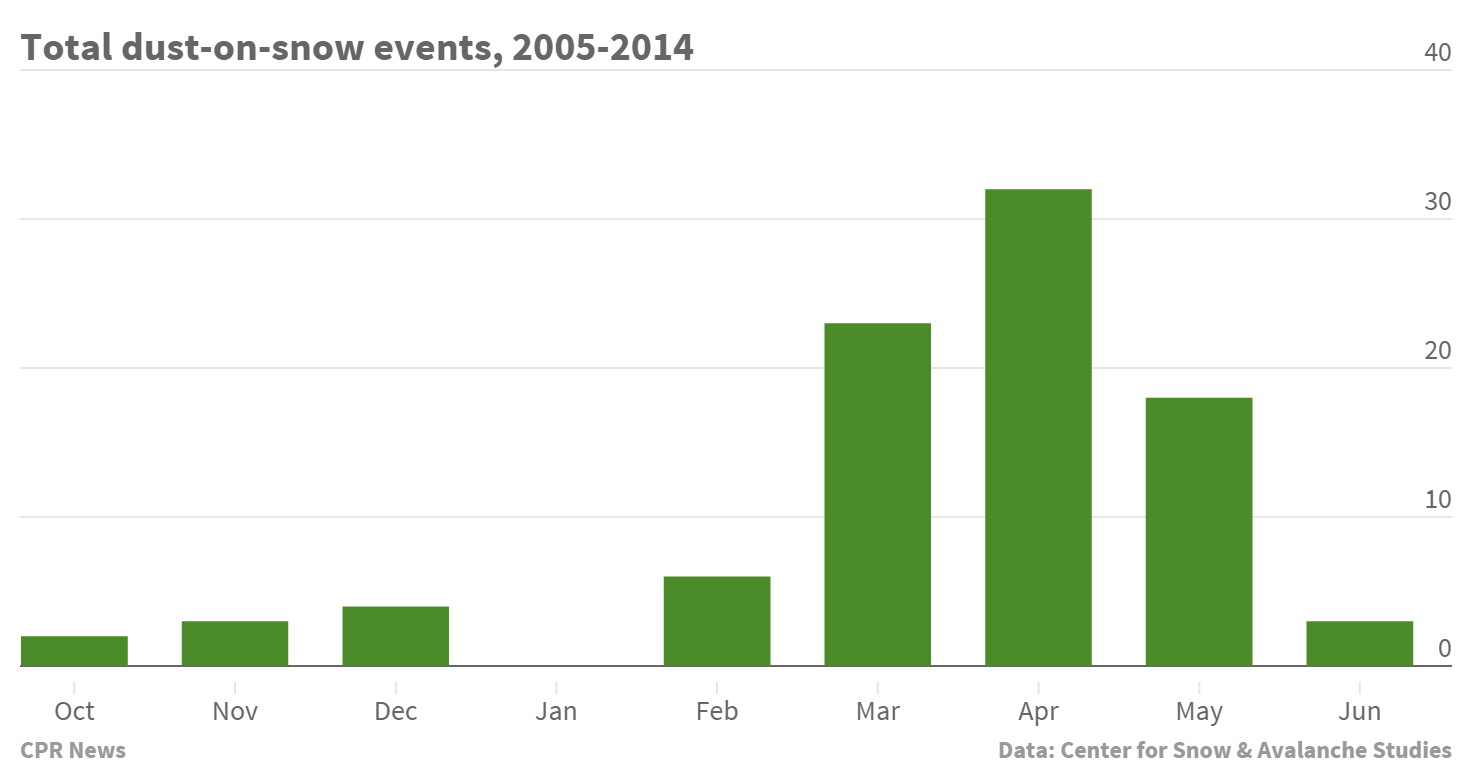 The Aspen Times reports that the Rocky Mountain snowpack is the "lifeblood for much of the arid West" and needs as much help as it can get.

The overall snowpack level for the Upper Colorado Basin, which covers much of the Central Mountains, is 89 percent of average for this time of year, according to the U.S. Natural Resources Conservation Service.

Not only is the snowpack below average, but it is already substantially eroded on sunny slopes on east, west and south aspects, Landry and his colleagues discovered on a tour of the center’s 11 sites March 17 through Friday. Lower elevations are already melted out in many areas, according to an update on the center’s website.