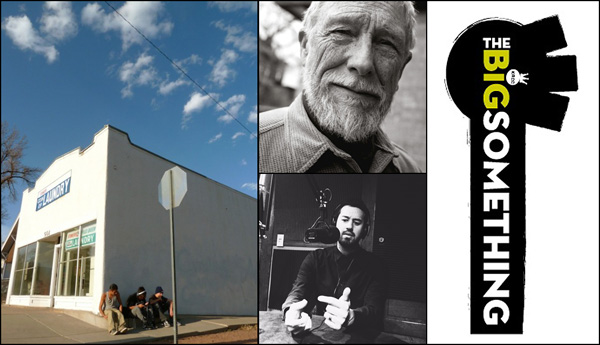 On this month’s episode of The Big Something we talk to a Greg Lutze, a Manitou Springs native who co-founded a digital photography company that aspires to be the Kodak of the 21st century; Legendary poet and environmental activist Gary Snyder speaks with us about his long and storied career; And writer Mia Alvarado takes us on a field trip to Stoner's Laundry, a laundromat that’s been a gathering place for a small neighborhood at the edge of downtown Colorado Springs for decades.

You wouldn't know by looking at Greg Lutze that he’s the chief creative officer and co-founder of a tech company that recently capitalized to the tune of $40 million. Maybe that’s because he doesn’t live in Silicon Valley, where young executives in hoodies and tennis shoes are nothing out of the ordinary.  Visual Supply Company, or VSCO, the digital photography company that he co-founded with Joel Flory in 2011, has been on a meteoric ascent in the last few years. While they haven’t shared specific user numbers for their products, evidence of their success can be found on the photo sharing site Instagram, where users frequently upload images tagged #VSCO or #VSCOcam, indicating that the photos were edited using the VSCOcam smartphone app. As of the airing of this episode, #VSCO and #VSCOcam have, combined, been used almost 150 million times, by people all over the world. The company, which also has its own photo sharing and curation platform called VSCO Grid, and a dedicated global user base, has offices in Oakland and New York. But, perhaps surprisingly, Greg Lutze has chosen to settle in his hometown of Manitou Springs, and he runs the creative side of the company out of an office in downtown Colorado Springs.

Colorado Springs Poet, Novelist and Essayist Mary Margaret Alvarado has an eye and an ear for the particulars and peculiarities of place. In this essay, she takes us to Stoner's Laundry, one of the last downtown laundromats since the recent closure of Couture’s. This essay, titled "Welcome to Stoner's Laundry," was originally published on The Hairpin, where it is accompanied by beautiful photographs taken by Alvarado.

Mia Alvarado's most recent book of poems, Hey Folly, is available from Dos Madres Press. She teaches creative writing at the University of Colorado at Colorado Springs.