At night, 22,000 LED lights flicker in waves overhead as you drive up to the entrance of The Art -- a new hotel in Denver.

This light installation is by New York City-based Leo Villareal, well-known for his “The Bay Lights” effort that illuminated San Francisco’s Bay Bridge for two years.

Step inside the nine-floor building at 1201 Broadway and you’re surrounded by art. There are works by around 40 artists, some from Colorado and many from around the world. Most are viewable to the public.

“You can spend the night at the museum,” says mixed media artist Mary Ehrin, who splits her time between Denver and California. “That was always an idea I really loved. I think it’s really exciting to be able to communicate with such a vast audience.”

“Some hotels just use decorations or cheap facsimile art,” Ehrin, who was commissioned to create the sculpture for the hotel, says. “Using real great art is important because strong work inspires strong discussion.”

Other acclaimed artists include Edward Ruscha, who emerged from the pop art movement in the 1960s. Stretching 22 feet wide and nine feet tall, his 2007 tapestry reads, “Industrial Strength Sleep.” 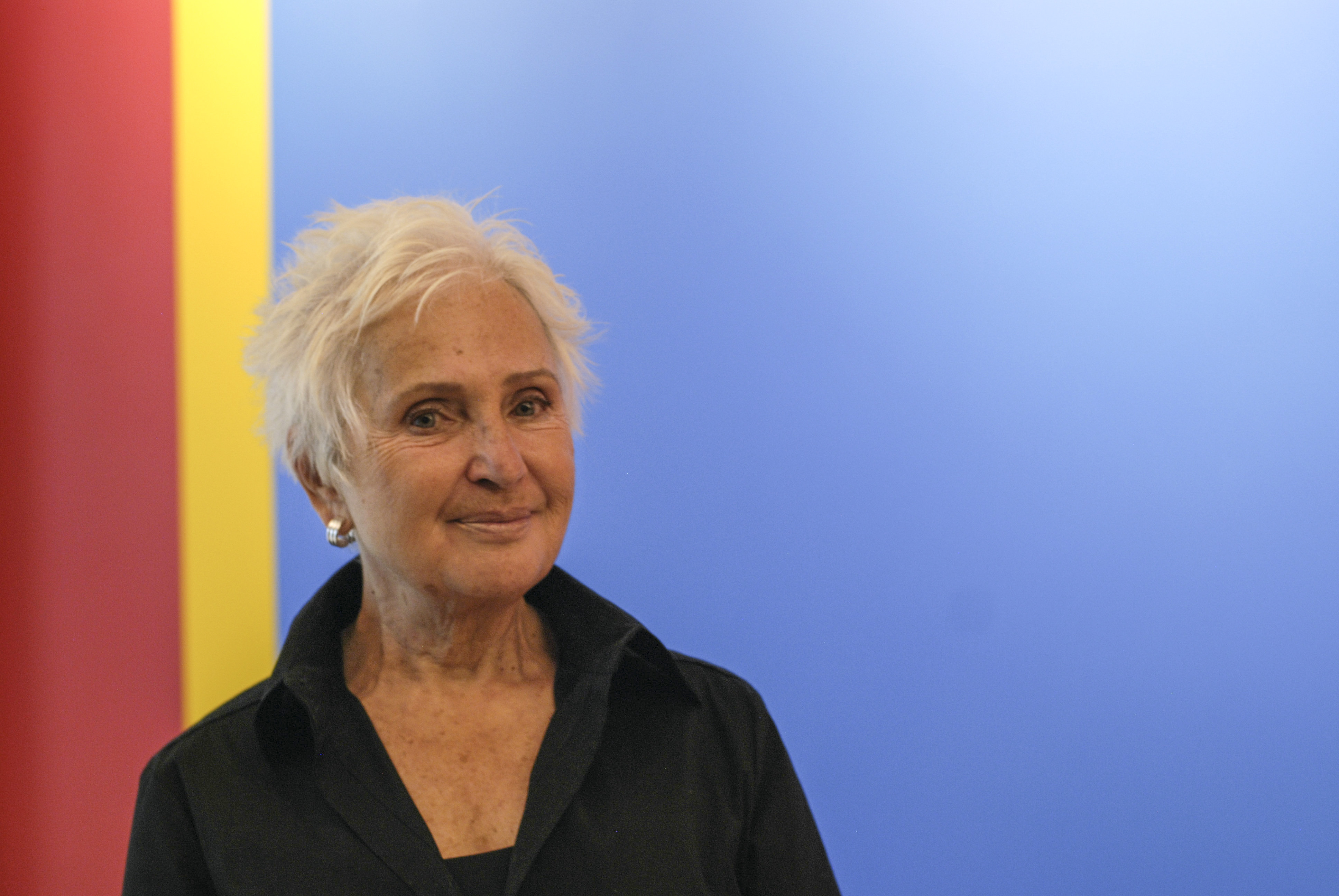 (CPR/Corey H. Jones)Curator Dianne Vanderlip oversaw the modern and contemporary art department at the nearby Denver Art Museum for 30 years. She says she picked pieces for The Art hotel that would work in your living room or in a museum.

“A lot of people are nervous about museums,” Vanderlip says. “[The Art hotel] is just a place to really be comfortable looking at major works of art.”

Much of the art, including Ruscha’s tapestry, can be seen on the fourth floor. John Baldessari’s “Eight Soups” silkscreen prints hang in the lounge near the hotel restaurant, called Fire. A horse sculpture titled “Otter” by Deborah Butterfield stands in the main lobby.

Each guest floor is also dedicated to a specific artist. The fifth floor has works by Denver painter and Drop City co-founder Clark Richert.

“It’s totally unexpected. I did not imagine that I would be in an art hotel,” Richert says. “I think contemporary art actually has a very small audience. So in a way, contemporary art needs to accept whatever audience it can get.”

The hotel is pretty tight-lipped about how much the building cost. They won’t divulge the value of the art collection either.

There are similar art hotels throughout the country. Some have works by local artists exclusively, like the Hotel Lancaster in Pennsylvania or the Crawford at Union Station in Denver. The former values its art collection, now with 269 pieces, at $300,000 and puts every piece up for sale.

In San Francisco, the Hotel Des Arts has permanent wall murals in its 51 rooms and rotates other pieces throughout the hallways. The hotel reports that the number of local works is about equal to those by artists from beyond California.

Most of the art at Sagamore in Miami Beach comes from around the globe. The hotel displays several hundred permanent pieces from the private collection of owner Cricket Taplin and also hosts exhibitions periodically.

Vanderlip says where an artist is from did not factor much into what she selected for The Art hotel in Denver.

“Ever since I’ve been working as a curator, there’s always been notions of quotas of some kind,” she says. “And it simply isn’t the way that I work. I work from the art backwards.”