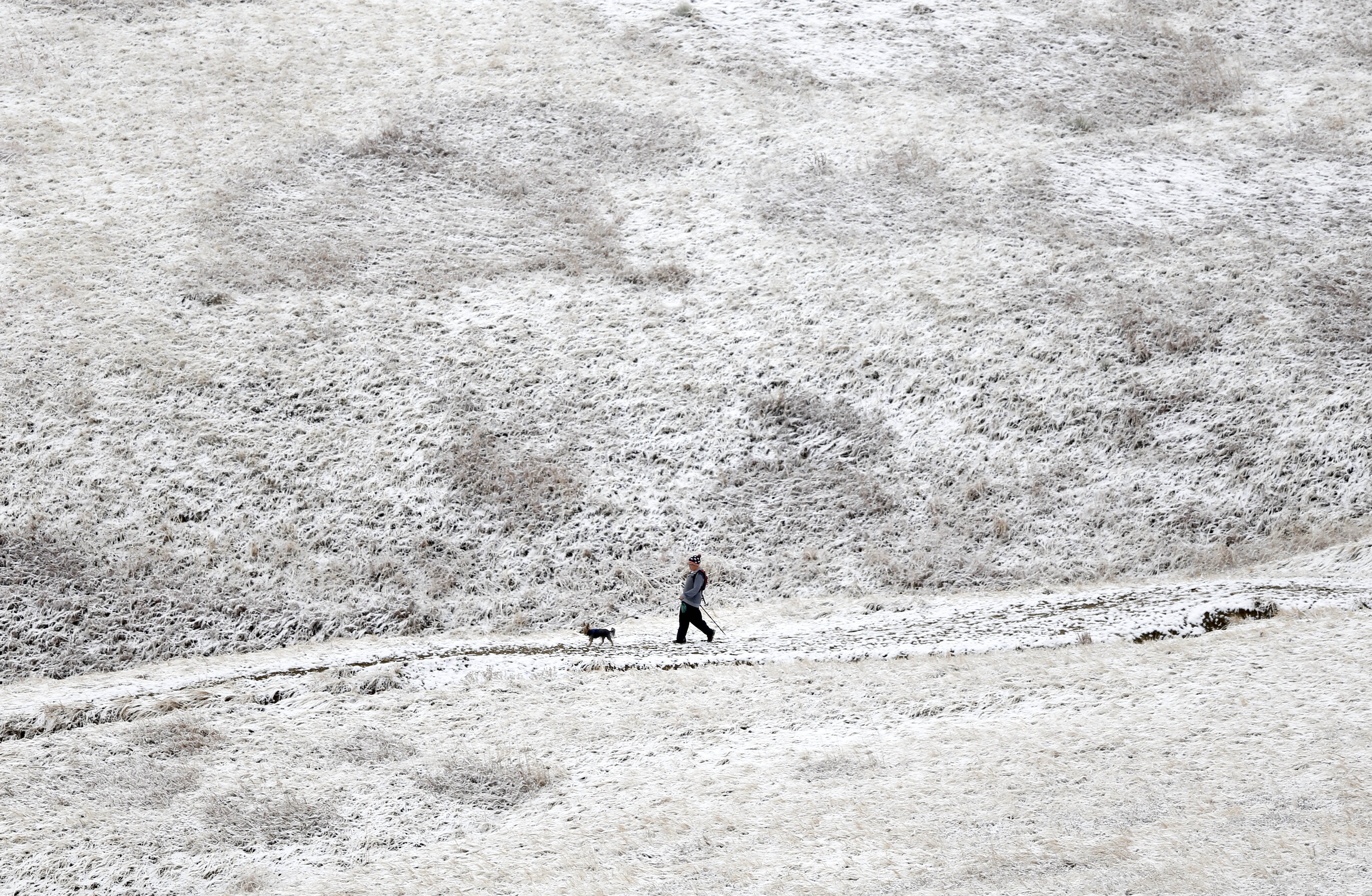 A much-hyped snowstorm moved through Colorado early Tuesday, dusting only parts of Denver and areas north to Fort Collins, but slamming the Eastern Plains and the southern Front Range and prompting avalanche warnings for the high country.

A blizzard warning remains in effect for northeastern Colorado through 2 p.m. One for areas south of Denver expired at 11 a.m. Weather watchers reported drifts of up to 2 feet in Elizabeth, east of Castle Rock.

It is still blowing hard in Castle Rock. This parking lot was plowed half hour ago. #cowx #9wx pic.twitter.com/Z9xhqtfWqK

I-70 was closed from Denver to Burlington, near Kansas. Chad Gimmestad, senior forecaster at the National Weather Service, said the snowstorm has tapered off in the metro area, but it will take "all day" to move out of the state.

"Areas from around Franktown, out across Elbert County, toward the Limon area, some places had over a foot of snow and 50 to 60 mph winds," he said. "There’s still going to be heavy snow out on the plains."

Massive snowfall and high winds have prompted an avalanche warning for Southwestern Colorado.

Scott Toepfer, with the Colorado Avalanche Information Center, says all of that snow is stressing the snowpack in Colorado and has “increased the avalanche danger significantly over what it was just on Sunday.”

“When we issue an avalanche warning we recommend that people not go riding in the backcountry, whether it's snowboarding, skiing, snowshoeing, snowmobiling any of those hobbies,” he cautioned.

The warning covers the San Juan Mountains. Avalanches are most likely in alpine regions, but could grow large enough to reach valley floors. The warning expires at noon Wednesday.

Aurora, Douglas County and Cherry Creek schools closed for the day; Denver schools were open, but some were delayed.

Denver is forecasted to warm up to 40 degrees, and may even see some sunshine by the afternoon. Warmer, drier conditions are expected through the end of the week.