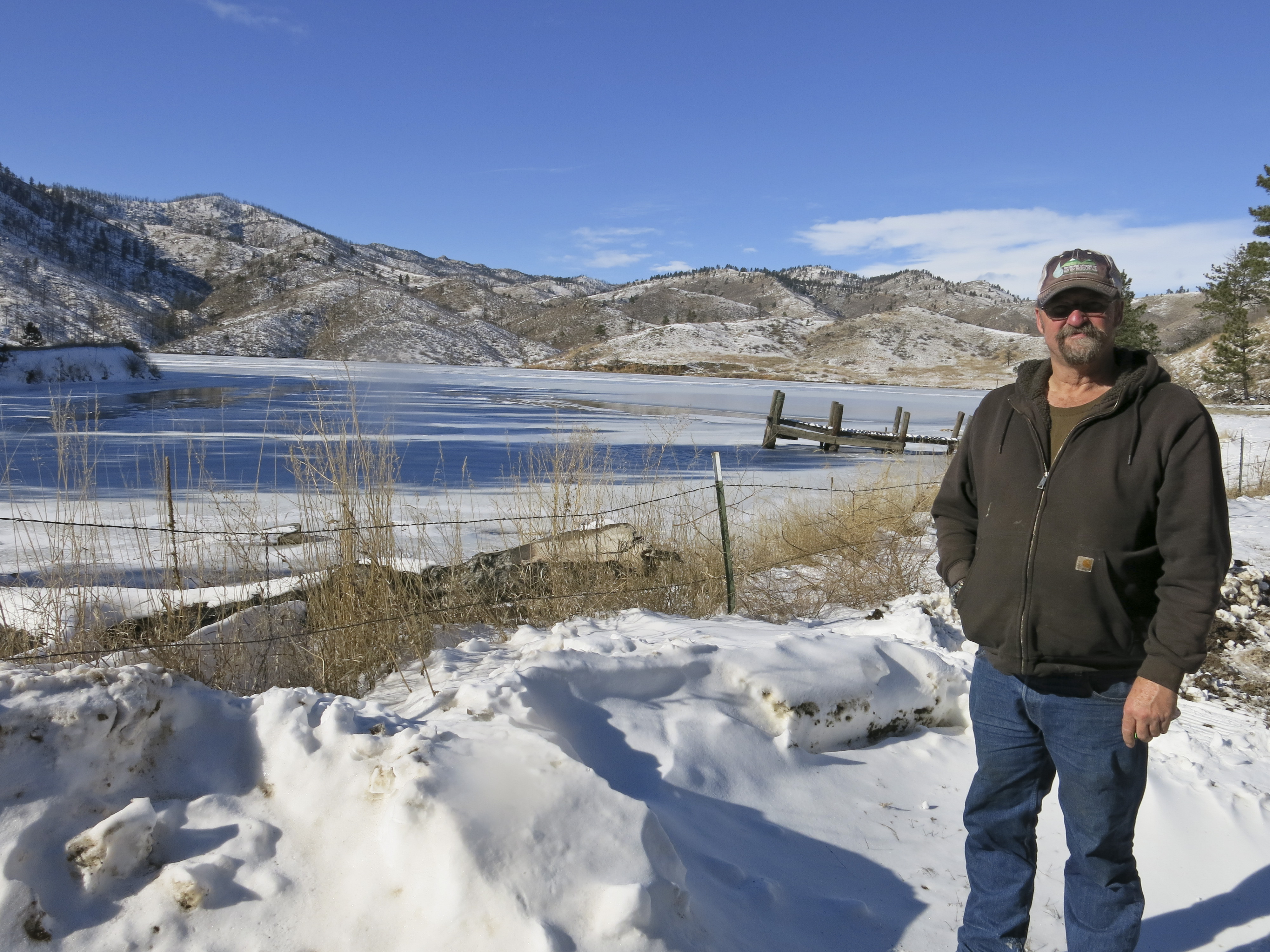 (Grace Hood/CPR News)Many people start their work day with a computer log-in screen. For Doug Billingsley, a reservoir caretaker for Greeley Water and Sewer, it begins with a snowmobile ride that feels like a bucking bronco.

Billingsley launches his snowmobile near Cameron Pass in northern Colorado through three feet of uneven snow plowed on the side of Highway 14. After briefly capsizing, Billingsley rides off into winds topping 30 miles per hour.

Billingsley looks after about a half dozen northern Colorado reservoirs that feed the city of Greeley’s water supply. The city may be located on the plains, but it has substantial water rights located far away in the mountains. On a typical day, Billingsley may test snowpack levels or dig into the ice to make sure reservoir levels are holding steady.

One thing he always checks are the dams.

"Do I see any bulges? Do I see any rises, do I see any dips? Anything out of the ordinary. Because I know what the dam is supposed to look like. Summer and winter,” said Billingsley.

In the world of 24/7 automation, there are routine tasks that some water districts don't have the resources or desire to automate. This is where reservoir caretakers come in. About 75 people across the state work in remote areas tending the state’s water supply. The job is time consuming and challenging. The reward during the summer is breath-taking scenery out your front door. 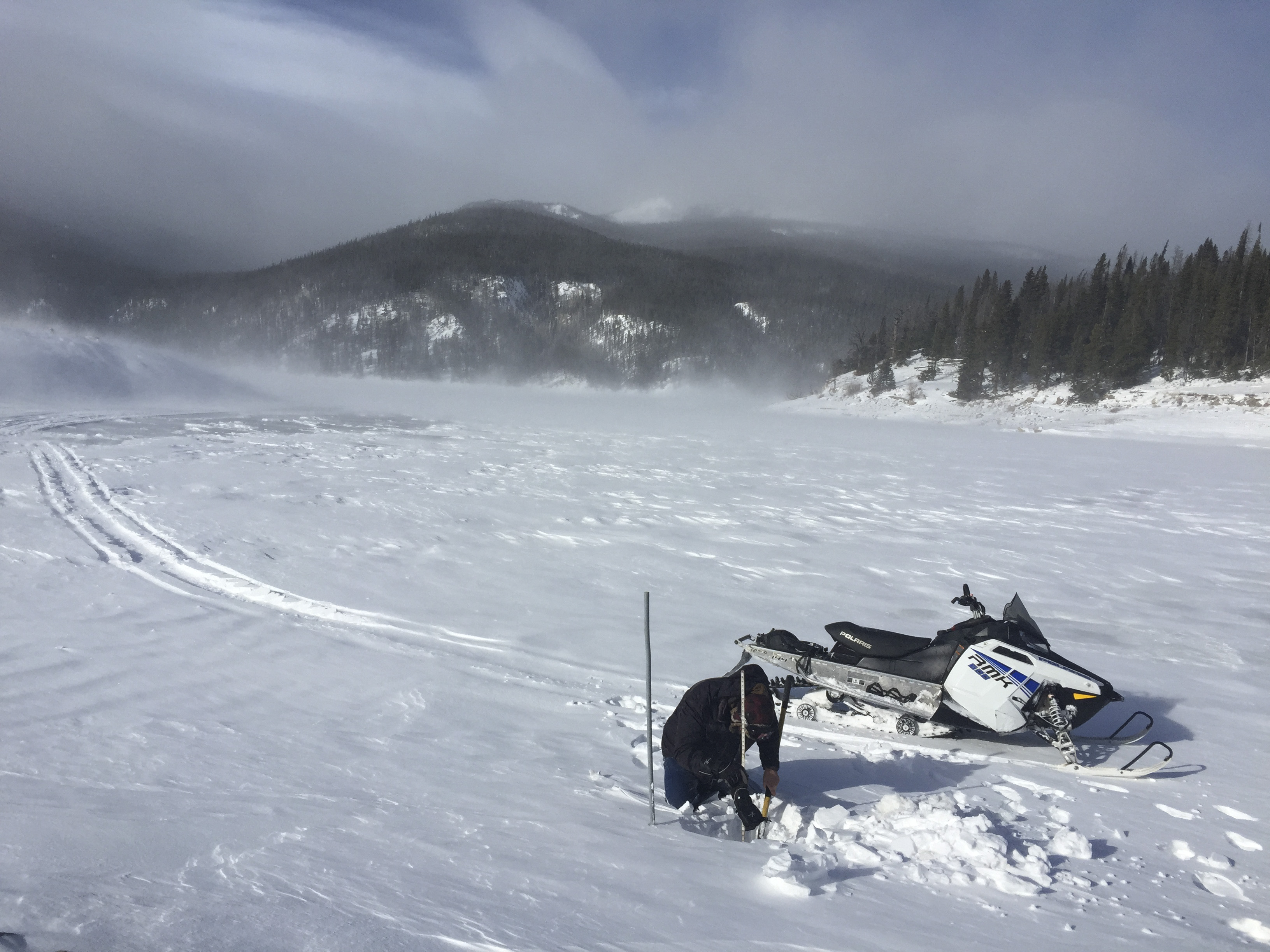 But during the winter?

Doug Billingsley, a career veteran with 20 years of caretaking under his belt, said the job can be downright brutal.

“Winter will make or break you,” he said.

The power of a trained eye

Colorado has come a long way since its worst dam failure in 1933 when Castlewood Canyon dam burst spilling water into Cherry Creek and into parts of Denver. Back then it was dam caretaker Hugh Paine who rushed 12 miles to the nearest phone. With no text or cell phones, Paine was able to initiate a phone tree credited with saving many lives.

Across Colorado, the need for a physical presence near dams and reservoirs remains for many water districts. The Bureau of Reclamation can do most of its operations remotely, and relies on about 15-20 workers stationed remotely across its system.

Some of Colorado’s dams and reservoirs aren’t as automated. Older gauges and equipment need to be manually operated. Then there’s the role of the human eye in detecting dam problems. Many water managers believe it’s still one of the best diagnostic instruments. 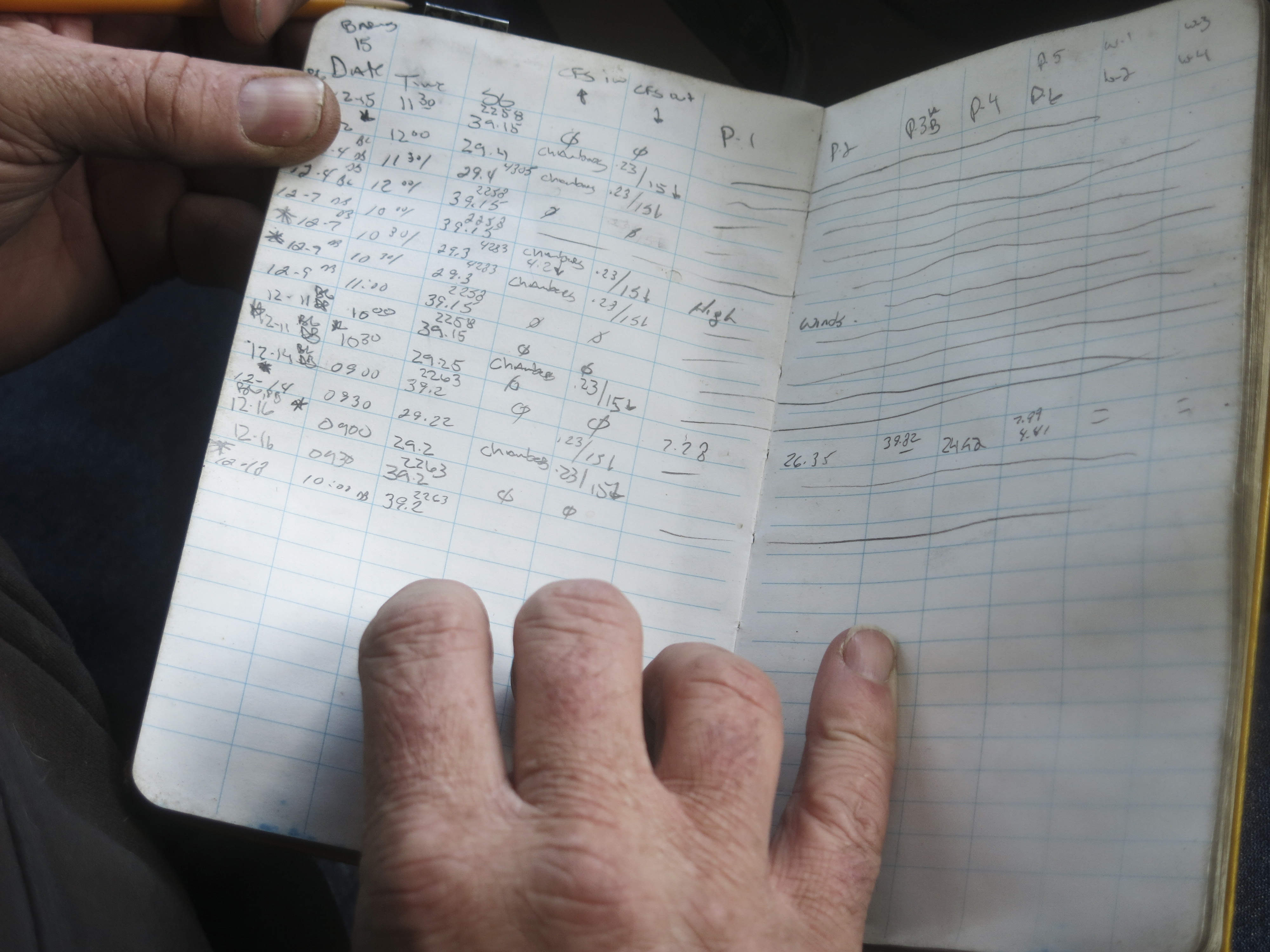 “The human eye is the best tool to be able to recognize the subtle changes that might indicate a problem happening at a dam,” said Bill McCormick, dam safety chief for Colorado.

“A caretaker’s eyes will catch that where the instrument would never see it,” said McCormick.

McCormick’s dam inspectors train reservoir caretakers on what problems to look for. The highest hazard dams are inspected every year.

One of the state’s largest employers of reservoir caretakers is Denver Water. It positions two, sometimes three caretakers at its more remote reservoirs. One of the biggest challenges -- and benefits -- of the job is the variety of tasks.

"The best part about it is that you never do the same thing twice — unless it’s shoveling snow,” joked Ryan Rayfield, head caretaker of Williams Fork Reservoir in Grand County for Denver Water.

stories of caretakers who have raised their entire families at reservoirs.

Across the Hetch Hetchy Regional Water System, which serves San Francisco Bay Area, there is typically just one caretaker stationed in remote areas. Michael Royce has one of the best posts: Hetch Hetchy Reservoir inside Yosemite National Park.

"It really takes a lot of experience and practice with each valve. That’s one reason why I think a watershed keeper will always be here,” he said.

On some days, Royce has to do measurements that can only be accessed by climbing down a 300-step ladder. When it comes to releasing water, he said each valve has its own personality.

And it’s not just technical know-how. Most caretakers say the job also requires a surprising amount of diplomacy and people skills. Some environmentalists want to eliminate Hetch Hetchy. Even though he’s in a remote area, it’s popular for recreation. Royce sometimes has to address public questions when he’s out doing his job.

“It’s an opportunity to help people understand, help people comprehend what we’re doing here. We provide water to over 2 million customers,” he said.

Despite the harsh winter conditions, most reservoir caretakers say the job is challenging and rewarding. That’s true for Doug Billingsley. He stayed put at his home at the Milton Seaman Reservoir during the High Park Fire in 2012 to watch over vital equipment. He hunkered down during the 2013 floods.

The events didn’t cause direct problems for Milton Seaman Reservoir. But Randy Gustafson, city of Greeley water resource administrator, said having a presence in the backcountry was key -- especially during the flood.

“It was critical on the aspect of just being able to assure everybody that the reservoir was operating as it should,” he said.

It used to be that Greeley Water only required its reservoir caretaker to live in the high-country during the summer months. Gustafson changed the assignment decades ago so that a caretaker is up there year round. He actually lived in the caretaker house at one time.

Despite past technological advances and future ones,  Gustafson said he expects there will always be a need for caretakers. After all, Western water will only become more valuable as populations grow and demand for water increases.

“This was the Great American Desert. Now it’s becoming even more critical to monitor and make sure all the water is utilized in a proper beneficial use,” Gustafson said.