Colorado's state budget, which is expected to be signed into law Tuesday, includes funds for a controversial program credited with helping to lower Colorado’s teen birth and abortion rate.

The program makes long-acting contraception – IUDs and implants – available for free to low-income women and girls.

It was started with money from a private foundation. But when that ran out last year, Republicans blocked a bill to start paying for the program with tax dollars. Private funds kept it running and now the new state budget includes 2.5 million for the effort.

"We’ll be able to maintain it through what we’re getting through the budget," said Colorado’s Chief Medical Officer Larry Wolk. "But certainly we’re always out there talking to other potential sources of funding to see if there’s an interest and an appetite and resources to expand the program." 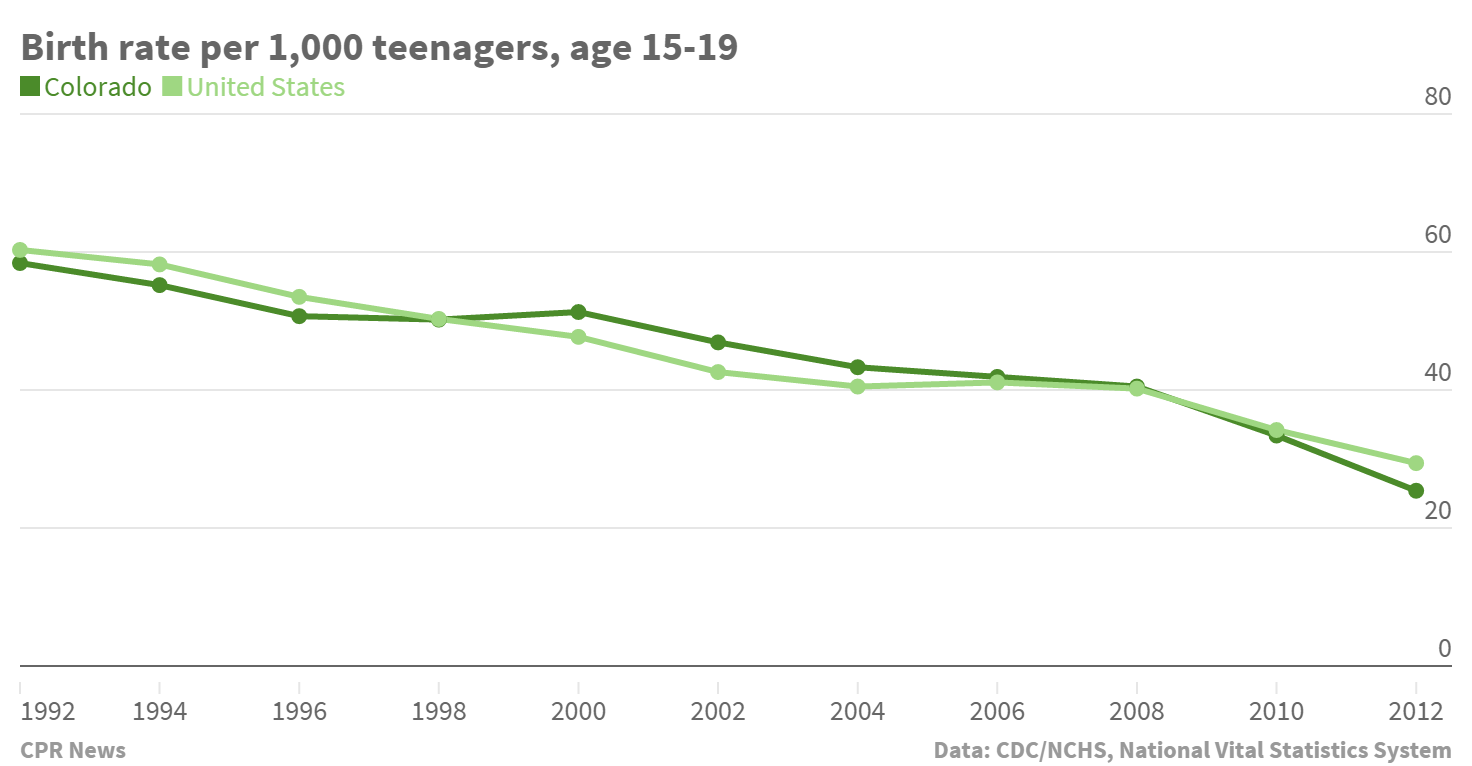 Wolk says the program is responsible for the state’s teen birth and abortion rates continuing to drop faster than the national average.