New data show that more methane is leaking from oil and gas operations across the country, and the federal government is planning to crack down on the industry.

But Colorado is already two years ahead of the rest of the country in trying to get a lid on the powerful greenhouse gas.

To see this work in progress, you need to travel to an Anadarko facility just north of the agricultural community Fort Lupton.

You would totally do a double take if you were to drive past Anadarko worker Jeff Arens while he’s on the job. Arens heads up a team of inspectors who look for methane leaks. And when he’s on the methane hunt, he uses a big ol' camera.

This $100,000 infrared camera is a critical tool for catching methane leaks that you can’t smell, and are invisible to the naked eye. To find problems, Arens looks through the camera’s black-and-white viewfinder. 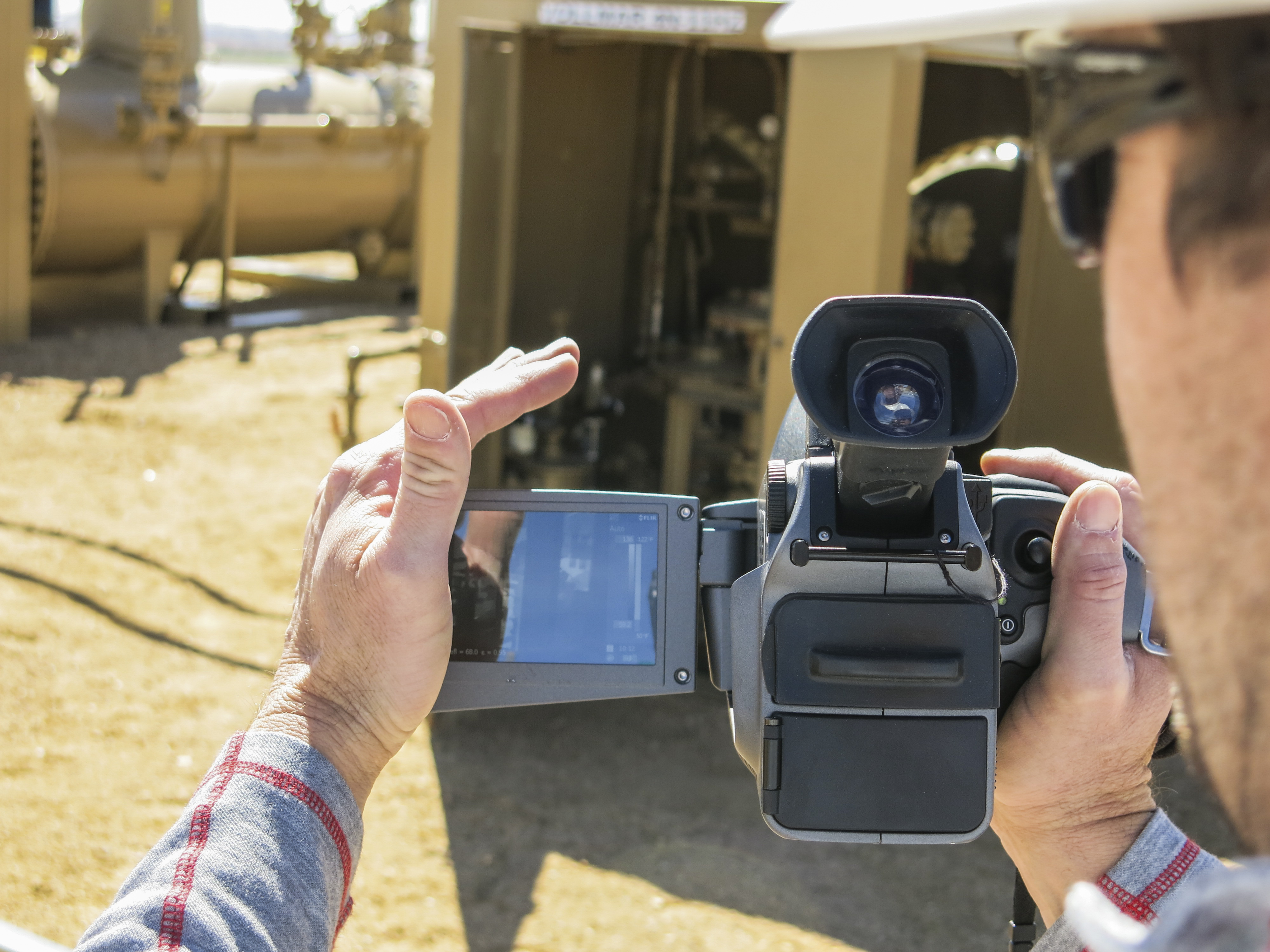 Anadarko fixes most methane leaks at the time they’re identified. That's been one benefit since Colorado regulators passed an aggressive rule to curb methane from oil and gas production. It covers new and existing well sites—where the majority of methane leaks come from.

Since the rule was adopted, Will Allison, director of the Air Pollution Control Division, said the state has seen about a 75 percent decline in the number of sites that require fixes.

"The use of infrared cameras and other tools has increased not just our awareness, but operator awareness," said Allison.

It's a benefit that came at an estimated $40 million price tag for the industry. And since the roll out, Allison says complaints about cost have been few and far between.

"Candidly we really haven't heard any concerns about the cost, or any difficulty associated with implementation."

Anadarko hired 10 additional workers to help the company comply with the new rule. The expense was partially offset by reduced emissions, and more natural gas staying in the pipeline.

Since 2014, other states like Pennsylvania, Ohio and Wyoming have followed suit. It all comes at a time when scientists who study methane are making an important observation: There’s a lot more of it leaking from oil and gas equipment than previously thought.

The Environmental Defense Fund—along with university researchers and oil and gas companies—recently completed one of the largest studies on methane yet.

It didn’t include Colorado because it's been heavily researched, but found that oil and gas sites are emitting more than previously thought

"We really are still at the beginning," said Dan Grossman, national director of state programs for EDF. "As we learn more about the problem, and as technology advances and the cost of compliance and reducing these emissions continues to go down, I think we’ll see policy revisions to reflect all that."

To help curb climate change, the federal government has proposed a number of rules to reduce methane. The most wide sweeping one focuses on new and modified oil and gas sites across the country. Grossman says it's a good start. But he thinks the Colorado approach is more thorough -- they’re doing more frequent inspections.

The EPA draft rule is something industry groups oppose. One of the most vocal critics so far has been the American Petroleum Institute.

API’s Gerard said the country is in the midst of an "energy renaissance."  Low oil prices are already financially hurting oil and gas companies. He says additional regulations aren’t necessary.

Colorado has one concrete takeaway since the 2014 rule took effect -- methane leaks happen. So the more checks that operators do, the more opportunities there are to catch them. The state has its own inspectors, too. But the onus rests on companies to catch leaks. 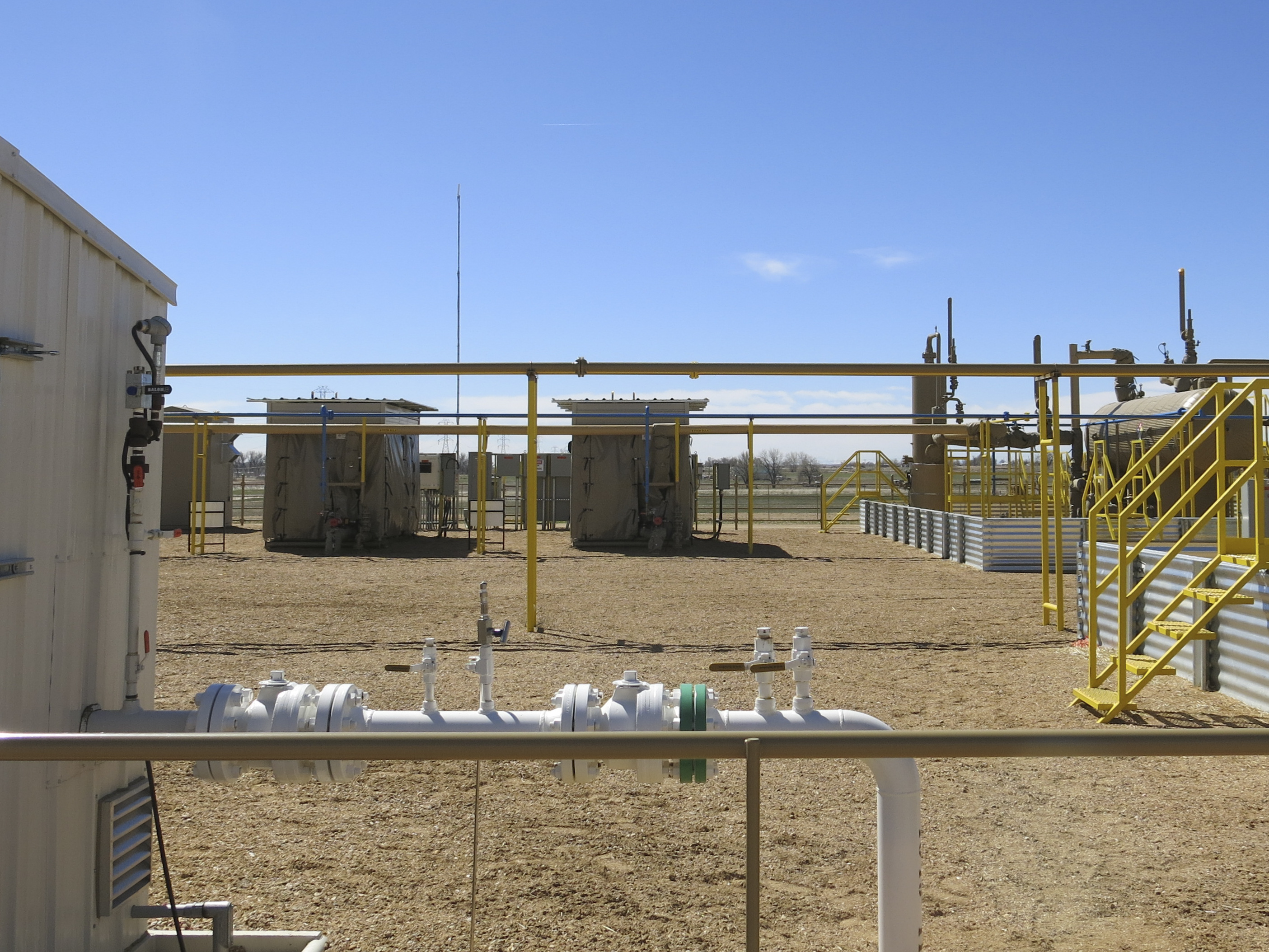 "We’re going to have leaks. It’s unavoidable," said Jennifer Shea in Anadarko’s Environmental and Safety Group. "Because of the pressure that this equipment is under, it’s just the nature of the beast, really."

Improved equipment could also help curb methane leaks. A new Anadarko production facility doesn’t use tanks to store oil -- tanks and their hatches can be one of the biggest methane leak culprits.

"Because of the innovative technologies that we’ve employed," Shea says, "by the time we get it to the storage tank it’s basically a stable oil."

Shea says innovations will continue to make it easier to catch the potent greenhouse gas. Environmentalists say that's another step in the right direction. In the coming years, it could all add up to easier and increasingly inexpensive ways to trap methane.