Colorado will have a crowded ballot in November, with questions on things like tobacco taxes, changing the presidential voting system, raising the minimum wage. And groups inside and outside of the state are amassing millions for the battle.

Since April, an average of $11 million a month has poured into Colorado political committees, according to an analysis of state campaign finance data.

Here's a look at the top political committees in the state, by how much money they've raised in total. 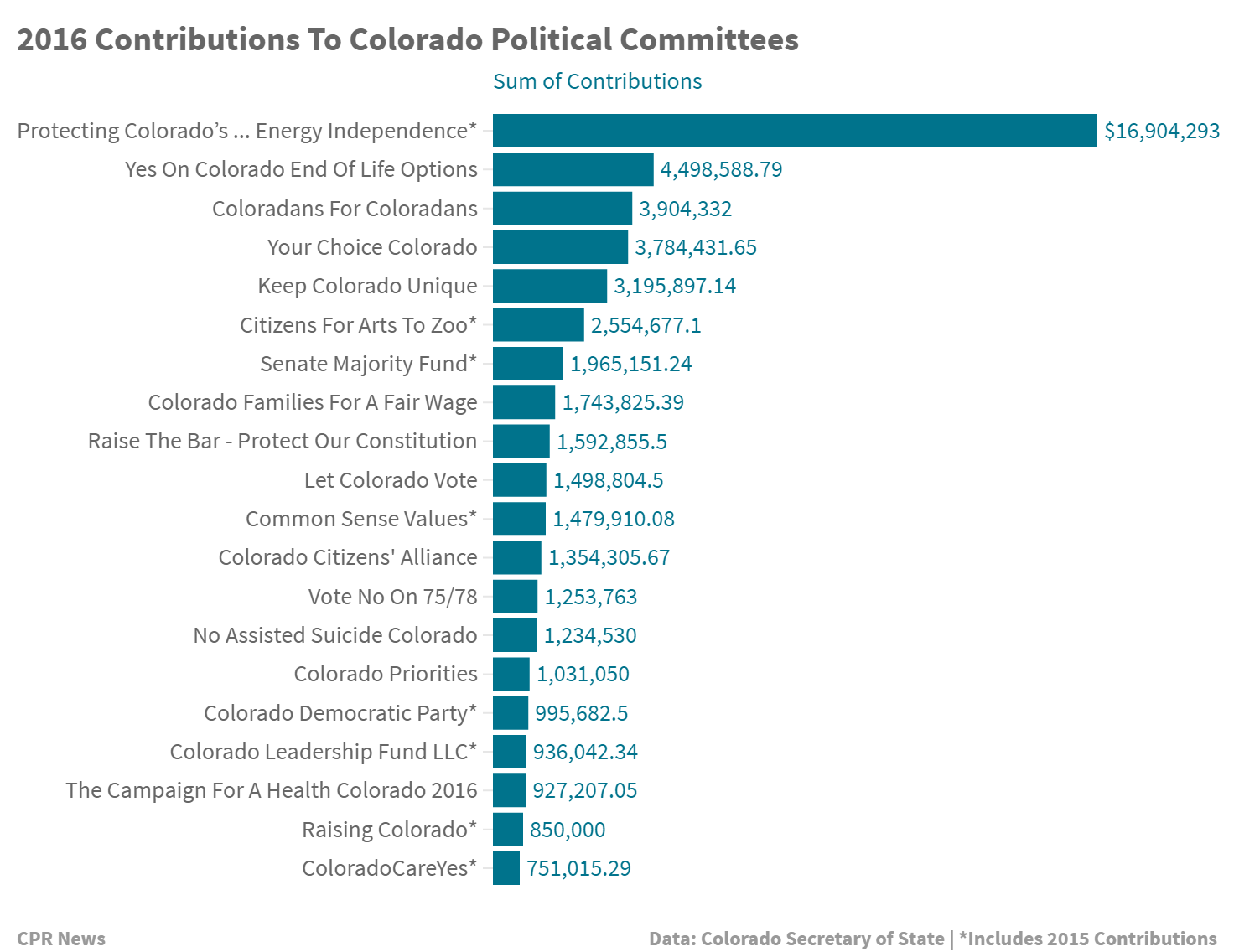 And here are the top committees, by what they pulled in roughly over the month of August: 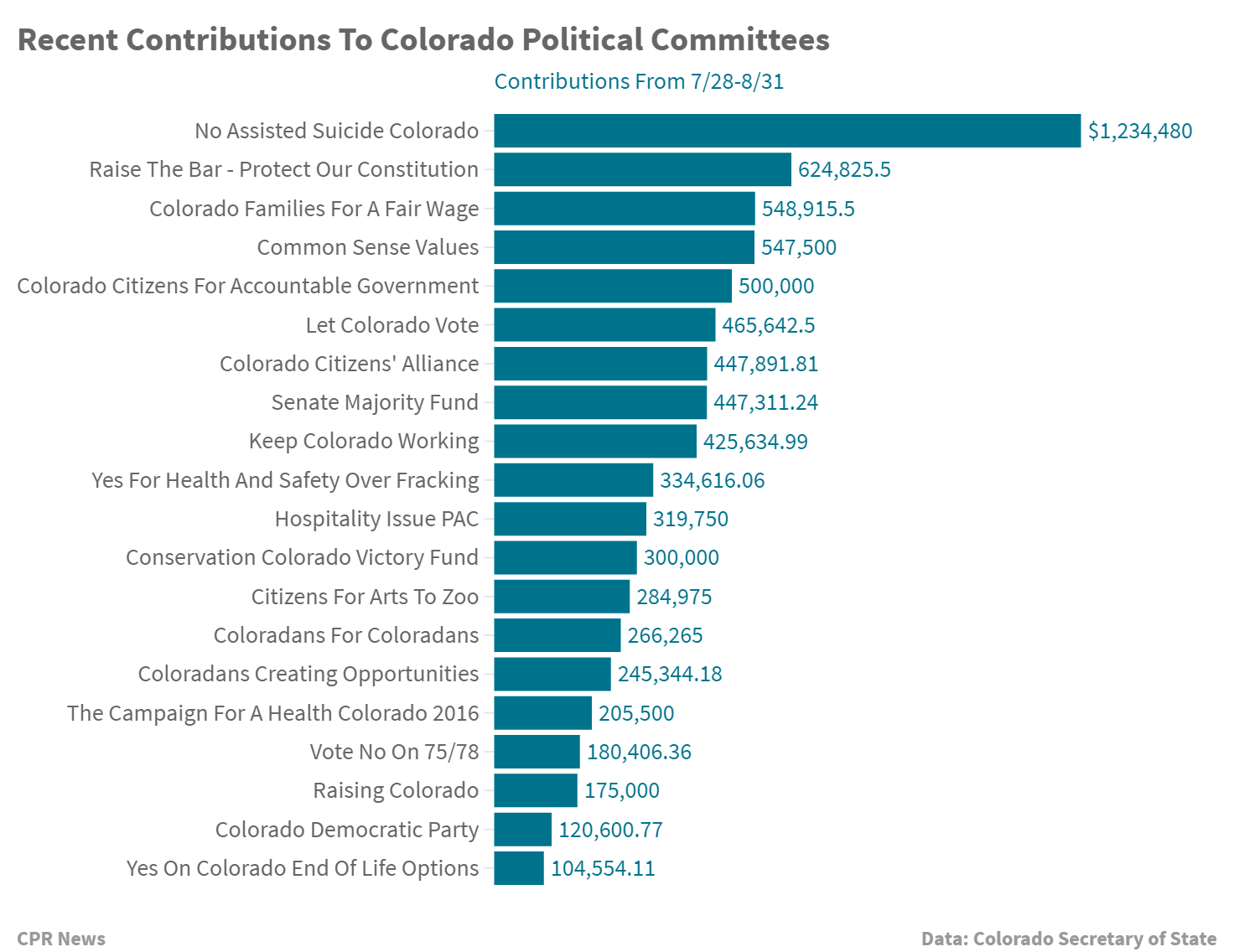 The various health-related measures on the ballot are attracting a lot of contributions in the latest campaign finance reports. A group called No Assisted Suicide Colorado, funded primarily by the Archdiocese of Denver, brought in $1.2 million last month. It’s the first significant opposition money raised against a measure that would allow terminally ill patients to get a prescription for drugs to end their lives.

The group supporting the initiative got started early and has raised four times the opposition. Yes on Colorado End of Life Options has now raised $4.5 million.

Meanwhile, Philip Morris is battling the American Heart Association over an increase in Colorado’s tobacco tax. An organization backed by cigarette companies started an opposition group a few weeks ago, No Blank Checks in the Constitution, and contributed nearly $700,000 to it in August.

While the American Heart Association is the top donor for the Campaign for a Healthy Colorado 2016, supporting the tax increase. The two groups are not far apart in fundraising -- less than $300,000.

Money is piling up against a single-payer health system in Colorado called ColoradoCare. In August, two opposition groups raised more than 10 times what ColoradoCare supporters could muster. Businesses and major health plans have now amassed about $4.4 million for the fight. For its part, ColoradoCare doubled contributions from July to August, but it’s still way behind the opposition.

The minimum wage is another issue bringing in a lot of out-of-state dollars. Colorado’s proposal to raise the minimum wage to $12 an hour by 2020 is primarily supported by a variety of unions and interest groups in Washington, D.C., New York and California. In fact, despite its name, Colorado Families for a Fair Wage, the group gets 88 percent of its financing from outside Colorado.

Restaurants are main backers opposing the minimum wage increase. Elway’s and Hacienda Colorado are giving to Hospitality Issue PAC, which in turn is the largest donor to Keep Colorado Working. The top donor, however, is a Virginia-based organization called the Workforce Fairness Institute, which bills itself as a group of various businesses opposed to minimum wage increases.