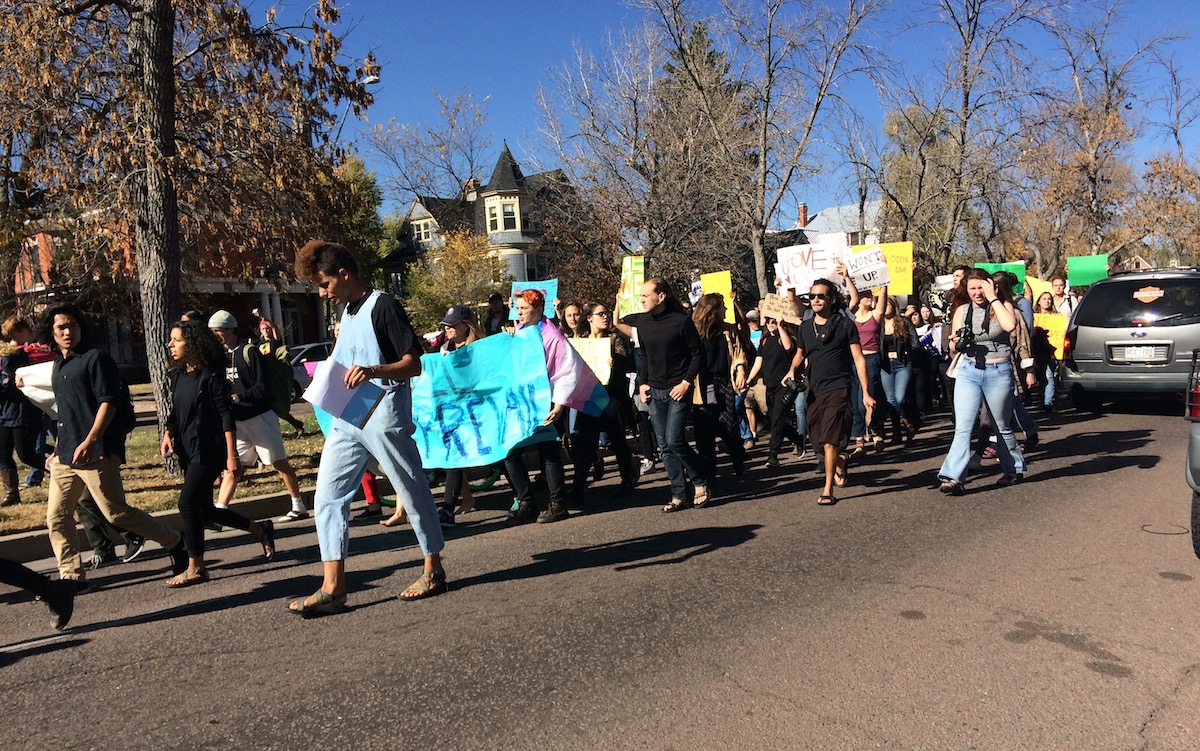 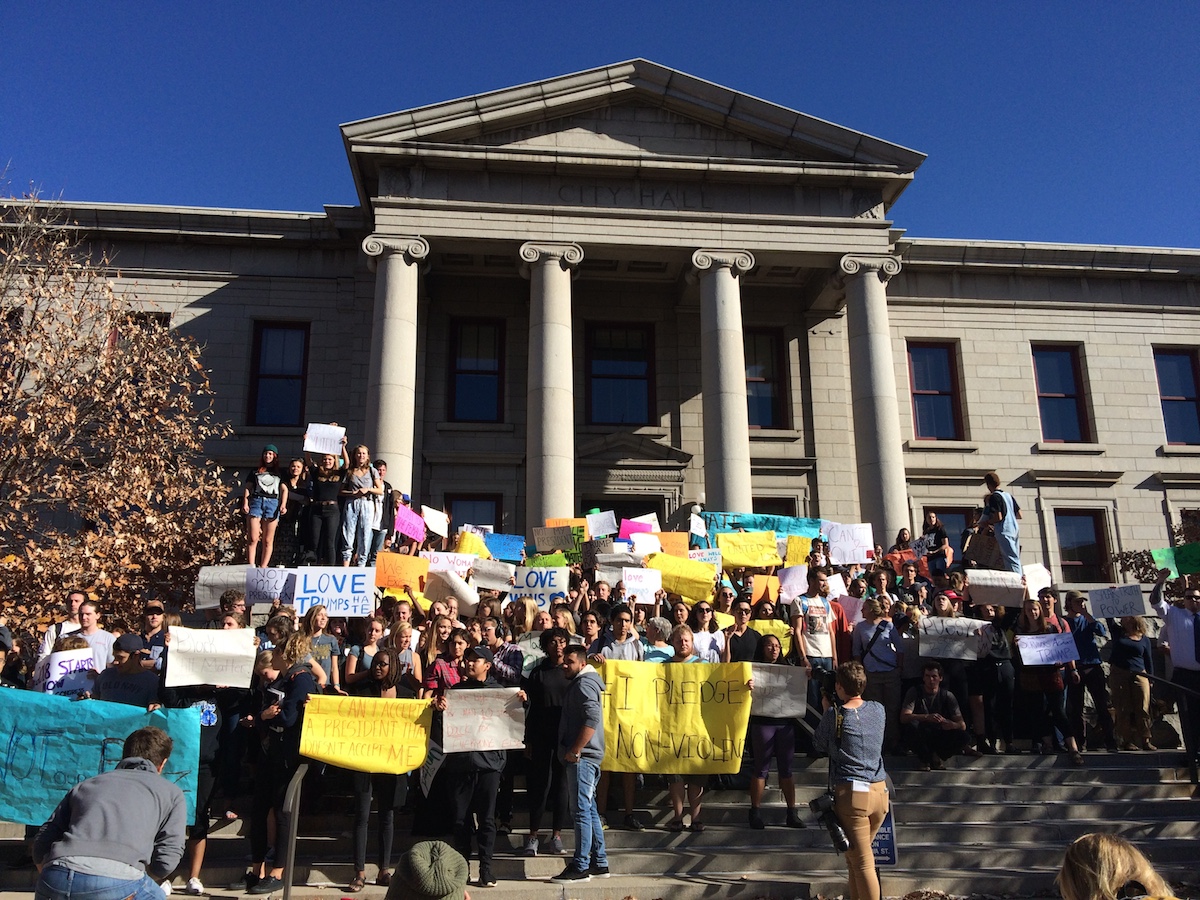 A march in Colorado Springs that began at Colorado College today was one of several across the country in response to Republican Donald Trump's presidential victory over Democrat Hillary Clinton.

People gathered at the flagpole at Colorado College around noon, many holding signs reading "We are awake. Let's go," and "Love Trumps Hate," among other messages.

They marched down Nevada Avenue, stopping outside Palmer High School to chant "You are loved," to students there. Some Palmer students and others joined the march, which continued to Acacia Park.

Several people took to the megaphone at the amphitheater in Acacia park, including more than ten Palmer students, who said though they couldn't yet vote, they were determined their voices would be heard.

With cooperation from the Colorado Springs Police Department, the march finished at the steps of City Hall, where more than 100 stood together, chanting "Not my president."