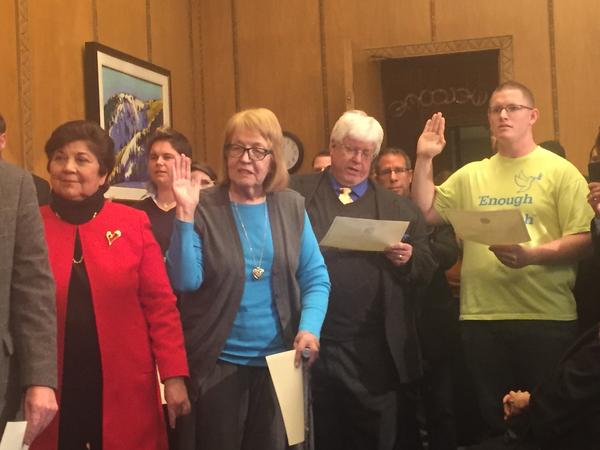 Bente Birkeland / Capitol Coverage Michael Baca (far right) took the oath with the other electors, but he didn't vote for Clinton. 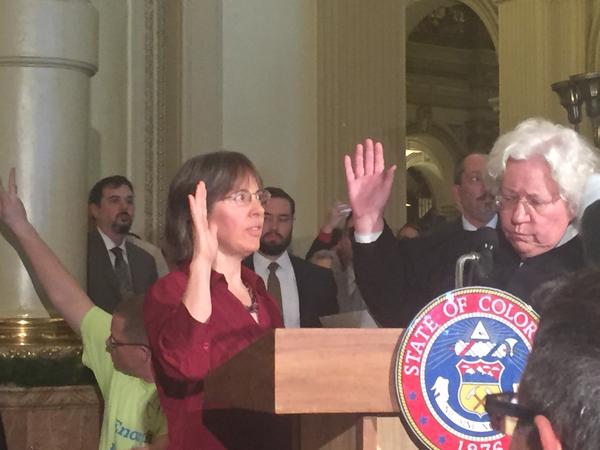 Bente Birkeland / Capitol Coverage A new elector is sworn in to replace Baca. 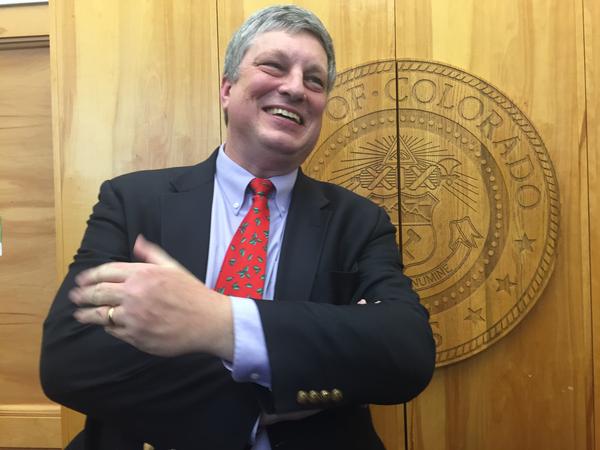 Several hundred people descended on Colorado’s state capitol on Monday to protest the Electoral College process and watch the state’s nine electors’ vote. One elector was replaced after he failed to vote for Hillary Clinton. He could face up to one year in jail or a $1,000 fine.

“I’m here to support the electors to vote their conscience,” said protester Valerie Wedel. She lives in the foothills west of Fort Collins. “I agree with changing the system.”

Protestors, including Wedel, praised elector Michael Baca. He signed an oath pledging to vote for the winner of the popular vote, but he said he wrote in the name of Ohio Gov. John Kasich for President instead of Clinton. He was then replaced by another elector.

“While anyone is free to support whomever they want to in the early stages of the process or even when they vote, when you vote as an elector, you’re acting as a representative for the people of Colorado, and Colorado law is very clear that you must vote how Colorado voted,” said Republican Secretary of State Wayne Williams.”

Williams said he would send notice of Baca’s actions to the state attorney general. The charge Baca could face -- failure to uphold public office -- is a class one misdemeanor. Williams wouldn’t say whether he thought Baca should be charged.

“I do think you should follow your oath and I’m disappointed he didn’t,” said Williams.

Colorado's nine electoral votes were ultimately cast for Clinton, confirmed by the Secretary of State's office in a press release.

Colorado’s law binding electors to the popular vote winner was reaffirmed in both the state and federal court. The goal for protesters and some electors has been to send a symbolic message across the country, urging electors in states that went for President-elect Donald Trump to reject him.